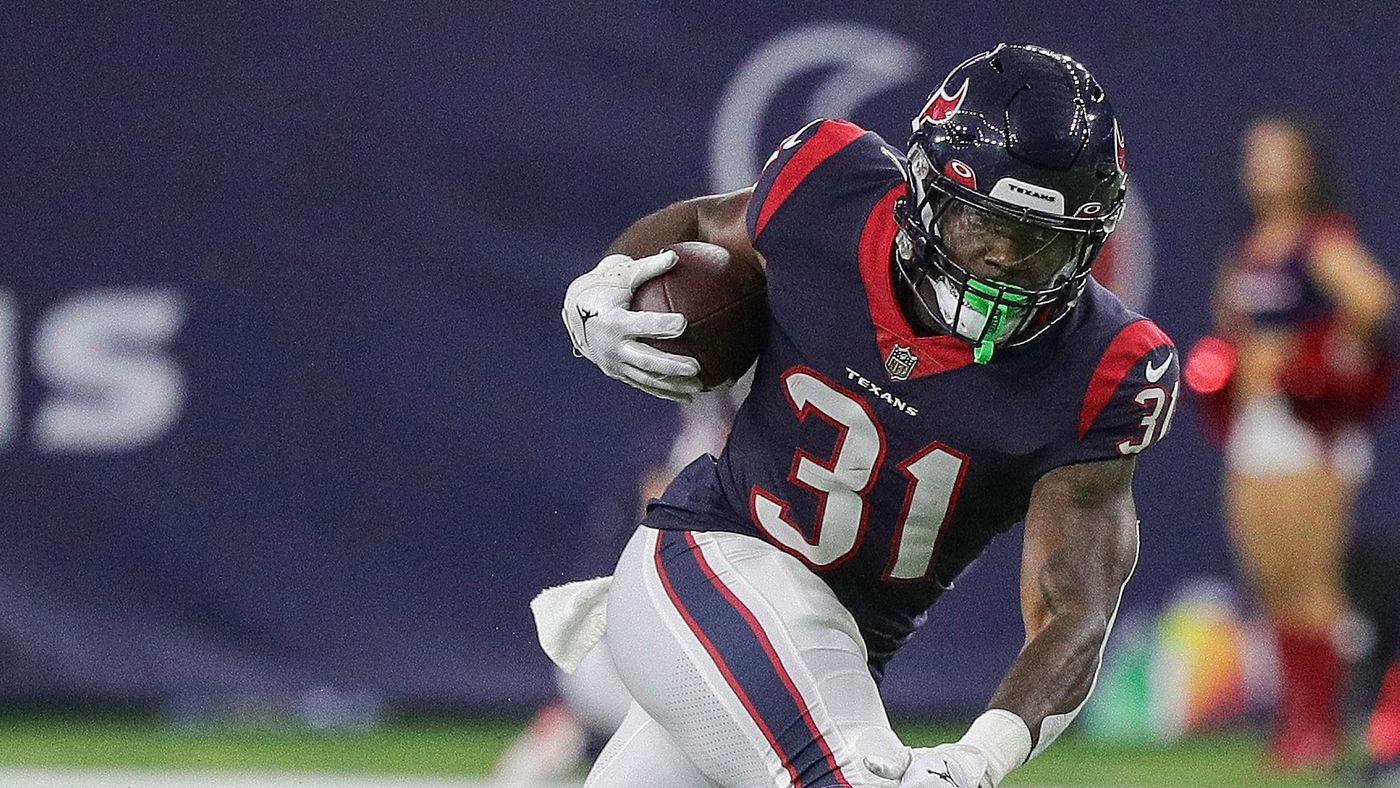 Do you feel that? Ah yes, it’s the anticipation of Week 1 upon us. Now that the pre-season is over and we’re in the heart of fantasy football draft season it’s time to roll up our sleeves and get ready to dominate your drafts. One way to be on point in your draft is to evaluate the fantasy landscape and try to determine who are some players that are rising and falling in the latest drafts. Here are some players' latest ADP stats that will help you on draft day.

What started as a pebble rolling down the side of the mountain has now turned into an avalanche. Holy smokes, the Dameon Pierce rise in ADP is at an unbelievable state at this point. The rookie running back started off August with an ADP in the 11th round and now has skyrocketed to the early seventh round. It may be too rich for many fantasy managers, but if you start with a Zero RB strategy Pierce would be an excellent running back to grab as he could produce RB2 numbers this season. So get ready to pull the trigger in the early sixth round if he is still there.

Dameon Pierce had a 92.4 PFF Grade this preseason

That is the highest preseason PFF Grade by ANY running back since 2006 🤯🤯 pic.twitter.com/mw9syPB4B8

Another rookie that has taken the NFL by storm has to be George Pickens. Pickens’s NFL Draft stock took a major hit at the tail end of his collegiate career due to injuries and off-the-field issues. The rookie wideout has first-round talent but fell to the second round for the Steelers to pounce and snatch him up. All he has done in pre-season is awaken the fantasy football manager masses with his excellent play. On August 1st Pickens had an ADP of 172 and now stands at 127. That’s almost 50 spots in less than a month. Draft him in the 11th round and enjoy the ride.

If your looking for a  running back that has steadily moved up in ADP over the last month Rhamondre Stevenson is your man. When the calendar turned to August Stevenson was sitting at an ADP of 100. What started Stevenson’s rise in ADP was the sudden retirement of long-time Patriots receiving specialist running back James White. If you are in PPR leagues and want to grab a Patriots running back, look to select Stevenson around his current 87 ADP.

It looks like this is the season for the rookies to rise up. The biggest mover in the pre-season has to be Isiah Pacheco. The seventh-round rookie’s ADP was hidden in the abyss at the beginning of August with an ADP of 331. After a couple of impressive outings in the pre-season, Pacheco is now on every fantasy manager’s radar. Although Clyde Edwards-Helaire is the current starter coach Andy Reid always loves to have a running back by committee and Pacheco did make the final cut. If you are looking for a late-round flier try and grab Pacheco before your league mates do.

Since being drafted by the Jets in April’s NFL Draft, Breece Hall has consistently been drafted in the Top 50 in any type of fantasy draft. Hall’s ADP had even crept into the third round with the assumption that the rookie running back would have the majority of the touches. Now with word from training camp that last year’s starter Michael Carter will still be involved in the offense Hall’s ADP has dropped into the fourth round. At his current ADP of 42, you may want to pass on drafting Hall in that range and selecting players that are more established like Mike Williams and Courtland Sutton who are projected to score more PPR fantasy points than Hall this season.

Last year Darren Waller was one of those tight ends that were considered to be elite and was being drafted early in fantasy drafts. Although he failed to live up to that draft capital in 2021 due to different injuries, Waller was still being drafted fairly early in drafts and at the start of training camp this year, with an ADP of 43. During the pre-season, Waller has continued to deal with hamstring injuries, and let’s not forget that Davante Adams is now in town, so Waller’s target share is sure to take a hit. Let someone else draft Waller in the fifth round, while you draft A.J. Dillon, Jaylen Waddle, or Allen Robinson, then draft Dalton Shultz in the sixth round who will be garnering plenty of targets this year due to the departure of Amari Cooper and Cedrick Wilson.

He’s being drafted in the early rounds of fantasy drafts, and I’m not a fan of his cost.

I love his talent, however I think the addition of Davante Adams adds enough uncertainty to his situation for me to comfortably go all in on Waller.

Another running back that has gradually seen his ADP tumble down the draft board has been J.K. Dobbins. With Dobbins returning from a torn ACL, we witnessed his ADP reach the mid-fourth round before the start of training camp. Now that the preseason has come and gone with the running back yet to sniff game action, fantasy managers have started to see Dobbins’ ADP drop to 54, which is in the mid-fifth round. To top things off, now there are reports that Dobbins may not be completely ready heading into Week 1. The Ravens signed Mike Davis earlier this summer and now have just signed Kenyan Drake who was recently cut by the Raiders. So draft him accordingly and don’t reach too early for the young running back as he may have a slow start.

Ultimately if you want to get a player you sometimes have to reach for them depending on your roster construction during the draft. Hopefully, this will be a guide in that process. What are some players that have risen and fallen in your eyes during the draft season?

If you would like to discuss or have any fantasy questions you can reach me on Twitter @smooth1074.