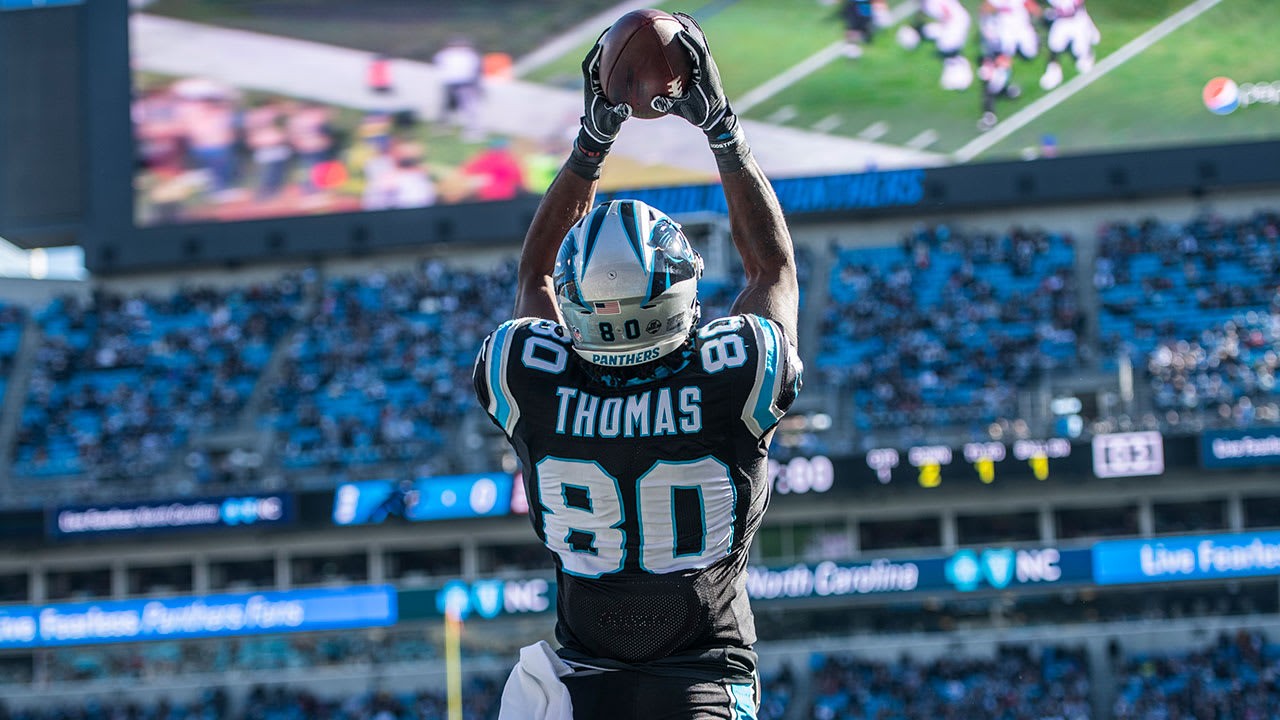 Fantasy Football ADP Values 180 and Beyond

Each year, without fail, week 1 of the NFL season kicks off and around 2pm you will see a player streaking down the field for a touchdown or hauling in catch after catch that went undrafted in 99% of fantasy football leagues leaving us thinking, why didn't I think to draft that guy? It's not always clear who these breakouts are going to be, and it's not the easiest thing to predict.

Sometimes players are thrust into action because of injury and other times coaches merely make personnel adjustments.  Sometimes it's tough for us to identify who will win certain position battles based on training camp reports because sometimes coaches roll guys out there during the preseason games based potential or draft capital.  Coaches want to get their high pedigree guys all the reps they can during the preseason, but when the bullets start flying for real, and the coaches' jobs are on the line, the truth comes out, and guys play that give the team the best chance to win.  Sometimes coaches don't know who those guys are until week 1 when the stakes are real, and sometimes all it takes is for these guys to get one opportunity, seize that opportunity, and then the job is theirs.

This year, there are several players being drafted with an ADP of 180 or greater according to NFFC data from drafts 6/24/2019 through 7/5/2019 that may come through with some serious value.  As you will read below, some of these potential breakout or rebound players were either injured in 2018, have new homes in 2019 or are looking to ascend with another year of NFL experience under their belt.

Mike Davis ADP 181 - David Montgomery is the favorite to be the lead dog in the Bears backfield this year but Mike Davis was signed in free agency for a reason and if Montgomery has any issues whatsoever acclimating to the speed of the NFL, or with pass protections, Davis may step in and be a steal at his current ADP of 181.  Last year Davis put together games where he ran the ball 21 times for 101 and 2 TD's, 15 for 62 and another where he went 12 for 68 and a TD, however, he only eclipsed 10 carries five times in 2018.  Although Davis was clearly second fiddle to Chris Carson last year, he still got it done when he was called upon.  If you draft Montgomery in a deeper league you would be wise to handcuff him with Davis with one of your last picks.

Josh Gordon ADP 185 - The Patriots lost Rob Gronkoswki and Chris Hogan this offseason and don't have many reliable passing targets to go with Julian Edelman, other than running backs James White and Rex Burkhead.  The Patriots did sign Demaryius Thomas, Maurice Harris and Dontrelle Inman at receiver this offseason, but those guys are more in the possession receiver mold and don't figure to offer much fantasy production with Edelman set to dominate targets out of the slot.  If Josh Gordon is allowed to play and stays out of trouble, he would be an explosive outside receiving option for the Patriots and could be a league winner at his ADP.

Robert Foster ADP 192 - Robert Foster's college career at Alabama was less than spectacular, waiting his turn behind several eventual NFL receivers and dealing with injury after injury, registering only 35 catches for 389 yards and 3 TDs during his entire college career.  Regardless of his college performance, Foster is a freakishly fast athlete and was picked up as an undrafted free agent by the Buffalo Bills.  Foster was forced into action late in the 2018 season and he proved to be an explosive weapon, topping 100 yards receiving 3 times.  Foster can run, and Josh Allen can throw the long ball.  This combination could be lethal for years to come, and it's arguable that Foster would be getting drafted inside the top 120 had the Bills not signed the speedster John Brown in free agency.  It's up in the air whether Foster will start alongside Brown or if they will start Zay Jones, opting to put a possession type receiver next to Brown, but if Foster is able to earn a starting spot or Brown gets injured, Foster could push for 1,000 yards in 2019.

Gio Bernard ADP 198 - If you draft Joe Mixon in the first or second round, you need to snag Gio Bernard with one of your last picks.  Bernard is a handcuff that has an almost free ADP and it makes sense to take him if you're a Mixon owner.

Darwin Thompson ADP 193 - Darwin Thompson wasn't even invited to the NFL combine, but don't let that scare you.  The Chiefs currently have Damien Williams, Darrel Williams and Carlos Hyde on their roster at running back with Damien Williams slated to be the lead back.  If Damien Williams were to go down, it's unlikely the Chiefs would have Hyde play an every down role.  Thompson has legitimate speed and can catch the ball, making him extremely viable in Andy Reid's offense.  If something happens to Damien Williams, or if Williams shows he cannot sustain a full workload long term, Thompson may emerge seemingly out of nowhere.

Mike Gesicki ADP 203 - The Dolphins added Dwayne Allen who is more or less a blocker at this stage of his career.  Gesicki was a little light in the rear end coming out of Penn State, therefore struggling as a blocker, but he is a prolific pass catcher and athlete running with the ball.  If Gesicki can figure out how to become a more effective blocker, he will surely improve on his 43% snap share from 2018 and be a serious fantasy football asset.

Marquise Goodwin ADP 214 - 2018 was supposed to be Marquise Goodwin's year.  Goodwin was supposed to break out playing a full season with Jimmy G is the #1 receiver in Kyle Shannahan's offense.  Well, that didn't exactly work out as Jimmy G went down early in the season with a torn ACL and Goodwin spent much of the year banged up.  Heading into the 2019 season, Goodwin's ADP is currently hovering around the 210 range, which is a free fall from last year when he was being drafted around 75th overall.  If Jimmy G and Goodwin can both stay healthy, Goodwin could do some serious damage as a deep ball threat alongside Dante Pettis and George Kittle.  If you play in a league with big play and/or big yardage bonuses, Goodwin could be a nice late round addition for you.

Tyler Eifert ADP 241 - If Eifert can stay healthy, he will be a touchdown machine.  If Eifert cannot stay healthy, he won't be worth a roster spot on your fantasy team.  At Eifert's current ADP, he's basically a free pick.  If you don't get one of the top tight ends this year, and you want to get a high upside backup, Eifert is a solid option.  The best thing that could happen to you if you drafte Eifert late is that he remains healthy and he puts up 10+ touchdowns.  The worse thing that could happen is Eifert gets hurt again and you cut your last pick after a few weeks of the season.

Trey Quinn ADP 204 - The Redskins receivers heading into the 2019 season are Josh Doctson, Trey Quinn and Paul Richardson.  Richardson is a deep threat burner and the only thing that Doctson can do seemingly is catch jump balls for touchdowns.  Doctson and Richardson also have durability issues.  This leaves the 6' slot receiver Trey Quinn as possibly the most consistent receiving option the Redskins will have on their team this year, especially now that Jamison Crowder is gone.

Ian Thomas ADP 217 - Rookie tight ends rarely bust out for big seasons right out of the gate and last year, Ian Thomas did nothing to buck that trend.  This year, however, with a year under his belt, Thomas figures to break out especially given Greg Olsen's durability issues.  Last year in week 13 Thomas went 9 for 77, in week 15 he went 4 for 48 and a TD and in week 16 he had 5 for 61 and a TD, all of which are great fantasy performances at the tight end position.  Now that Devin Funchess has moved on to Indianapolis, Thomas could emerge as a possession receiver or red zone target for Cam Newton in the passing game.

Albert Wilson ADP 226 - Albert Wilson was on an absolute tear in Miami last year before he injured his hip.  Wilson is a big play waiting to happen and if you don't believe DeVante Parker will emerge this season, somebody has to catch passes for the Dolphins, and Wilson figures to be a major contributor.

Randall Cobb ADP 227 - Randall Cobb had three seasons in his NFL career with 79 or more catches and has only eclipsed 1,000 yards once which was back in 2014.  Coincidentally, 2014 is also the only year in Cobb's 8 year career when he played a full 16 games.  Sometimes a change of scenery is good for a player, and the Packers were clearly ready to move on from Cobb.  Cobb won't be the guy in Dallas though, as Amari Cooper is clearly the #1 receiver and the offense will run through Zeke Elliott first and foremost.  Even though Cobb figures to be 3rd (at best) in the pecking order to touch the ball in Dallas, that also means he won't see much, if any, attention from defenses, which may lead to some decent fantasy production.

Rex Burkhead ADP 293 - Last year, with Sony Michel banged up in the preseason and Julian Edelman suspended for the first four games, Burkhead was a hot commodity heading into fantasy drafts, viewed as a versatile play maker that could be used in the short passing game.  Although Burkhead did have some nice games for the Patriots, he didn't come through at his aggressive ADP, failing to eclipse 100 yards from scrimmage in any game.  At the present time, people remember getting burned last year, both Michel and James White are healthy, and for all those reasons, Burkhead is viewed as expendable.  If one play maker on the Patriots goes down, Burkhead will almost certainly have instant value.

Cameron Brate ADP 362 - Cam Brate never puts up big yardage numbers, the most yards he's ever put up in a season was 660 in 2016, but he has demonstrated the ability to catch some touchdowns, snagging at least 6 of them each of the last 3 years, including 8 in 2016.  Given the landscape of the tight end position in 2019, Brate may be a touchdown or bust bye week or injury replacement for you this year.  If you use a high pick on OJ Howard, you may want to use your last round pick on Brate for insurance aka a tight end handcuff.

Michael Crabtree ADP 393 - Michael Crabtree disappared in 2018 after Lamar Jackson took over at QB for the Ravens.  Crabtree is not currently on an NFL roster but he's still only 31 years old and averaged 11.2 yards per catch last year which is on par with his 11.8 career average.  Crabtree will likely get picked up if a team loses a veteran receiver during training camp and could offer some serious value.

Josh Doctson ADP 410 - This is it for Josh Doctson.  Normally when receivers come out of college at age 23, almost 24, they are polished.  At this point, I don't think it's ever going to happen for Doctson, but he did show some flashes of ability last year, and if he develops chemistry with Case Keenum or Dwyane Haskins, that could be all he needs to put together a decent season.  For his 3 year career, Doctson has 81 grabs for 1,100 yards and 8 TD's, averaging 13.6 yards per catch which is decent.

Gary Jennings ADP 497 - The Seahawks lost Doug Baldwin to retirement and Tyler Lockett figures to be the lead receiver in Seattle this year.  The Seahawks don't throw the ball a ton but Jennings is a burner and figures to be a deep threat if the rookie from West Virginia can win the #3 receiver job in Seattle.