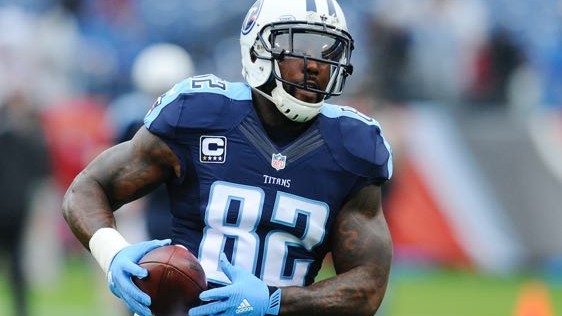 Do you find yourself spending a little extra time on the "sexy" positions like running back and wide receiver? If so, you're not alone. You can't neglect the other positions however, and that's why we want to help you out at tight end. Below Ryan and I have identified a couple of tight ends we feel may be going under the radar, as well as a few that we are staying away from. Enjoy!

He may not look like a prototypical tight end, but Evan Engram has the tools to produce in year one.

People will tell you that rookie tight ends rarely perform in the NFL. I can’t argue that fact, a lot of times they don’t. However, I’m gonna tell you why Evan Engram is going to be on a lot of my rosters as my second tight end. First, he is an absolute beast. At 6’3” and 240 pounds, Engram has the body of a bigger wide receiver. However, he has the hands of an angel. Second, the Giants love to use the tight end, they just haven’t had a decent one since Jeremy Shockey (puke, I hated that guy). Will Tye had 48 catches last year for the Giants and he completely sucks! Will Freakin Tye nearly had 50 catches. Wrap your brain around that. Engram is 100 times better than Tye, so he should have 480 catches right? Well, that might be pushing it, but you get my drift. The Giants used a first round pick on him, and there’s not another tight end close to his talent on this roster. GMs don’t fare well when their first round picks aren’t on the field. This one might be a bit of a long shot with the wealth of talent at wide receiver eating up a lot of targets, but I think that Engram is a fantastic talent, and even if he goes undrafted in your league, he is someone to absolutely keep your eye on in case he gets off to a hot start you can jump on him.

Despite his lengthy injury history that includes multiple concussions, multiple hamstring injuries, knee injuries, and shoulder injuries, Jordan Reed is still being drafted among the top four tight ends in fantasy. Oh wait, I forgot to add the toe injury that is currently plaguing him now before the season even starts. This toe injury apparently was a concern last year and continues to linger. I know he has explosive talent, but when the guy’s injury history is a mile long, he’s hurt already before the season even starts, and you need every roster spot you have in fantasy football, why would you take a player who is nearly a guaranteed to miss time during the season in the fifth round? I know I always say if you draft Reed or Gronk be sure to take another viable tight end, but I don’t think I want to draft two tight ends in the first ten rounds. I’d rather wait until the last couple to take another guy at the position. With Reed nearly guaranteed to miss multiple weeks, I don’t want to depend on the 20th best tight end to maybe play six weeks for me. Sometimes injury risk is worth it, but in my opinion, I want no part of Jordan Reed. 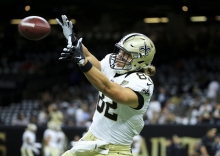 Many people, including myself, had high expectations for Coby Fleener last season. Unfortunately, he didn't quite live up to those lofty expectations, as he finished with only 50 catches for 631 yards and three scores. However, It's not all doom and gloom for Fleener in 2017. First of all, Brandin Cooks and his 117 targets from last season are now gone and up for grabs, so so hopefully he sees more looks this year. Ted Ginn is the replacement for Cooks and I don't see him coming close to Cooks target total. Not only that, but Cooks had 12 red zone targets in 2016 and with Fleener being 6'6' and 251 pounds, maybe he can net a few extra scores this season. Finally, it's always hard to learn a new system, so I'm also going to bank on an increase in chemistry with Fleener and quarterback, Drew Brees in year two. Hopefully he's more comfortable in the system, and while I don't expect Jimmy Graham type production from him, I think he will outperform his TE19 average draft positon by a mile.

I'm a little worried that Delanie Walker's best days may be behind him. He is now 33 years old and we started to see a regression in his production last season. In 2015, Walker had 94 receptions for 1,088 yards with six scores, compared to 65 receptions for 800 yards and seven scores in 2016. Not only that, but he became less of a focal point in the offense, as he went from 133 targets in 2015 to 102 targets in 2016. With the addition of Eric Decker and first round pick wide receiver, Corey Davis, I can see him even getting fewer looks this season. The Titans also added athletic tight end, Jonnu Smith in the third round of the NFL Draft this year. While I don't expect Smith to overtake Walker this season, I do think they try to get him on the field at times to see what they have in him. There are some major warning signs when it comes to Delanie Walker and I think I'm going to take a pass on him on draft day.