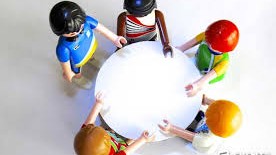 Ryan Says - A.J. Brown, WR Titans. The Raiders defense is absolutely awful as they have allowed 27 passing touchdowns this
season. Brown has been very up and down, but if he is going to have another big game, this is the team to have it against. Brown should have at least 100 yards and a touchdown as the Raiders will struggle to keep him in front of them.

Steve Says - Kenny Stills, WR Texans. With Will Fuller unlikely to play against the Broncos, I expect Kenny Stills to have a big game. The Broncos are uninspiring at corner back behind Chris Harris, and Harris will likely be focusing a lot of his attentions on Nuk Hopkins, leaving Deshaun Watson looking in Stills' direction early and often.

Gary Says - Benny Snell, RB Steelers. Against a terrible Arizona Cardinals’ defense I expect Snell to run with ease, even into the end zone. I don’t see Jaylen Samuels getting many touches, and as such, Snell should get 17-20 touches as the Steelers rely on their defense and reduce the possibility of Hodges turning over the ball.

Kevin Says - James Washington, WR Steelers. He’s shown an obvious rapport with Duck Hodges, and with nobody else stepping up out of the pass catchers in Pittsburgh, Washington has been the deep threat and fantasy go-to. Look for a 100 yard day this week out of Washington.

Drake Says - Eli Manning, QB Giants. The two time Super Bowl winner returns from his sideline slumber to face an Eagles team that was just torched by Ryan Fitzpatrick.  The weapons in New York are healthy and Manning should have to throw 40+ times this week.  Give me an easy 300 and 2 TD's for Eli. Could be a solid value in DFS as he's only $5100.

Ryan Says - D.J. Chark, WR Jaguars. He has been inconsistent doo doo doo doo doo, and has been shut down by some of the
better corners in the league. He will get a test similar to that this week with Casey Hayward and the Chargers. Look for Gardner Minshew to look more to Dede Westbrook and Chris Conley, while Chark finishes with less than 50 receiving yards in this one.

Steve Says - Joe Mama, TE 69ers. I just wanted to see if you were paying attention. I'm actually going with Saquon Barkley who is facing off against the Eagles and their fourth ranked NFL rush defense. I know he's been a bit of a disappointment this season, but don't expect him to rebound this week.

Gary Says - Tyler Lockett, WR Seahawks. The last few weeks have not been kind to Lockett, and now he may have to square off with Jalen Ramsey. There is hope that Ramsey shadows DK, but Lockett is the WR1 on this roster, even if he hasn’t been the last couple weeks. I don’t feel great about this bust, but I also just don’t feel confident in Lockett.

Kevin Says - Marlon Mack, RB Colts. Back from injury, Marlon Mack will lead the Indy run game into one of the top run defenses in the Tampa Bay Buccaneers. You have to figure that there will be that host of other running backs like Nyheim Hines, Jonathan Williams, and Jordan Wilkins all getting a share of the backfield as well. For me, Mack’s upside is capped this week.

Drake Says - Patrick Laird, RB Dolphins. A trendy DFS play with his $4,100 DK salary, the internet icon will be in way too many lineups this Sunday. The Dolphins can't run. At all. He's a pass catching option on a bad team who has a low ceiling and bottomless floor. This guy scream five point bust. No thanks. You keep the hype I'll take the better players.

Which back will have the best week? Darwin Thompson, Patrick Laird, Bo Scarbrough?

Ryan Says - Bo Scarbrough. I like Darwin Thompson, but he has a really hard matchup against the Patriots. I can’t trust Patrick Laird against one of the top run defenses in the NFL. That leaves us with Scarbrough who I really like what I’ve seen from him so far. He runs hard, and he has no real competition for carries. He isn’t involved in the passing game at all, but he has been quite successful to this point. The Vikings run defense is pretty stout, but Scarbrough should be able to top 75 yards and hopefully find the end zone.

Steve Says - Darwin Thompson. I hate the matchup that Patrick Laird has against the tough NY Jets rush defense and with the Lions being the biggest underdogs on the slate this week paired with the fact that Scarbrough is non-existent in the pass game, I think Darwin Thompson is the play. He has the most upside this week and if I had to pick rather to attack the Patriots on the ground or through the air, I'm would try to run over them.

Gary Says - Bo Scarbrough. Despite the Vikings having a solid rushing defense, I think the Lions will rely on Scarbrough for another week. The Vikings pass defense was not what it once was, but that means Blough should get Scarbrough in position to get important Red Zone touches.

Kevin Says - Patrick Laird. Laird should see a majority of touches and targets out if the backfield for the Dolphins. Scarbrough won’t see passing game targets, Darwin still has to account for LeSean McCoy for touches against a stout Patriot defense, so Laird is a solid bet for the most opportunity among the three backs.

Drake Says - Darwin Thompson. Thompson has the most upside. He's on the best offense with an elite QB and HOF coach calling plays. That said he could be vultured by LeSean McCoy who everyone forgets is still there. Also this week the Chiefs signed old stand by Spencer Ware to the roster. The last two games against New England a year ago produced high catch volume for KC backs. If he can be the featured pass catcher I think he's got 15 point upside.

Who is the best WR play of the week? Zach Pascal, Curtis Samuel or Deebo Samuel?

Ryan Says - Zach Pascal. I do like the two Samuel boys, but I have to go with Pascal against the terrible Bucs pass defense. The Niners will have a tough game against the Saints, and the Panthers should rock the Falcons, but Carolina has several options to throw to. Pascal and Jack Doyle are the only reliable guys for Jacoby Brissett to throw to and Pascal had a 100 yard game last week. He should almost find the endzone against Tampa Bay.

Steve Says - Zach Pascal. I think Zach Pascal will build off his ten target, 7-109 performance last week against the Titans and will exploits the weak Tampa Bay secondary.

Gary Says - Zach Pascal. These are all great options, and I’m debating Pascal and Deebo, but ultimately, in the Bucs pass defense I trust! The Bucs passing defense is so terrible and with Hilton/Ebron out, this should be a high target game for Pascal.

Kevin Says - Zach Pascal. I’ll take Zach Pascal. No Hilton, a narrow target distribution, and that leads me to believe Pascal isn’t going away anytime soon. Against a Bucs defense that can be passed on, Pascal should have a field day.

Drake Says - Zach Pascal. This Tampa secondary is pathetic. That said, their run defense is great. This is a pass funnel for the ages and Pascal is the lead dog in a very poor air attack. While Deebo Samuel is very intriguing I worry that the Saints may shadow him with Marcus Lattimore and he's only managed four catches in the last two games combined.

Which TE would be the best play? Mike Gesicki, OJ Howard, or Vance McDonald

Ryan Says - Mike Gesicki. It was close with Vance McDonald against the Cardinals, but Gesicki has been targeted six or more times in five straight games, and you just can’t argue with that volume. He had his best game of the season against the Jets, and is coming off another strong performance last Sunday. Gesicki should be in all of your starting lineups where you don’t have an elite option.

Steve Says - Vance McDonald. Arizona is as what Charles Barkley calls, "Turrible" in trying to cover the tight end, which should lead to very good things for McDonald this week.

Gary Says - Mike Gesicki. This decision is easy, and not even close. Gesicki has been solid with six or seven targets each of the last four games. Against the Jets Fitzpatrick should be passing frequently to DeVante Parker and Mike Gesicki. I’m starting Gesicki over the other two without question, and starting Gesicki as a top 12 tight end.

Kevin Says - Mike Gesicki. Give me Mike Gesicki. Howard and McDonald cannot be trustsd in fantasy. At all. At least Gesicki has carved out a bit of workload for himself in Miami.

Drake Says - Vance McDonald. He's playing Arizona. There's nothing else that needs to be said.