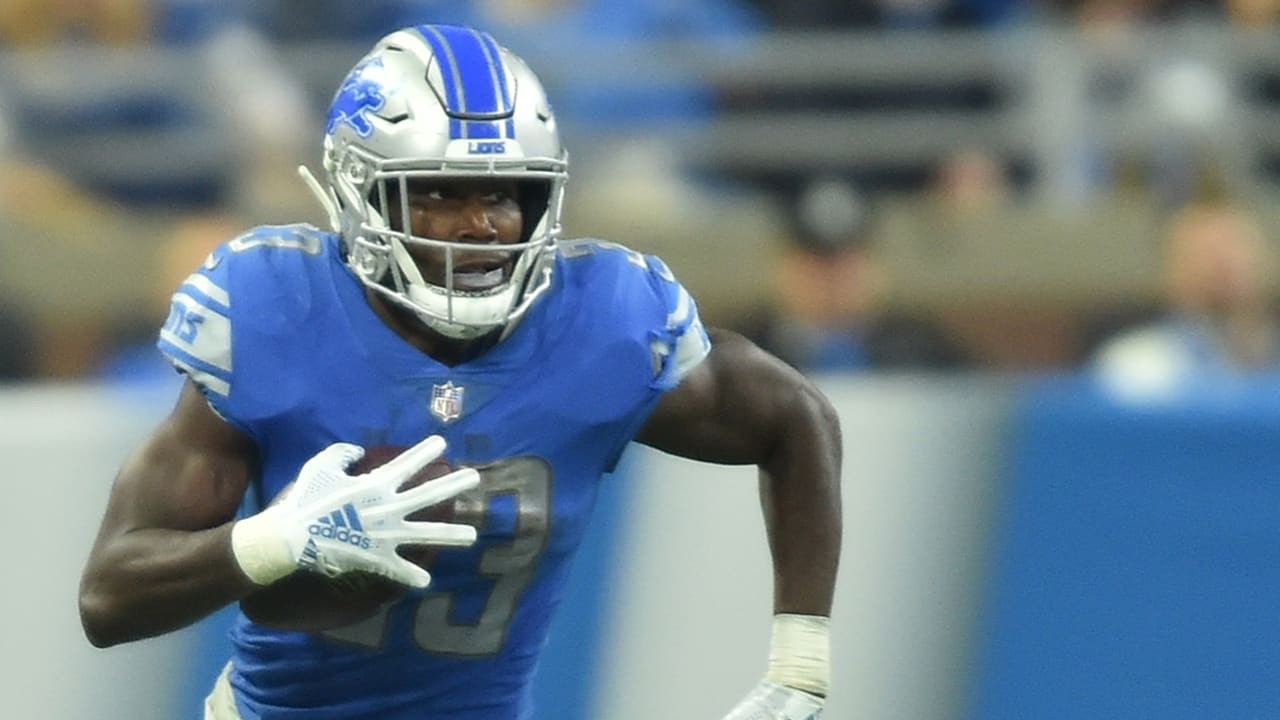 Welcome to Week 6 of the Fighting Chance Roundtable, Let’s get to our panel and this week’s burning questions. Follow Ryan Hallam (@fightingchance, Brian Drake (@drakefantasy), Gary Haddow (@garyhaddow1), Steve Rapin (@fantasygeek37) and Kevin Tompkins (@ktompkinsii) for this week’s installment of the roundtable.

Steve Says - Jimmy Graham, TE Green Bay. The Packers have a skeleton crew catching the ball this week and I think Rodgers will lean heavily on Graham against the Raiders.

Ryan Says - Darius Slayton, WR NY Giants. I also wanted to use Allen Lazard, Anthony Miller, Dante Pettis, and Jakobi Meyers here. The Giants are going agaisnt a very soft Cardinals secondary and I think that Patrick Peterson will be spending a lot of time with Golden Tate. Slayton has some great speed and with Shepard out again, Slayton becomes a tempting third option in this offense. He has has small bouts of production, but this will be his big chance to score and have a strong game.

Gary Says - John Brown/Devin Singletary, WR/RB Buffalo. John Brown should finally be able to have a blow up game as the Bills dominate the hapless Dolphins. Similar to be said with a healthy Devin Singletary.

Kevin Says - Dante Pettis, WR San Francisco. After a disappointing almost half of the season, I feel like Dante Pettis is going to be the key non-Kittle cog of the Niners offense on Sunday. Jimmy Garoppolo will be without Deebo Samuel as well, so along with a rising snap count for Pettis comes more opportunities against the Redskins who all the fifth most fantasy points to wide receivers. Sign me up.

Drake Says - Duke Williams, WR Buffalo. This former CFL standout made the most of first NFL start by scoring a touchdown.  The Bills felt so good about Williams that they traded Zay Jones to the Raiders.  Miami will be overmatched all day and I like the Duke to get loose for a long TD.  Everyone is all over John Brown, give me the big bodied WR with a nose for the end zone.

Steve Says - Tyler Boyd, WR Cincinnati. The Bengals are dead last in the league, giving up 5.3 yards per carry and that tells me the Jags will utilize Leonard Fournette heavily this week and control the time of possession. Boyd should see a lot of DJ Hayden and if the Jags can move the ball effectively against the Bengals (which they should), Boyd won't see as many opportunities as he normally would see.

Ryan Says - Kerryon Johnson, RB Detroit. He just hasn't been given the chances we thought he would to succeed. He has 16 or fewer carries in three of five games and when you averaging just 3.3 yards per carry, that doesn't add up to success. He also has only nine catches which is a huge bummer since we thought he would get some work in the pass game after the Lions dumped Theo Riddick. The Vikings run defense is no joke, so it doesn't appear that this will be a strong week for Johnson.

Gary Says - Terry McLaurin, WR Washington. Despite being on a historical pace for a rookie, I don't think the Redskins will be able to do much of anything offensively this week. The Niners front will be all over Keenum an won't allow time for McLaurin to get down field. I still have to start him in a league, but I have zero expectations.

Drake Says - Allen Lazard WR Green Bay. Nobody knew this guy a week ago and today he's in a bust column. With everyone who's ever played wide reciever for the Packers injured, it's Lazard, Jake Kumerow, Darrius Shepherd, and a fresh off the street Ryan Grant. With so much attention on Lazard it's a prime bust spot. This can easily be a game where the Packers go heavy 12 personnel and we see TD's from fullbacks. Don't put too many eggs in such an unproven basket.

With Marcus Mariota being benched in favor of Ryan Tannehill, which Titans wide receiver will have the most fantasy value for the rest of the season, AJ Brown, Corey Davis, or Adam Humphries?

Steve Says - AJ Brown. AJ Brown has already shown my more in his six weeks of being an NFL wide receiver than Corey Davis has in his 2+ years for the Titans. While I think that Davis may get a little bump in production, I'm betting on the talent of AJ Brown.

Ryan Says - Corey Davis. I'm not sold that this is a rest of the season move yet for the Titans, but I will say that while Tannehill is in there, it will be close between Davis and Humphries. Tannehill targeted both repeatedly in his short stint in the game last week. He is fully capable of throwing the long ball so I'm going to say Davis. Now while he might have the most value, that's not to say he should be starting for you. Is he worth add this week to see how it goes? Sure, Humphries may be too. Davis has the most to gain from something that resembles an NFL quarterback.

Gary Says - AJ Brown. AJ Brown is my preferred option, but I am still hoping Corey Davis breaks away from the terrible play tied to Mariota. I'm cautiously optimistic for both.

Kevin Says - Corey Davis. Can I choose none of them? Really? Okay, Corey Davis. He's gotta do something sometime. He caught all of his receptions (all three of them) with Tannehill installed. As bad as he's been, he installs much more confidence than Brown or Humphries.

Drake Says - Corey Davis. I snagged Davis in a few leagues this week. Listen, he's not a league winner by any means.  But when Tannehill came in the game he did target Davis most. Tannehill also doesn't mind pushing the ball down the field. I see more opportunities for Davis to show off his first round athleticism. He's the add for me.

Which wide receiver that is a little banged up right now is the best buy-low candidate...Sammy Watkins, Christian Kirk, or Marquise Brown?

Steve Says - Marquise Brown. I love this kid. He can catch a short one and break a big play or Lamar Jackson can find him on a deep route. Outside of Mark Andrews, he seems to be Jackson's favorite target and I think will only get better as the season goes on.

Ryan Says - Christian Kirk. They have a good passing game and he is the focal point when he is healthy. He gives you the best chance of a touchdown and is the most dynamic. Watkins can't stay healthy and now has three weeks without Patrick Mahomes. Brown is a very talented wide receiver, but is seems Lamar Jackson wants to throw more than pass. Big fan of Kirk here!

Gary Says - Christian Kirk. Christian Kirk is my preferred PPR buy-low given his floor and long term connection to Kyler Murray. I do love Marquise Brown for fantasy teams that don't need a low floor option, and would rather have the Desean Jackson type player.

Kevin Says - Christian Kirk. Easy pick for me, Christian Kirk. He's a much safer bet for volume and consistency within this Cardinals offense compared to Watkins who is banged up and at best option three in their offense and Brown who is solid but still in that run first offense.

Drake Says - Marquise Brown. This kid is electric. I love his upside. If his current owner is getting antsy it's time to pounce. When on the field, he's the only legit threat the Ravens have. His speed is off the charts and it's a week winner when Lamar Jackson finds him deep. Add Hollywood and shoot for the stars.

Which tight end streaming option will bring the most production in Week 7...Jason Witten, Dallas Goedert, or Noah Fant?

(Editors note: I sent these questions out early in the week, and didn't think about the fact that Denver was playing on Thursday Night)

Steve Says - Jason Witten. With injuries to the the Cowboys receiver corps, I think this will be a very good week for the 55 year old Jason Witten.

Ryan Says - Jason Witten. Noah Fant played on Thursday and only had one catch so that takes him out of the equation, and Dallas Goedert is still second string. Witten isn't going to light up the scoreboard for eight catches and 100 yards, but he will consistently give you four catches for around 40 yards and maybe a touchdown.

Gary Says - Jason Witten. Jason Witten due to a banged up Amari Cooper with that ferocious Philly front seven. I expect a lot of quick outs to Witten and maybe even a red zone touchdown.

Kevin Says - Dallas Goedert. The former SDSU Jackrabbit should be able to get involved Sunday night. He caught 5-48 on eight targets, hopefully for his sake, that number of targets stays in the six to eight range.

Drake Says - Dallas Goedert. The Eagles offense is so compressed now with Desean Jackson out. The two tight end set is far and away the birds best offensive set. With rising snaps and he's fourth in the NFL in tight end target separation. Remember last year the Eagles used Goedert in big D and he had a HUGE touchdown called back on a horse shit penalty. I like him to have a big night on SNF.