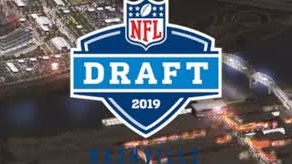 The NFL Draft is just over a week away, and the staff at Fighting Chance Fantasy thought we would take a crack at our first ever staff mock draft. Ten of our writers split up the first round and each took turns predicting who we thought would be drafted next Thursday night. So join us and let us know who you think made good picks,and who really missed the mark.

Kacey Kasem (@thekaceykasem) - We can all picture it. Kliff Kingsbury and company send Josh Rosen packing and decide Kyler Murray is their dude.

Gary Haddow (@garyhaddow1) - The 9ers will select what most believe to be the best all-around player in the draft. This should hopefully solidify their Defensive line with the acquisition of Dee Ford, and previous 1st round picks Deforest Buckner and Solomon Thomas.

Ryan Hallam (@fightingchance) - This draft is deep in pass rushers, and Allen is potentially the best. The Jets haven't had a sack artist like Allen since John Abraham, and this kid could be better.

Kevin Tompkins (@ktompkinsii) - The Raiders need talent, pure and simple. Considered Devin White here, but Williams is too good to pass up as a cornerstone player for the Raiders. He's BPA and would plug and play for the next decade in Oakland, Vegas, or wherever they decide to play.

Jim Day (@fantasytaz) - With the Giants moving to a run-first offense they need a right tackle who can clear lanes and that is what Williams brings. Plus he can start at RT now and move to LT if Solder moves on. After trading for Kevin Zeitler from Cleveland, this offensive line should much improve over 2018.

Brian Drake (@drakefantasy) - The Jags need to add playmakers for Nick Foles but at number 7 you can't take a TE yet and the WR's aren't good enough to warrant this spot either. Ideally, I'd trade down and accumulate picks but if they stay, get the best edge rusher left in Sweat who can help a defense who all of a sudden lacks depth.

Patrick Wisniewski (@polkapat) - Lions need for playmakers on Defense is a must, White's sideline to sideline speed works well here.

Steve Rapin (@fantasygeek37) - The Bills top two team needs are on the offensive and defensive lines. While I was tempted to go with DT Ed Oliver here, I think the Bills improve their offensive line and give their young franchise quarterback better protection with Dillard.

Dwain McFarland (@dwainmcfarland) - The Broncos need a quarterback, but there isn't one that I love in this range. Hockenson received one of the highest grades Matt Waldman has ever given at the position in his Rookie Scouting Portfolio. Waldman compared Hockenson to Joe Flacco's old favorite target, Dennis Pitta (and George Kittle). Sign me up.

Mike Riggall (@coachriggall) - The Bengals need to improve their offensive line, and Ford should step in and start from Day 1.

Kevin Tompkins (@ktompkinsii) - Easy pick here, as interior wrecking ball Ed Oliver gets added to a very formidable group of lineman that include Kenny Clark and Mike Daniels. Add in their pass rush acquisitions and Green Bay’s front 7 looks mighty stout and most importantly, takes the pressure off of the young Packers' secondary.

Ryan Hallam (@fightingchance) - The Dolphins have more holes to fill than a ten dollar hooker, but quarterback is the biggest need. You didn't think that Fitzmagic was the answer, did you?

Kacey Kasem (@thekaceykasem) - Thought there was a shot to get Ed Oliver or Montez Sweat here, but that just didn't work out. Atlanta needs talent on the defensive line, and I feel Gary has the talent they need here.

Brian Drake (@drakefantasy) - This team has 100 holes but Bush can definitely fill one. He's super athletic and can start day 1 at LB.

Gary Haddow (@garyhaddow1) - While picking an edge rusher is a high probability, I love the idea of the Panthers getting a true field stretcher to use on play action and to open the field up for DJ Moore, Curtis Samuels, and Christian McCaffery. DK may be raw, but has insane potential to unleash Cam's hopefully fixed shoulder.

Jim Day (@fantasytaz) - Getting Burns at 17 is a no brainer. I have him as the 2nd best EDGE in the class and love getting him after Sweat and Gary. The Giants definitely need a dynamic edge rusher to generate some QB pressures and sacks. They finished 2018 with the second lowest number of sacks and they need to improve there.

Patrick Wisniewski (@polkapat) - The Vikings are still rebuilding the pass protection and the rushing game and Little provides a lot of both.

Dwain McFarland (@dwainmcfarland) - Simmons offers a rare combination of strength and athleticism that can translate to multiple schemes, which is a plus for a Belichick disciple like Mike Vrabel. Jurrell Casey is the only dominant defensive lineman on the roster and will turn 30 in the 2019 season.

Steve Rapin (@fantasygeek37) - The Steelers are in a position where they can draft the best available player, rather than need. I wouldn’t rule out a quarterback with Big Ben getting a little long in the tooth, but I think Corner is the pick here. There is a consideration for Byron Murphy, but the three inches of height Greedy offers is the deciding factor with Odell Beckham and AJ Green in their division

Kacey Kasem (@thekaceykasem) - If the Seahawks don't trade down, this guy is a perfect fit for them. Need a Frank Clark replacement? Here's your guy. Even if they don't, it's nice to have that depth.

Mike Riggall (@coachriggall) - Considered Josh Jacobs and Marquise Brown here but the Ravens need to revamp their LB's after losing Mosely and T-Sizzle.

Gary Haddow (@garyhaddow1) - The Texans number 1, 2, and 3 most pressing needs is their offensive line and getting protection for Deshaun. If they don't like the OL left on the board, then maybe taking Noah Fant could be a great back up option.

Ryan Hallam (@fightingchance) - Isaiah Crowell and Jalen Richard? I think I just threw up in my mouth a little. The Raiders need a real back, and Jacobs is a powerful back and should fit Jon Gruden's system well. They could go defense again here, but I like Jacobs to fill the need.

Brian Drake (@drakefantasy) - The Eagles love building through the trenches. Wilkins gives them someone young and cheap to rotate with Fletcher Cox and Malik Jackson.

Steve Rapin (@fantasygeek37) - The Colts need another threat opposite TY Hilton and let me be clear...Devin Funchess is not the answer. Brown will add a new element to the Indy offense that they haven't seen since the days of Marvin Harrison and Reggie Wayne.

Dwain McFarland (@dwainmcfarland) - The Raiders still need edge rush help but that position dried up quickly despite the depth. This is a pivot towards the future on offense and an immediate "move tight end" option to replace Jared Cook. Fant has what the Davis family has always overvalued - pure athleticism.

Jim Day (@fantasytaz) - KC definitely needs some playmakers in the defensive backfield. Safety may be a bigger need, but there are a lot of decent safeties that can be had in later rounds. Murphy gives the Chiefs a dynamic playmaker at a huge position of need without overpaying for it.

Kevin Tompkins (@ktompkinsii) - A rangy safety who can take some pressure off of Adrian Amos, Adderley's name should ring bells with Packers fans as he is related to Packers HOF DB Herb Adderley. The (much) younger Adderley has the tools and skill set to play in the box as well as dropping back and playing the ball. With Dalton Risner and Noah Fant off of the board, this pick seems like a no-brainer to improve the defense further.

Steve Rapin (@fantasygeek37) - With the retirement of Rob Gronkowski, the Pats see that Tom Brady won't play forever and need to eventually land his replacement. I think the Pats would be happy to see Lock drop this far and scoop him up to learn from Brady for a year or two before he sails off into the wonderful world of retirement.