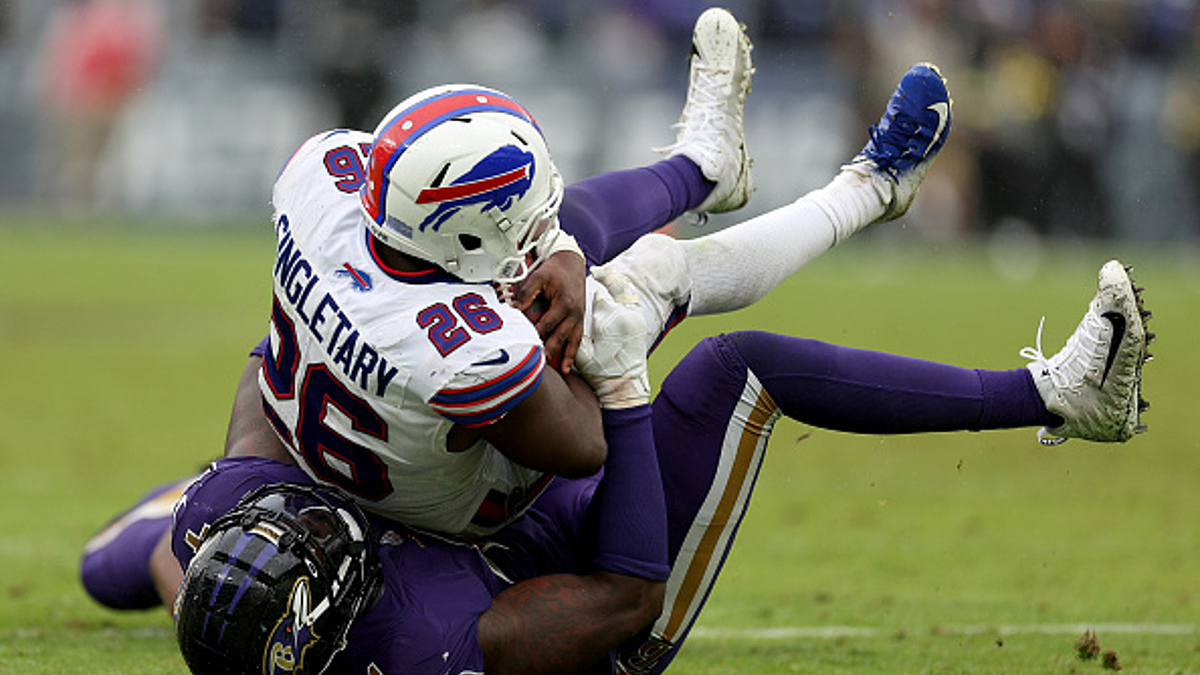 Fighting Chance Fantasy's Question of the Week: Who are you not trusting in your starting line-ups?

It's time to roll up those sleeves and do whatever it takes to make the playoffs. Hopefully, you have already clinched a playoff berth in your fantasy league, but if not, there is still time to grab one of those final spots. Every week several staff members here at Fighting Chance Fantasy tackle a hot topic of the week to get fantasy managers ready for a championship run. Topics will vary from week to week, with an emphasis on giving you an edge against your league mates. Here's this week's question.

With the fantasy playoffs upon us, which player that you drafted or were high on are you avoiding inserting into your starting line-up as much as possible?

It's been nearly a career year for Miles Sanders. He is on pace for his first-ever 1,000-yard season, and Sanders has been getting the larger share of the backfield all season.  As Bing Crosby and Mariah Carey fill the airwaves, savvy managers need to be wary of his usage.  Eagles fans know Boston Scott as Mr. December, and with the Eagles already showing a willingness to rest players, we could see Sanders be less of a steady RB2 headed into the fantasy post-season as the Eagles monitor their main back's usage.  Jalen Hurts has been the main third-down rusher, and also has four rushing touchdowns. The Eagles also have two potential blowout games in Chicago Week 15 and New Orleans Week 17 where Sanders could see limited action. - Matt Miles @DirtyAirFC

Jalen Hurts on 3rd and 4th-down this season:

8 of them are against the New York Giants 🤦🏽‍♂️

After a magical run of seven consecutive double-digit PPR weeks, Houston running back Dameon Pierce finally fell victim to something we all knew.  The Houston Texans stink.  This offense is abysmal.  On the season Houston ranks in the bottom three in total offensive touchdowns, average yards per play, +EPA, and just because we're talking about a running back, rushing touchdowns.

His two-game stretch of 16 yards rushing in weeks 11-12 solidified for me that I can't trust this offense in the fantasy playoffs.  His upcoming schedule is littered with offenses that should force the pace and put Houston in a negative game script.  If you have a better option than Pierce, by all means, fire him up. - Brian Drake @DrakeFantasy

At certain times depending on the match-up this season Devin Singletary has been able to be fired up in your fantasy rosters. Singletary has played 12 games so far this year. Of the 12 contests, he in reality has been useful for only six games. What makes Singeltary so unpredictable to insert into your starting line-ups is not only that he's scored double-digit fantasy points just 50% of the time, but that Josh Allen is probably a more effective runner when needed, but more importantly James Cook is taking over the timeshare in this backfield. Unless you have no other choice due to byes or injuries Singletary should be left on your bench, because Cook is the new kingpin of this running back committee. - Leo Grandio @smooth1074

Nyheim Hines had best day as a Bill; handled 31% snaps, including 50% 2-minute offense & 63% of snaps inside the ten-yard line.

During the pre-season and drafting period prior to the season, you could not get me off the Gabe Davis/Buffalo cloud. I thought this was the rebirth of the Greatest Show on Turf. Boy, how reality came and slugged me right in the face. Even after Week 1 where Davis finished as WR13, I  heard mumbling in the halls of my home in joy, "this is just the beginning!" Then BAM, the following two weeks provided me with a WR rank of 66 and 87, really are there even 87 offensive players in the NFL weekly?  So obviously I benched him, and then he was the WR1 versus the Steelers in Week 4 on three receptions, and I was all aboard again... any way to get to my point.  We do not know what Davis we are going to get each week. Man, I should have taken Stefon Diggs instead of Derrick Henry a round earlier and this would have made my season so much different. Play him if you have to, but I'll take the hard pass on Davis unless I absolutely have no other choice. - Patrick J. Wisniewski @polkapat

Which players are you avoiding to start? What hot topics or questions would you like for us to cover in the upcoming weeks? You can reach us on Twitter at @FCFantasySports.