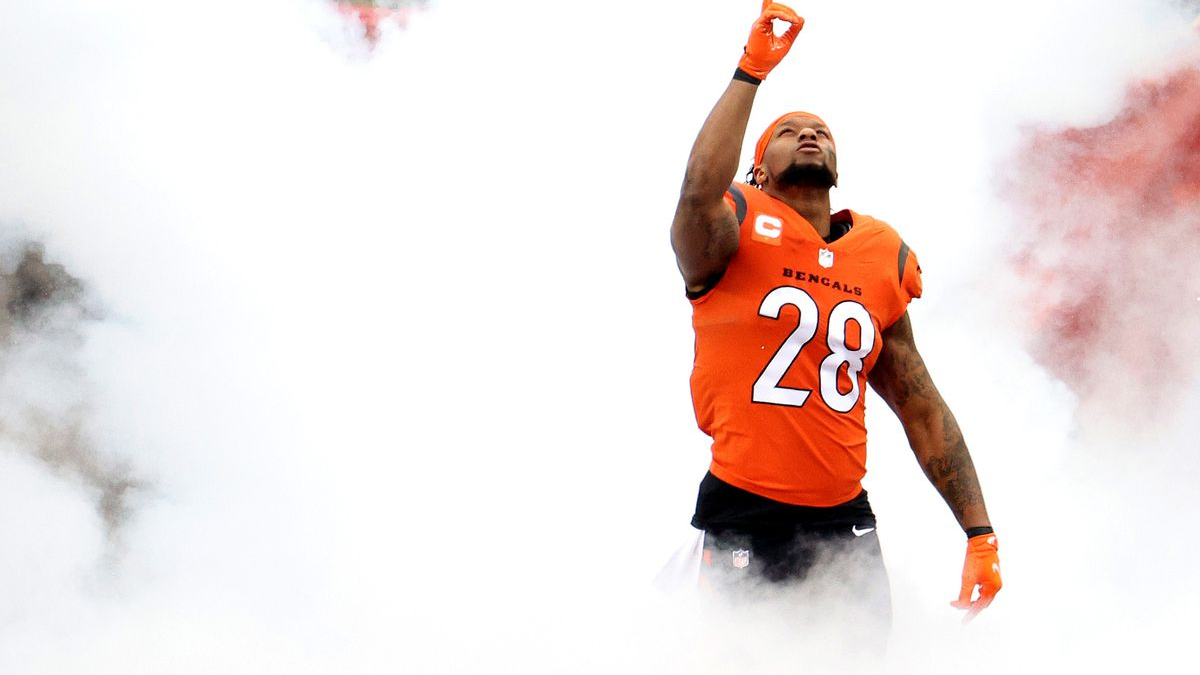 Fighting Chance Fantasy's Question of the Week: Who are you selling?

Every week a few staff members here at Fighting Chance Fantasy will tackle a hot topic of the week to get fantasy managers ready for a championship run. Topics will vary from week to week, with an emphasis on giving you an edge against your league mates. Last week we mentioned players we are buying before the trade deadline in FC Fantasy's Question of the Week: Who you Buying? Here's this week's question.

What player are you selling before the trade deadline, because his value may be in store for a downward spiral?

It might be a tough sell with byes this week, but I'm looking at selling D'Andre Swift.  Yes, he had a touchdown this week, but for whatever reason, the Lions Coaching staff is really treating him with kid gloves on his latest injuries, leading to frustration with Swift over just 10 carries last week.  “I think he got pissed off a little bit,” Lions OC Ben Johnson said, via Dave Birkett of the Detroit Free Press. Jamaal Williams continues to get the high-value touches and I want out of the dysfunction in Detroit. - Matt Miles @DirtyAirFC

The bad news is that he was a distant second to Jamaal Williams in the backfield.

This recommendation may raise some eyes brows but I would try to unload Tony Pollard right before the trade deadline. Now don’t get me wrong I love Pollard’s game, but so does everyone else. If you find the right league mate you can get excellent value in return. Look for a running back needy fantasy manager that has a player that you may want or need. You can even turn him into draft picks and young players in dynasty leagues, the choice is yours. The window may close soon on scoring big by trading Pollard away. Most of these break-out games have been largely due to Ezekiel Elliot being out of the line-up due to a knee injury, but Zeke is gearing up to return to the offense soon. This will lead to Pollard's touches taking a major hit once Elliot returns. - Leo G. @smooth1074

This may sound crazy after a 55.1-point performance in PPR leagues in his last game, but I would sell Joe Mixon for that very reason. From a general analysis standpoint, a 55-point week is an outlier, but despite that insane performance, Mixon is still only the seventh-ranked running back in PPR, averaging 19.1 points per game. Before that game, he was only averaging 14.6 points per game, which would make him more of a high-end RB2 rather than a high-end RB1, which is probably how your league mates will view him right now. In both re-draft and dynasty leagues, his value is at an all-time high and will only go down from here. Another reason to sell Mixon is his fantasy playoff matchups. In Week 15, he plays the Buccaneers, who are ranked 3rd against running backs according to ESPN. In week 16 he plays the Patriots, who are ranked second against running backs, and in Week 17, he plays the Bills who are ranked 16th but are typically a team that opponents need to throw a lot against to keep up. This may just be just the bitter past Mixon fantasy owner in me talking, but the Bengals RB is someone I’d be looking to unload while his value is at its peak. - Seth Q. @SethQuinn14

Sell recommendations are tricky. There are a lot of factors that go into what makes a viable trade for your playoff push. Pay close attention to your league settings, it will help you make the correct decision. Maybe your league values Quarterbacks more if your scoring leans heavily on touchdowns. Those Tight End Premium leagues will differ in value compared to standard or PPR leagues. Whatever the case may be, take a moment and look ahead at those playoff matchups. I love Tua Tagovailoa. I love his story and what he overcame this season to stay on the field. But what I don't love is Miami's fantasy playoff schedule. Two divisional games on the road in likely harsh winter weather. No Thanks. Miami is scheduled to visit a tough Buffalo defense in Week 15. The Dolphins will play host to Green Bay in Week 16 on Christmas day, and back in the elements with a Week 17 championship week matchup in Foxborough to take on a stout Patriots defense. Yikes. While people are talking about Tagovailoa for league MVP - strike a deal now! - Michael Chasco @ChascoFCF

Who are you trying to sell before the trade deadline? What hot topics or questions would you like for us to cover in the upcoming weeks? You can reach us on Twitter at @FCFantasySports.