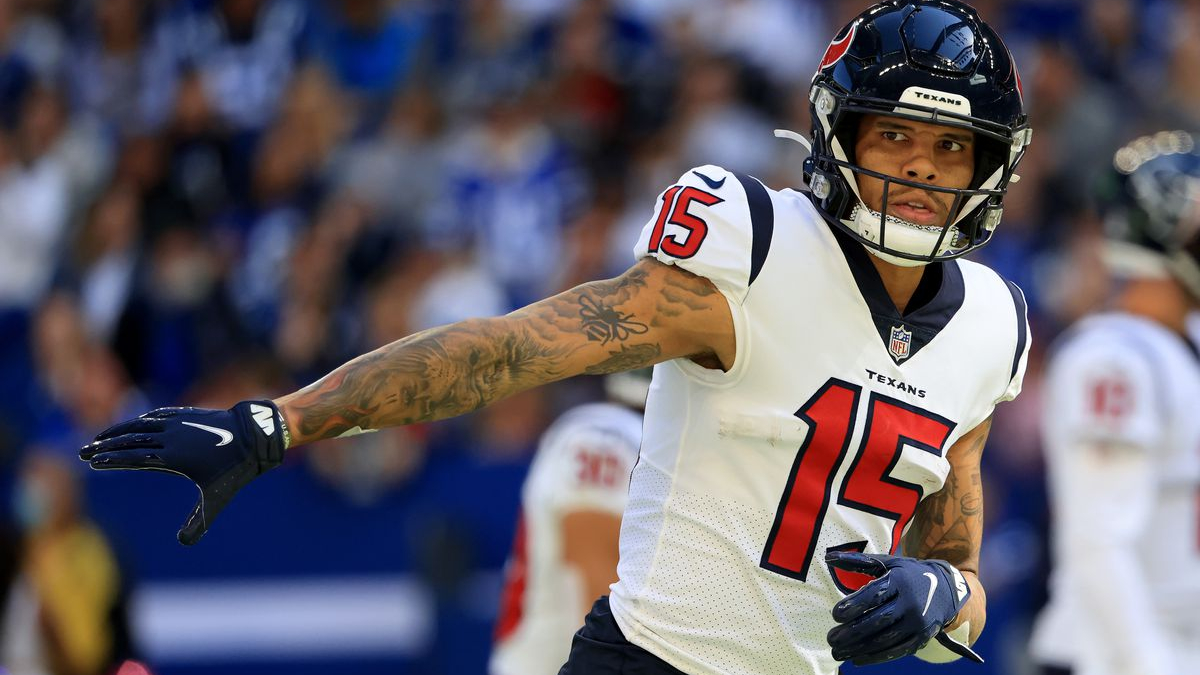 Fighting Chance Fantasy's Question of the Week: Who are you starting that others may be low on?

Playoffs you want to talk about playoffs! If you're reading this, that likely means you have clinched a playoff berth, so congratulations. Our work isn't done yet. We still have three games to win so we can hoist the championship at the end of the season. Every week several staff members here at Fighting Chance Fantasy tackle a hot topic of the week to get fantasy managers ready for a title run. Topics will vary from week to week, with an emphasis on giving you an edge against your league mates. Here's this week's question.

Which player are you trying to squeeze into your starting lineup, that others may be low on?

As of this writing, Isiah Pacheco is only starting in 43% of Sleeper leagues, and I have him on over half of my playoff teams for this fantasy playoffs. He is the lead running back in the Kansas City offense, but last weekend, Jerrick McKinnon lit it up like a Christmas tree with all his receptions and touchdowns, which I blame on game flow.  The next four weeks Pacheco is @Houston - 32nd vs. the run, home vs Seattle - 31st vs. the run, home vs. Denver - 14th vs. the run, and at the Raiders in the inconsequential Week 18 games. These games all favor him as the lead dog in the pack, and the respect defenses have to pay Patrick Mahomes and Travis Kelce, this opens up plenty of real estate for the hard-running Pacheco. Since taking the reins as a lead back he has averaged double-digit scoring. Pacheco may not be your Derrick Henry, but the numbers he could produce in these games could very well match Henry's and lead you to a fatter wallet.

Call me crazy but a guy who just got 11 targets seems like someone to hammer into lineups.  Let's look deeper at Chris Moore's situation.  He has very little competition on the outside with Nico Collins still not practicing and Brandin Cooks already ruled out for the game. The Texans also just lost their star running back Dameon Pierce. Oh by the way they'll play the Kansas City Chiefs on Sunday. A spot where Houston should be trailing and needing to throw.  People want to write Moore off as one hit wonder but not me. I can see another double-digit target performance in his future.  Sign me up for another week of Moore and punch my ticket to the fantasy semifinals.

While some people may not be moved by Jerick Mckinnon’s recent big performances, this is not new territory for the veteran back. Last season in the playoffs, Mckinnon had some big performances, so it makes sense Andy Reid is increasing his workload in competition with Isaiah Pacheco, a seventh-round rookie, as the end of the season approaches. They should only trust him more as the season progresses, making him a potential league winner in my eyes. This week specifically, I think both Pacheco and Mckinnon can have big games. Whether it’s on the ground or through the air, I expect Mckinnon to have another big fantasy output going up against the Houston Texans' run defense, which gets gashed by everybody and their mothers. Ride him with confidence this week to the semifinals and beyond.

The easy answer to this question is Ezekiel Elliot. Sure Tony Pollard is the sparkle in the Cowboys backfield, but Elliot has been eating quite often as well. He actually has been as steady as they and I’ll just say Elliot has scored at least one touchdown in his last six games, so start him with confidence. Now let's look a little deeper. If you are looking for a flex option in 12-team leagues, a player you may want to consider starting this week is running back Zonovan Knight. All Mr. Knight has done since taking over number-one duties in the Jets’ backfield is make Michael Carter an afterthought. Knight’s touches have continually increased even after Carter came back from his injury. Knight out touched Carter 19 to 8 in Week 14. The running back has averaged 15.3 PPR fantasy points during his three games as the Jets' starter and that should continue in Week 15.

Which players are you trying to squeeze into your starting lineup? What hot topics or questions would you like for us to cover in the upcoming weeks? You can reach us on Twitter at @FCFantasySports.