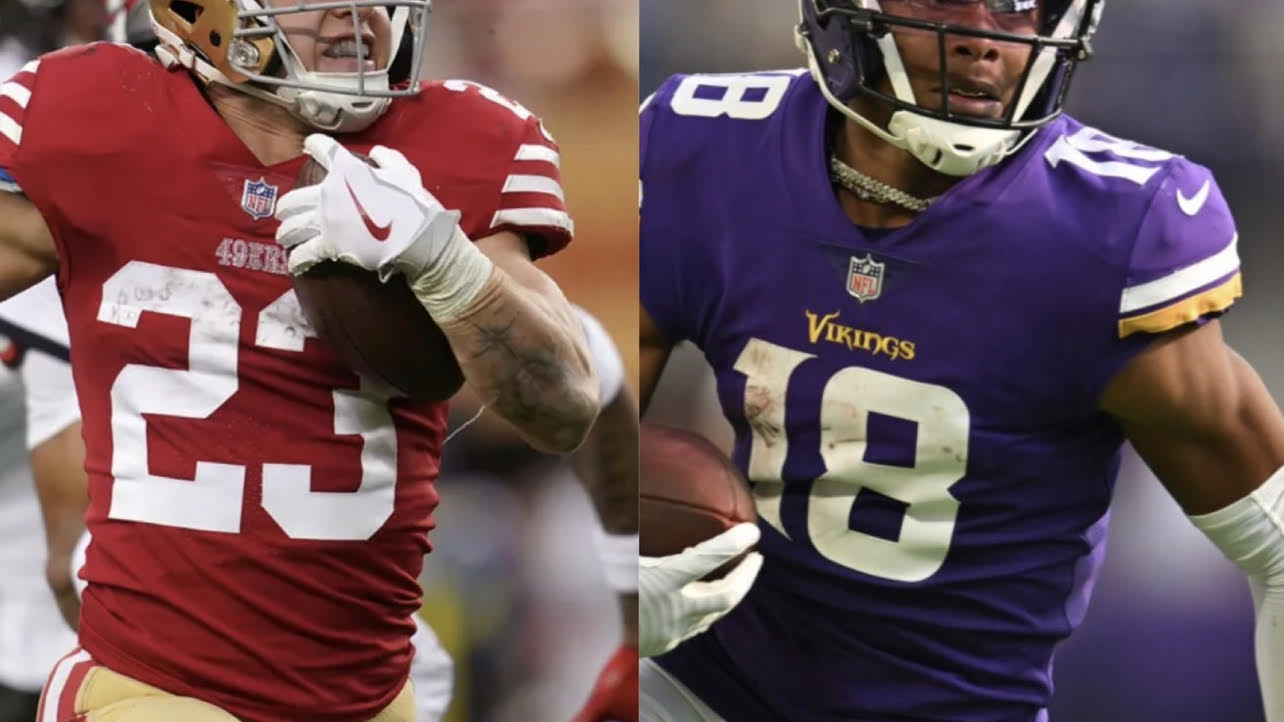 Fighting Chance Fantasy's Question of the Week: Who do you think will be the first player drafted in fantasy football leagues next season?

Hopefully, this series gave you some insight and helped you win a championship this season. Now that the season is coming to an end the last question of the week for this  season will now focus on 2023. Several staff members here at Fighting Chance Fantasy have tackled a hot topic to get fantasy managers ready for a title run. Topics varied from week to week, with an emphasis on giving you an edge against your league mates. Here's this week's question.

Who do you think will be the first player drafted in fantasy football leagues next season?

"What a year for early running backs, am I right?" - some amateur comedian at open mic night. Let's face it, most home leagues are now PPR, 12-team leagues, and two trends have emerged over the past two seasons. The first is the abysmal rate early running backs are paying off at ADP.  The other is that there is an elite tier of quarterbacks, and those guys are winning a lot of folks' titles this week. I doubt we see Josh Allen at the 1.01, but elite wide receivers can enter the discussion. If you were able to pluck Justin Jefferson in the mid-late first, you are probably fighting for a title this week.  Could this be the year we see a wide receiver go 1.01 in a lot of August 2023 drafts since Antonio Brown? I certainly think so. - Matt Miles @DirtyAirFC

Justin Jefferson so far this season:

The ultimate deliberation is who should be the first player drafted in fantasy football leagues in 2023. Obviously, a lot can change during the offseason but it comes down to who is more consistent every week. One wants that first-round pick to be your anchor for your team. At first glance, there are two names that should pop up in everyone's mind Justin Jefferson and Christian McCaffrey. These two players have been the epitome of consistency all year long. Both players have only had two games where they failed to reach double-digit PPR fantasy points. Sure Tyreek Hill and Austin Ekeler have scored double-digit fantasy points in every game this season, but for me, it’s between Jefferson and McCaffrey. Although when healthy McCaffrey has proven he is like a cheat code as he can score 20 fantasy points with ease. But there are two things that scare me away from CMC. His two years of injuries derailed plenty of fantasy managers' seasons and the fact that he is now on the 49ers that are a great team and has an awesome defense. This means that the need for him to be all-world every game won’t be necessary. If the Niners build a big lead you can see them saving him from having too many reps. Deebo Samuels has been mainly injured this season and they have barely played with each other. Jefferson on the other hand is only getting better. He has the quarterback in Kirk Cousins that can get him the ball at will and the Vikings' defense isn’t as great as the Niners so the Vikings tend to be in more shootouts. Therefore, I’m going with Jefferson as my numero uno heading into next season! - Leo Grandio @smooth1074.

Is there anything Justin Jefferson can't do!?! pic.twitter.com/n2skIqJOqw

I was really debating over this question, could it be Christian McCaffrey, Justin Jefferson, or even Derrick Henry?  Jonathan Taylor is dead to everyone now, and with Henry dinged up again here at the season's end, it is between CMC or JJ for me.  Depending on scoring or Super-Flex though it very easily could be Patrick Mahomes or Jalen Hurts after their awesome seasons.  For me, CMC has shown me career strides at staying healthy this season...finally, he is on a MUCH better team by miles.  The Niners have the best defense, and weapons at all key spots on offense. Even with the healthy return of Subway pitchman Jimmy Garoppolo, the 49ers are in a spot to succeed even if rookie Brock Purdy takes the reigns completely next season. Between Carolina and San Francisco, he has averaged 4.5 yards per carry, with eight runs over 20 yards.  his pass-catching is irreplaceable and he has 96 targets with 76 receptions, and as he digests this offense the first pick overall is where we will find McCaffery next season barring any major injuries in the remaining games this year. - Pat J. Wisniewski  @polkapat 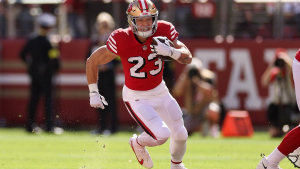 Now healthy, Mac is eating up yards like Pac-Man on pellets and Ghost's

2023 will finally bring back debate to the question fantasy analysts love to answer, “who should be drafted #1?.”  There are cases to be made for elite wide receivers such as Justin Jefferson or Cooper Kupp. Some old favorites at running back like Austin Ekeler and Jonathan Taylor could get a few votes. But to me, it still comes back to Christian McCaffrey. The most unique weapon in the most highly schemed offense. While his overall touches may go down, that doesn’t mean his efficiency will. I actually like the fact that he’s taking less of a pounding between the tackles. In a game of massive uncertainty, give me the best bet for big points each and every week. - Brian Drake @DrakeFantasy

The #49ers are 7-0 with Christian McCaffrey as the starting RB 👀 pic.twitter.com/X6Q9Uuxu5W

Which player do you think will be the drafted first next season? What hot topics or questions would you like for us to cover in the upcoming weeks? You can reach us on Twitter at @FCFantasySports.