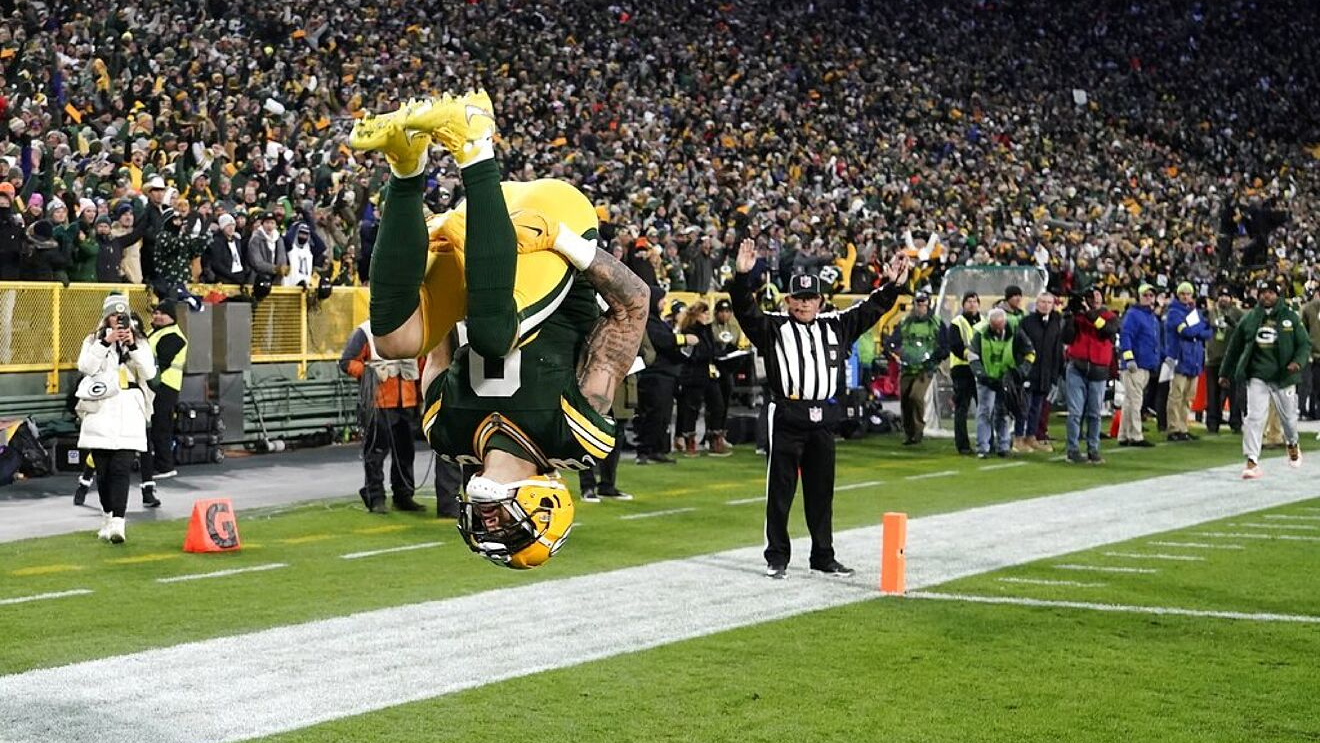 Fighting Chance Fantasy's Question of the Week: Who will be a league winner this year?

Don't look now but we are just two weeks away from the fantasy playoffs baby! Hopefully, you have already clinched a playoff berth in your fantasy league, but if not there is still time to grab one of those final spots. Every week several staff members here at Fighting Chance Fantasy tackle on a hot topic of the week to get fantasy managers ready for a championship run. Topics will vary from week to week, with an emphasis on giving you an edge against your league mates. Here's this week's question.

Which player that was either drafted late or a waiver wire find, will be a league winner this year?

Coming into the season everyone was excited to see what this wide receiver rookie class could do. Some receivers landed in perfect spots so they could flourish early, while others were in not-so-ideal situations. Regardless the rookie wide receiver that I think could be a league winner this year is Treylon Burks. During training camp and throughout the season Burks has had to deal with a list of ailments and injuries that have slowed his development. His most recent toe injury even led Burks to a stint on injured reserve. This has caused Burks's roster percentage to fluctuate in just about every fantasy league format out there. Whether you stashed him on IR, just added him recently, or if he is still floating around in your waiver wire snatch him now before it is too late. Since he’s returned, Burks has become the Titans’ unquestioned WR1. Opposing defenses will have to stack the box in order to try and contain Derrick Henry. This will free Burks up to make big plays downfield. Burks has averaged 5.5 receptions and 90.5 yards over his last two contests. That’s an average of 16.5 yards per play. He will continue to be heavily involved in the offense and could post WR2 fantasy points weekly for the rest of the season. Not bad for a player that was either drafted past the tenth round or who was just picked off waivers.

Treylon Burks has really turned the corner the past couple of games, 52-yard gain right here.

Looking a lot like the man he replaced, AJ Brown.pic.twitter.com/pqmoq9OvEW

The term "League Winner" is pretty subjective, and sometimes gets thrown around a little too loosely.  I personally define a League Winner as a player who was knocked down in consensus or elevated to action by either injury, situation, etc., and pops in the final weeks of the season.  Keenan Allen was fighting a lingering hamstring injury most of the year but looks like he finally turned the corner.  Last week, Allen played 63% of snaps out of the slot. The Chargers need to keep winning to keep their playoff hopes alive. The table is set for a solid playoff run with Allen as your WR2.

Brian Robinson's journey in his rookie season has been filled with trial and tribulations. After suffering gunshot wounds and healing on IR for the first fours weeks of the season, he then dethroned the putrid tandem of Antonio Gibson and J.D. McKissic. After that he then lost his starting gig to Gibson, only to finally take it over last week with 105 rushing yards, 20 receiving yards, and a receiving touchdown. BRob has regained his mojo.  Washington is reborn with quarterback Taylor Heinicke and has the record to back it up, and while BRob is no LaDainian Thomlinson, he is the best RB in the nation's capital and is a solid RB 2/3 in leagues.  He is still only rostered in 75% of Sleeper leagues and the same in Yahoo leagues, fantasy managers should be fist-fighting for starting RBs at this point. So get out there and make him the difference between being a winner or an annual donator.

Low-hanging fruit, right? All Christian Watson has done over the past three weeks is put up three consecutive top-10 finishes in PPR. Six touchdowns MIGHT be a bit unsustainable, but his route participation has been where we want our fantasy studs. Watson has run routes on 85% of dropbacks over those three weeks, and there's a bit more room to grow in that regard. The target earning for Watson is still a bit of a work in progress, as he's averaged just over six targets per game, but in Green Bay's low volume passing attack (-12% pass rate over expected since Week 10), Watson has been the one to carry the bulk of the passing game efficiency, and he's done so with flying colors. Plus, I'd say he's supplanted noted dustball, Allen Lazard, after his 15 minutes of fantasy fame in the first half of this season have run dry, with three of Lazard's four worst weekly fantasy outputs coming with the rise of Watson.

Expecting an uptick in target volume with some continued efficiency on a 6-foot-5, 207-pound rookie that's catching passes from Aaron Rodgers? Sign me up.

We witnessed it on Thursday night against the Patriots, but James Cook entered 2022 as a sleeper and then frustrated fantasy managers. I found Cook on the waiver wire in a 14-team redraft league, so I swiftly scooped him up. After Nyheim Hines joined the Bills, Cook's stock went down. However, Cook remained involved as a high-end backup to Devin Singletary. Against the Patriots in Week 13, Cook had an 18.2% target share for the Bills behind Stefon Diggs (27.3%) and Gabe Davis (21.2%), with Singletary at a 6.1% target share. He only reached that 18% target share mark twice in 2021 and 2022. Cook edged Singletary in rush share (48.5% to 38.6%) in Week 13. That's a significant change from Weeks 1-12 when Singletary had a 36.7% rush share and Cook at 17.2%. Cook could keep his standalone value or be like Singletary to finish 2021 as a league winner.

I can't imagine many fantasy managers thought back in August they'd be thanking their lucky stars to land Giants wide receiver Darius Slayton off waivers, but here we are.  The fourth-year pro has rejuvenated his career after nearly everyone else on the Giants' depth chart either got hurt or was traded.  Since returning to the fantasy scene in Week 5 we've seen him produce five double-digit PPR weeks.  After the Giants' Week 9 bye Slayton has become the go-to receiver in Gotham.  He's seen 20 targets and runs a route on 82% of their snaps in that time frame.  That's the kind of production we can all get behind.  Slayton is only rostered in 35% of ESPN leagues.  Do yourself a favor and add him before your friends start him against you in the fantasy playoffs.

Which player do you think will be a league winner this year? What hot topics or questions would you like for us to cover in the upcoming weeks? You can reach us on Twitter at @FCFantasySports.