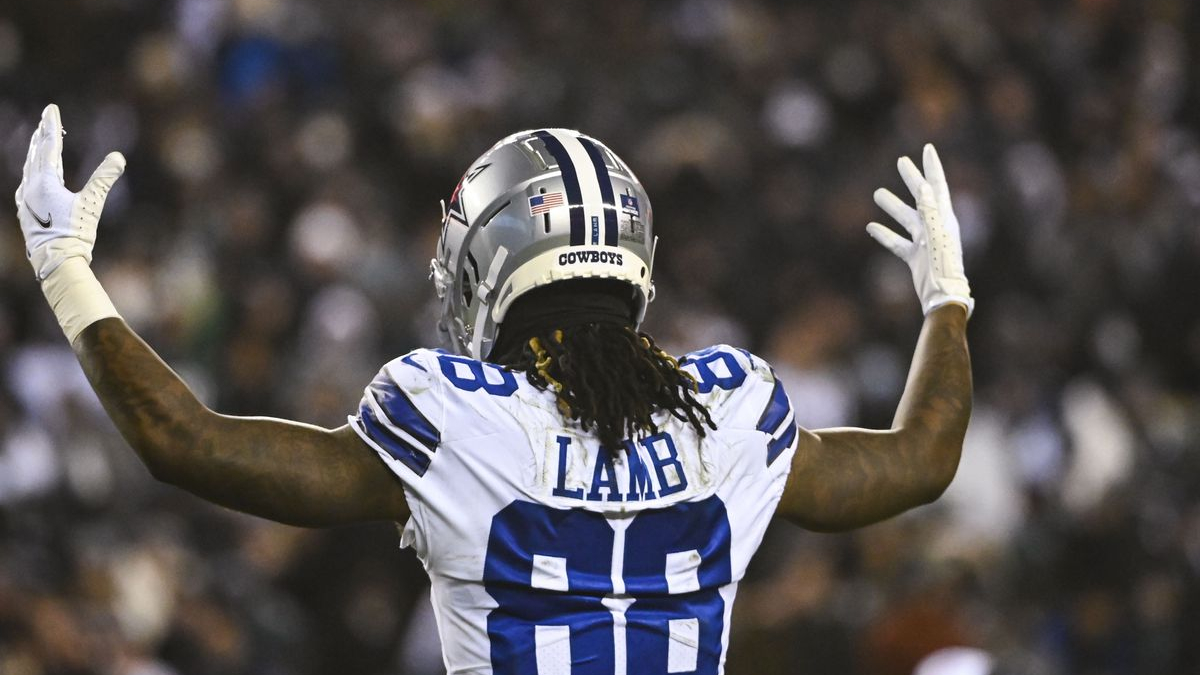 Fighting Chance Fantasy's Question of the Week: Who you buying?

With the fantasy football season past its midway point, some staff members here at Fighting Chance Fantasy are looking to tackle a hot topic each week to get fantasy managers ready for a championship run. Topics will vary from week to week, with an emphasis to give you an edge against your league mates. Here's this week's question.

What player are you buying or trading for before the trade deadline, to make a playoff push?

I'm looking for any Los Angeles Chargers wide receiver, and possibly Gerald Everett if cheap enough.  The Chargers after this week get a nice schedule coming up and it's possible Keenan Allen could be this year's Mike Evans down the stretch.  Hat tip to @DrewDavenportFF for the Pass Defense DVOA stats on this one! - Matt @DirtyAirFC

Here is Justin Herbert's schedule the rest of the year with opponent's Pass Defense DVOA rank:

When we’re coming down the stretch to make a playoff push I like to look for players that are as consistent as possible. By now we should know how these players should perform for the rest of the season unless an injury takes place or something unforeseen happens. The player I would love to add most this season is rookie Chris Olave. He has proven that he is quarterback-proof. Whether it is Jameis Winston or Andy Dalton under center Olave has shown he can get it done on a weekly basis. The only week where he failed to reach double-digit fantasy points this season was Week 1. Olave still almost reached that plateau by scoring 9.90 fantasy points. From then on he has been a PPR dynamo. Michael Thomas is out for the season and god knows what Jarvis Landry has left in the tank, or when he’ll even return to the line-up. Olave has racked up 43 receptions for 618 yards and two touchdowns for the season so far. Olave is a buy high player for me. Remember you have to pay to play sometimes. - Leo G. @smooth1074

CeeDee Lamb hasn't been the biggest name this season but he's been moderately consistent. Since after Week 1, Lamb has had at least 10 fantasy points in every outing only topping 20 twice. That being said the WR-2 start to the year has brought the shine on his name down a bit which is perfect for acquiring him via trade. With Lamb's quarterback missing five games (17 total in Lamb's career) he was still top-10 in receiving yards before the bye giving me confidence that huge games are coming. Lamb being WR-16 as we speak baffles me with Dak missing five games (don't forget the bye) and the defenses he's gone up against. Yes, I'm a Cowboys fan, but I want Lamb on my fantasy team(s) going forward. - AJ @fft_aj

Off to a fast start with the @dak to @_CeeDeeThree connection!

Rachaad White is the most explosive back yet to break out this season. Tampa Bay has been mostly ineffective on offense and White's opportunities have been less than expected when the season started. We all know situations change in a heartbeat in the NFL. If Leonard Fournette is somehow out of the picture for whatever reason, White could become a weekly Top 20 option for a position that's historically scarce in December. If you have any hope of winning a fantasy title please do yourself a favor and be proactive and create options on your bench before the reactive manager catches on. You might even get lucky if the versatile rookie eventually plays himself into flex consideration even when Fournette plays. - Michael Chasco @ChascoFCF

We need to give Rachaad White more touches. I feel like he’s so much better than Lenny with the ball in his hands. pic.twitter.com/4EAwpCR4c7

What hot topics or questions would like for us to cover in the upcoming weeks? You can reach us on Twitter at @FCFantasySports.