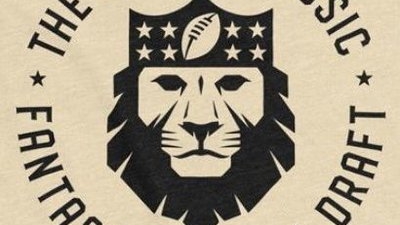 This past weekend, the third annual King's Classic draft was held and the Fighting Chance team set out to do what we do best here at Fighting Chance Fantasy...kick some ass!

For those of you that aren't familiar with the King's Classic, it's a contest that began three years ago where the top 24 fantasy football websites/personalities faced off against each other in a battle for bragging rights. The contest expanded from 24 to 28 teams in year two, and now in year three, there are a total of 42 sites involved, including an expansion to some international sites. Normally we all venture from around the country and head to Canton, Ohio to draft in person from inside the Pro Football Hall of Fame, but since this year the damn "rona" has hit, we held the event virtually. Since I have kids, I am forced to call the Corona Virus, "rona".

There are three leagues in the King's Classic and each league performs two drafts, a snake draft as well as an auction. Repping Fighting Chance Fantasy for the snake portion was our very own Brian Drake (@drakefantasy) while I represented us (@fantasygeek37) in the auction. I have to say, it is a blast to draft/auction in this sea full of sharks and it's one of the highlights of my year.

Since I completed the auction, let's dig in and see how I did!

If you don't strategize for your drafts, you aren't doing it right. Auctions in particular allow you to follow many different paths, so it's important to have a game plan on what you want to accomplish. Let's begin with the league settings.

This is a 14-team, PPR league which requires starting a minimum of one quarterback, two running backs, three wide receivers, and one tight end. You also have to start three flex players, which can be a running back, wide receiver, or tight end. Ten total starters each week with six bench spots.

As far as what my overall strategy, let's break it down by each position.

Out of all four positions, my goal was to spend the least amount on quarterback. There are a total of 19 quarterbacks that I would be happy to start on a weekly basis, so I don't want to spend big money on a guy like Lamar Jackson or Patrick Mahomes so that I can use those funds in other areas. Because I don't want to spend big bucks, I will be taking two quarterbacks so that I can play the best matchup each week. Plus, in a 14-team league there may not be the depth on the waiver wire to weekly stream the position so I would like to have my backup already on the roster after the auction. If I could end up with two of the guys like Matthew Stafford, Daniel Jones, Ben Roethlisberger, Josh Allen, Cam Newton, Aaron Rodgers, Ryan Tannehill, Baker Mayfield, or Joe Burrow without spending much money, I will be a happy man.

Running back is one of the shallowest positions in fantasy football this year, so my goal is to try to get as many players at the position that I can start on a weekly basis without spending huge on the top players. When you figure this is a 14-team league, and you are bidding against a room full of people who all realize the same position scarcity, it's a recipe for inflated prices at the position.

Ideally I would like to start off with two backs in the tier of Leonard Fournette, Chris Carson, Todd Gurley, James Conner, Melvin Gordon etc, and then fill out my roster with as many people I can plug into my flex as I can. Running backs could be used for trade bait as well since there will likely be several teams which are deficient at the position, so the more I get, hopefully the more leverage I have in trade negotiations. 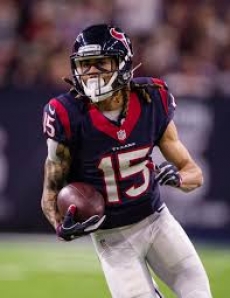 If he can stay healthy, and that's a big if, Will Fuller has the potential to be a league winner for your fantasy team.

I can almost guarantee I won't own a top tier wide receiver when this auction is completed. Receiver is deep and I should be able to get value and players I can start each week at a lower price than running backs. Hopefully I can get a WR2 to be my anchor and then draft six or seven more pass catchers with a mix of stability and upside. I have a few receivers identified such as Marquise Brown and Will Fuller who have the potential to be league winners, and I would like to pair them with players like Julian Edelman, Sterling Shepard or Golden Tate, Jarvis Landry, or maybe even lower ranked players like Randall Cobb or Anthony Miller, who have decent floors but not the highest of ceilings. In a 14-team league where you start ten players (with no kickers or defense), you can not underestimate the importance of being able to have enough quality players that you can start on any given week.

The other reason I want to spend up at tight end is that if you want to have an edge over your opponent on most weeks, I think tight end is one of the best spots to gain it. If I can land Kelce, Kittle, Andrews, Ertz, or even Waller, there will be a lot of weeks where I play those teams that are rolling out Ian Thomas, and I immediately have close to a ten point head start over my opponent. I'm looking for every edge I can in this league, and I think tight end is a good place to start.

Let's take a peek at the final results and then break it down by position once again. 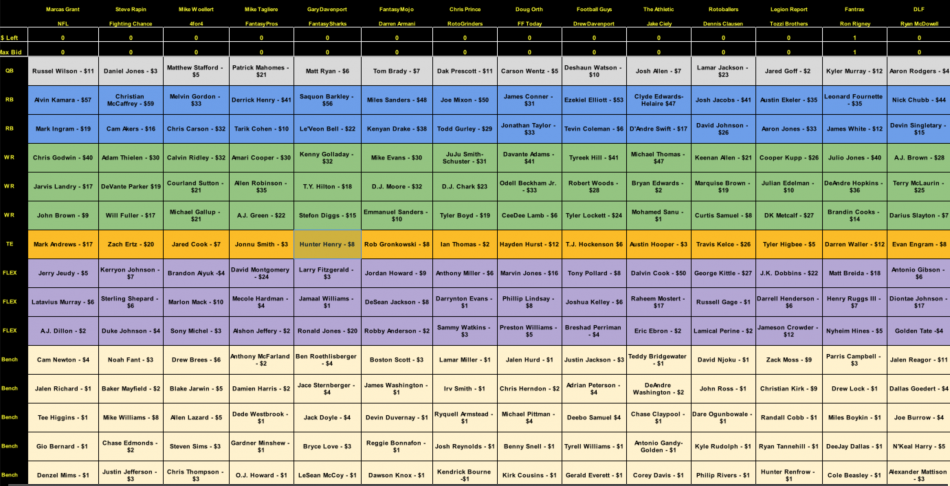 Mission accomplished as I was able to land two quarterbacks for a total of only $5. I love the upside of Daniel Jones and think he is a potential breakout candidate in 2020. I believe that Baker Mayfield is in store for a bounce-back after struggling in 2019 as their revamped coaching staff in Cleveland should put him in position to excel. 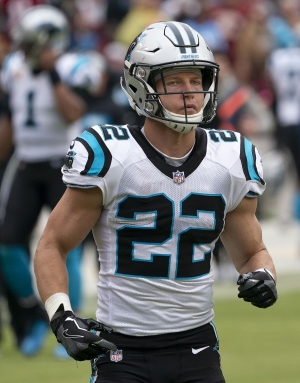 I have a lot resting on the shoulders, and legs, of Christian McCaffrey this season.

The shit fell off the rails very quickly as I snagged Christian McCaffrey as the first player off the board in the auction. I have no god damned discipline! So much for my strategy of avoiding the top tier and loading up on mid-tier running backs. I had CMC pegged as a $65 player and in this league in previous years, there have always been a few players that have topped the $60 barrier. I was bidding on him until he went to my max thinking I wasn't going to get him and was very happy when I landed him for $59. For comparison, in the Brown Division, McCaffrey went for $66 to Dave Richard from CBS Sports and four other players went for $60 or more...Saquon Barkley ($62), Ezekiel Elliott ($63), Alvin Kamara ($60), and Dalvin Cook ($60). In the Dawson Division, McCaffrey went for $63 to Lewis Glover from FF Down Under while Elliott also went for over $60 as he was sold to Ian Hartitz of Pro Football Focus for a whopping $70. While this forces me to adjust my strategy, I am very happy to land CMC as my anchor.

After McCaffrey, I struggled to find value at a reasonable price at the running back position, so I am not happy with the depth. I feel like Cam Akers will be a very good back for the Rams, but I worry about relying on a rookie with limited preseason time getting off to a hot start. Hopefully he can find his groove early. Kerryon Johnson has battled injuries over his two seasons with the Lions as he's only played in 18 games over that span, but when he's healthy, I think he will have a solid role, even with the addition of rookie DeAndre Swift to the backfield. I don't believe the Texans will try to over work the aging David Johnson, so while I don't see Duke Johnson ever handling the full load there in Houston, I do believe he will have a large enough role to be flex worthy in deep leagues such as this. I finished off the position by taking two players that are backups to players who have dealt with knee issues. If for some reason Kenyan Drake or Todd Gurley miss any time, both Chase Edmonds and Ito Smith could be very nice backs and immediately be thrust into my starting lineup.

I am very happy with how my wide receiver corp group turned out in this auction. My goal was to get a WR2 as my anchor and I landed Adam Thielen for $30. Thielen is the WR13 in my PPR rankings, so technically I landed a WR1 since this is a 14-team league. Great job Steve! I love patting myself on the back.

I was able to follow this up with taking two players I really like in DeVante Parker and Will Fuller. Parker finished last season as the WR11 in PPR leagues and I know people say he performed better when Preston Williams wasn't in the lineup (which is true), but with Allen Hurns and Albert Wilson both opting out of the season, I think Parker will see all the targets he can handle. I mentioned I had identified Fuller as a high upside person I was targeting and was happy to land him. At the time, I felt I had over paid for him, but he went for $20 and $15 in the other two leagues so I feel like I'm right in line with his value. He may disappear some weeks, but with his rapport with Deshaun Watson, the departure of DeAndre Hopkins, as well as his ability to win you weeks on his own with his monster performances, I am very happy he is on my roster.

Rounding out my wide receiver corps are Mike Williams, Sterling Shepard, and Justin Jefferson. I feel like that Tyrod Taylor or Justin Herbert are better fits for Mike Williams' game than Philip Rivers was last season, so I'm hoping we still haven't seen the best of what he has to offer. Shepard is a solid PPR target and should see plenty of looks his way in New York. I was looking at avoiding rookie wide receivers in this auction, but with Stefon Diggs now in Buffalo, I have a feeling that the first round pick, Jefferson will be a key part of the Vikings' offense from day one.

My goal was to land a top tight end and I achieved that by taking Zach Ertz for $20. I'm a little upset because Mark Andrews went for $17 to Marcas Grant from the NFL Network and I love Andrews this season, but with George Kittle going for $27 and Travis Kelce ($26) both going to Dennis Clausen from Rotoballers, I can live with $20 for Ertz, who should be in line for a great season. I wanted a quality backup in the case of an injury or if I needed to make a trade and Noah Fant definitely fits that bill.

Overall, I'm very satisfied with how my King's Classic team panned out. While the selection of Christian McCaffrey forced me to adjust my strategy and that caused me to be a little light at running, I think I have a deep team that has a nice mix of upside and stability. Where some teams may struggle to play ten quality players each week, I feel like I have about 14 players I can plug in if I had to. Mixed with the two running back handcuffs and their upside, I think I have a solid chance of competing in 2020. If not, I will just pull a Tonya Harding and start taking out kneecaps...