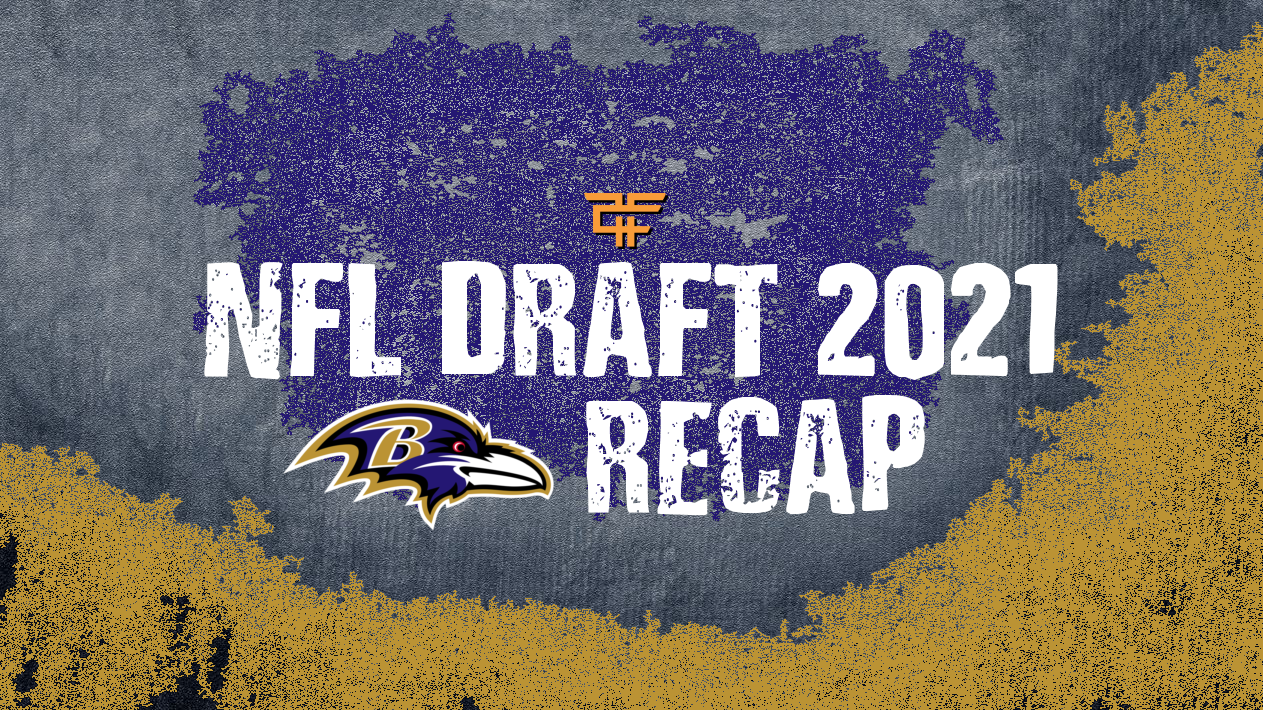 Today, we tackle the Baltimore Ravens, so let's see what they did in this year's NFL Draft!

Who the Ravens selected:

Before the draft, I was very concerned about what wide receivers Baltimore would draft and inevitable ruin. It looks like we got two candidates this season in Rashod Bateman and Tylan Wallace. Full disclosure: I love both receivers, and I honestly don't think Bateman, at the very least, will be bad for the Ravens.

Bateman will not be a deep average depth of target (aDOT) guy, but he'll help Lamar Jackson convert first downs and be a formidable presence over the middle like a Keenan Allen or Michael Thomas. The worry with Baltimore is pass volume. Could this mean a tweak to their offensive philosophy? Sure. The Ravens will still be a heavy running team though, which will cap any upside receivers have in this offense. Not to mention, the Ravens run so many offensive sub-packages with tight ends, fullbacks, multiple running backs, and extra offensive lineman that it will take skill position players off of the field. To be able to score fantasy points, you have to be on the field. Bateman was a lock to be selected at the end of the first round of dynasty rookie drafts until he landed in Baltimore. If you still love his game and want to make a bet on talent, you're able to get him at a discount now based on the perception of Baltimore's offense hindering his development from a fantasy perspective. The beginning of the second round is a steal for somebody of Bateman's talent. With his skill set, he can potentially overcome that with some volume and the continued development of Jackson as a passer. It wouldn't surprise me at all if Bateman led this team in targets for 2021 and beyond.

Tylan Wallace fell to the fourth round but could be in the mix for the third receiver spot. He falls into the same trap as all Baltimore receivers do, which was outlined above. He still has to contend with Marquise Brown, Devin Duvernay, Bateman, and Sammy Watkins in his position group. Yikes. In dynasty drafts, you'll see him drafted as high as the end of the second round in rookie drafts, but I feel better drafting him at the beginning of the third round.

Ben Mason will be the eventual replacement for 300-pound fullback Patrick Ricard, move along for fantasy purposes.

Bateman is a late-round selection in redraft formats, which could be an excellent value at the end of your bench. As for Wallace and Mason, they're not worth selections in redraft.