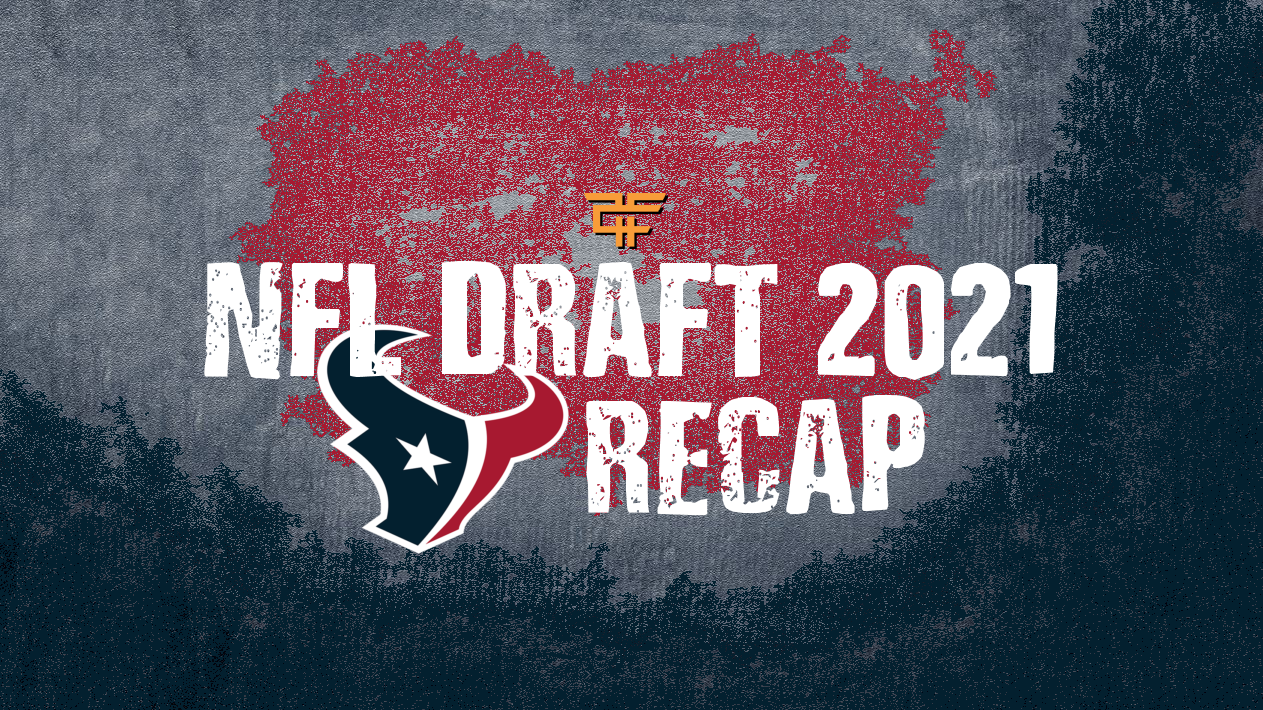 Today, we tackle the Houston Texans, so let's see what they did in this year's NFL Draft!

Who the Texans selected:

In Nick Caserio's first draft as Houston's general manager, to say he didn't have much to work with is a definite understatement. With just five picks to work with and only two of them before the fifth round, the Texans had to pick judiciously. They began their draft selections with Stanford's quarterback, the not-so-mobile Davis Mills. With uncertainty due to the legal situation of Deshaun Watson, this was a smart pick to have in their back pocket as the situation unfolds. 6-foot-4 Nico Collins was a fast riser leading up to the draft, and with not so much at the wide receiver position after Brandin Cooks, Collins could be a quality split end if he can work on managing physical press cornerbacks at the NFL level. He may get a shot as soon as this season. As for their last offensive pick, Brevin Jordan is an intriguing pick because of his athletic profile. He could challenge incumbent tight end Jordan Akins for a starting spot but likely comes into sub-packages in his rookie season.

I'm not drafting any of these players for redraft, but Collins is intriguing if he gets playing time early on in the season. He could be a significant future piece for the Texans as they begin their long ascent towards viability in the post-Bill O'Brien era.