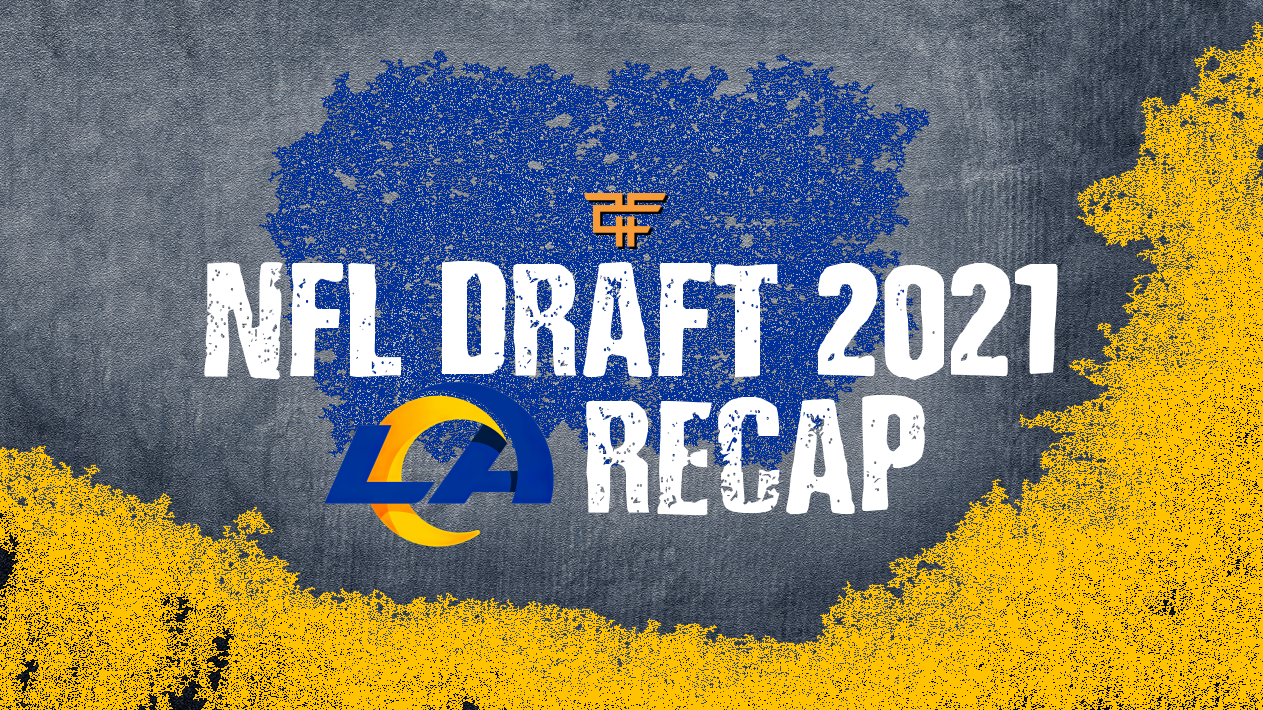 Today, we tackle the Los Angeles Rams, so let's see what they did in this year's NFL Draft!

Who the Rams selected:

The Rams locked up their outside WR3 in the second round with all 5'9" 150ish pounds of Tutu Atwell. Similar to the most of the NFC West, the Rams drafted a speedster to help out their new quarterback, Matthew Stafford. He has the perfect mentor for the role he's taking over as the Rams signed Desean Jackson this offseason. Then in the 4th round the Rams picked up Jacob Harris as a hybrid wide receiver / tight end. Harris will be somewhat of a project player as he transitioned to football and his current hybrid role once he got to college and so this is about his physical traits at 6'5", 219 pounds. With Fighting Chance's own Kevin Tompkins declaring "Jacob Harris for the Rams is gonna be WR/TE eligible and will be a PROBLEM for defense." Harris had 8 touchdowns in 6 started games last year. Finally, in the seventh round the Rams got some depth with Jake Funk at running back and Ben Skowronek at wide receiver. Neither of these picks will be on your fantasy radars for the foreseeable future.

The most important part of the Rams draft wasn't who they drafted, but the fact that they didn't address their aging offensive line which is mediocre at best. I was shocked that they completely bypassed their offensive line given Cooper Kupp and Robert Woods both signed long term deals last year, and Van Jefferson was drafted in the second round of the 2020 draft. My main concern with Tutu is his size and weight. I'm not sure he will be able to hold up to the punishment that the NFL dishes up every Sunday. Coincidentally, the same can be said for Desean Jackson. However, we have seen time and time again that DJax is a bolt of lightning every time he touches the ball. So hopefully Tutu can become the younger, more healthy version of Desean Jackson, but call me skeptical. Lastly, Harris is someone that I am intrigued by, but only in the deep 4th or 5th rounds of rookie drafts. You'll need to have a deep roster to have him sit while hoping his touchdown prowess and big body can earn him a roll.

The biggest winner is probably Matthew Stafford's fantasy numbers, even if they didn't care to address the offensive line issues. Hope Stafford can manage to stay upright again the stout 49ers and Cardinals defensive lines.