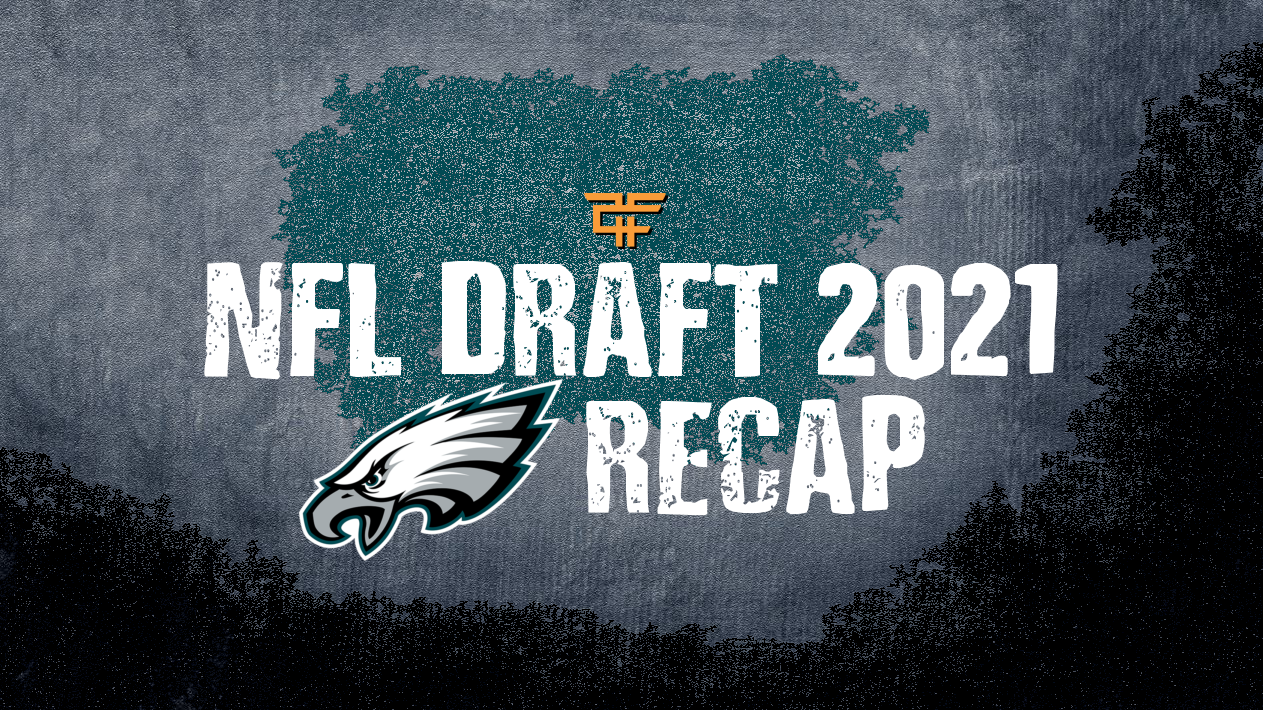 Today, we tackle the Philadelphia Eagles, so let's see what they did in this year's NFL Draft!

Who the Eagles selected:

The birds added two skill position players, but their fanbase was still less than enthused by the group.  Heisman winner DeVonta Smith fills a major need in new Head Coach Nick Sirianni's offense.  People want to hang their hats on X, Y, and Z positions for WR's but in this offense, players will be used all over the field.  Think of T.Y. Hilton and Keenan Allen, both of whom win from the slot and out wide.

Smith will start immediately opposite Jalen Reagor.  There is nowhere to go but up for this passing offense.  The Eagles ranked 30th in PFF's passing offense grades.  As pathetic as that was, it was highlighted (or lowlighted) by Greg Ward leading the team in receptions (58) and touchdowns (6).  Yikes.

Miles Sanders is still the main man behind what should be a much improved (if healthy) unit.  The addition of Kenny Gainwell could negatively impact Sanders's role in the passing game.  Let's not forget that in 2019 at Memphis, Gainwell outproduced Antonio Gibson and produced over 2,000 yards from scrimmage. His 5'11 and 201-pound frame scream 3rd down back, but he's shown burst between the tackles in college and was one of the most elusive RB's in 2019.  Think of him as Philly's Nyheim Hines.

While Second-year QB Jalen Hurts takes over as the main signal-caller, he will lean heavily on the sure-handed Smith to elevate an offense that finished dead last in completion percentage.  Most weeks, I see him as a boom or bust WR3.  That may sound wishy-washy, but we need to see how Sirianni's offense takes shape and how much Jalen Reagor grows as a second-year pro.  Hurts though will be a fantasy dynamo with his dual-threat abilities.

Gainwell is a dynasty prospect only.  Stash him on your taxi squads and see how he's deployed.  If Sanders ever goes down, there's no chance that cement-footed Jordan Howard takes over the full-time role.

Miles Sanders, Dallas Goedert, and Jalen Hurts should be the first three Eagles off the board in fantasy drafts.  Don't get cute reaching for these wideouts just yet.

Listen to him host the "Fantasy Football Hustle" wherever you find podcasts.