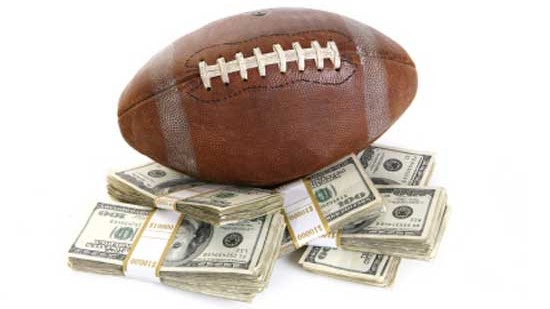 Week 2 was a very good week for our procrastinators, I mean prognosticators. No one was under .500 as Steve and Ryan went 4-1 with their picks and Drake, Gary and Joe all went 3-2. Not too shabby. Can they do it again? I think Steve can, but not so sure about these other chumps. Let's take a peak at the standings through two weeks of the competition.

Buffalo Bills -6 over Cincinnati Bengals. The Bills are looking like a legit playoff contender this season through two games, and the Bengals…..well, they aren’t. Cincinnati got blown out at home last week against San Francisco and the Bills defense should have little trouble holding down Andy Dalton and the Bengals. Look for Josh Allen to run for nearly 100 yards, old ass Frank Gore to score a touchdown, and John Brown to continue his hot start.

New England Patriots -22.5 over New York Jets. Let’s face it, there is no love lost between the Jets and the Patriots and with third string quarterback Luke Falk behind center, Bill Belicheck should have ZERO trouble running up the score on them. The Pats are off to a great start smashing the Steelers and Dolphins, and now that they have purged the distraction that is Antonio Brown, they should roll again. I probably would have laid 28 points if the spread was that high.

Dallas Cowboys -22 over Miami Dolphins. The poor Dolphins. The schedule makers sure hate them as they open with the Ravens, Patriots, and Cowboys in successive games (by the way it gets no easier in Week 4 against the Chargers), and they are set up for their third straight ass kicking. They will start Josh Rosen, but that won’t matter much because the defense can’t stop anyone and now they traded Minkah Fitzpatrick. Cowboys should win by at least 35.

Atlanta Falcons +1 over Indianapolis Colts. The Colts have gotten off to a much better start than I anticipated, but so have the Falcons. The Atlanta offense appears to be firing on all cylinders and with Calvin Ridley becoming just as dangerous as Julio Jones, it is hard for pass defenses to stop them. I don’t have 100% confidence in this one, but give me the Falcons.

Baltimore Ravens +6.5 over Kansas City Chiefs. This one is going to be an awesome game to watch. The Ravens have an awesome defense, and of course the Chiefs have the best offense in football. I actually think the Ravens win this one, but even if they don’t I think they can keep it within a touchdown. The Chiefs defense is certainly not ready to handle Lamar Jackson and I think Baltimore can put up 30 points in this one to cover the spread.

NY Jets +22.5 over New England Patriots. This is crazy. The Jets defense isn't THAT horrible. They aren't the high school team the Dolphins are but c'mon. They'll keep it respectable and I think score 10 points. Jets cover.

Detroit Lions +6 over Philadelphia Eagles. Eagles have all their playmakers on the outside hurting. Wentz will go dink and dunk to Ertz and Sproles. This has three point game written all over it.

Atlanta Falcons +1 over Indianapolis Colts. Mack is hurt. Brissett is trash. Enough of these guys. Atlanta gets their act together and wins going away.

Seattle Seahawks -4 over New Orleans Saints. I don't buy Teddy Bridgewater at all. He's a game manager and not a particularly good one. Seattle rolls here.

Pittsburgh Steelers +6.5 over San Francisco 49ers. Call me crazy but I kind of like Mason Rudolph. I think he's the future in the steel city and it begins Sunday. Steelers may not win, but that 6.5 is too big of a nut. (Editor's note: That's what she said)

Denver Broncos +7.5 over Green Bay Packers. Something just doesn't feel right between Aaron Rodgers and Packers head coach, Matt Lafleur. Combine that with the fact that Broncos coach, Vic Fangio spent the last four years as Bears offensive coordinator and knows the Pack really well, and not only do I think that Denver has a good shot to cover, but also to win this game outright in a bit of a shocker.

Detroit Lions +6 over Philadelphia Eagles. I NEVER pick either for or against the Lions in this competition because just in real life, they always find a way to break my heart. However, the Eagles just have too many injuries and I feel the spread is too large to make up for that.

Arizona Cardinals +3 over Carolina Panthers. Cam Newton is out and I'm not sure with the way he's been playing, that's necessarily a bad thing. However, the Panthers rush defense is 26th in the league and with Kyler Murray averaging 47 pass attempts per game, I think Kingsbury starts balancing out this offense and we see a heavy dose of David Johnson in Week 3.

Houston Texans +3 over LA Chargers. I'm pretty sure I will pick the Texans in this Parlay, anytime I see that they are underdogs. I have that much trust in Deshaun Watson.

LA Rams -3 over Cleveland Browns. Something just seems a little bit off with the Browns and with such high expectations going into the season, this just seems like a game where the Browns are going to Brown and disappoint their fans again.

LA Rams -3 @ Cleveland Browns. The preseason is almost over for the Rams, and I don’t want to be in their crosshairs moving forward. The Browns OL is garbage. Donald is about to eat them alive.

Chicago Bears -4 @ Washington Redskins. What do the skins have to offer other than Terry McLovin? This isn’t the same Bears defense that AP used to run against in his 20s. If Trubisky can get out of his own way and they feed Monty (David Montgomery), then this will not be a close game. (I don’t know what the over is, but definitely take the under.)
Minnesota Vikings -8 vs Oakland Raiders.  I was very impressed by the Raiders in Week 1 vs the Broncos. And then they played the Chiefs, and the Broncos didn’t seem anything special again Week 2. So I’m all aboard the Cook train and maybe they can rehab Kirk’s bruised ego along the way, and with it, Thielen’s and Digg’s fantasy values.
Buffalo Bills -6 vs Cincinnati Bengals. What is not to love about this team? They have an amazing passer, a star studded wide receiving corps, and a young running back. Oh wait.... they are the grittiest team in the NFL that finds a way to win. The Bengals feel like a lost season EXCEPT for fantasy WRs. I love me some first home game of the season!
San Francisco 49ers -6.5 vs Pittsburgh Steelers. The 9ers get their first home game of the season. After starting 2-0 on the road against Tampa and the aforementioned Cincinnati, who are the 49ers? Are they good? We will find out in week 4, after they’ve kicked Mason Rudolph’s ass. For week 3, I’m betting on that DL to battle in the trenches with one of the top OL in football, and ultimately win out against an unproven back up. (Editor's Note - Homer Pick!)

Titans + 1.5 over the JAGUARS. Yes the Jags still have a strong defense, but let’s face it, they’re a broken team. They lack leadership and discipline. The Jalen Ramsey vs. Doug Marrone fiasco is probably just a small sample size of the chaos that is going on beneath the surface in that Jaguars locker room. QB Gardner Minshew is a fun guy to follow in social media and might surprise us with his production before season’s end, but there simply aren’t enough receiving weapons on this team for him to truly break out. Running back Leonard Fournette cut the negative people out of his life and started eating well, but he still hasn’t rushed for 100 yards since 12.10.2017. Take the Titans and the points. The Jags are done. (Editor's Note...Joe submitted this before Thursday night's game...unfortunately for him).

Giants + 6.5 over the Buccaneers. It’s the start of the “Danny Dimes” era for the G-Men!! The whole team gets a big boost from Daniel Jones being under center. Jones will benefit from WR Sterling Shepard's return to action. The Bucs defense is much improved this season but the Giants will obviously inject a lot of Saquon Barkley into their offensive game plan which should take some of the burden off of Jones. Danny should still be dropping dimes to Shepard and TE Evan Engram. The Giants have covered seven of their previous eight road games. Take the Giants and the points.

PACKERS – 7.5 over the Broncos. In seven games in their history as a franchise, the Broncos have never won a game at Lambeau Field. The Broncos anemic offense is going to have a hard time scoring points against a resurgent Packers defense in Green Bay. The Packers offense hasn’t scored too many points either, but should get a boost from playing in front of their home crowd. The Packers win 27-17.

VIKINGS -8 over the Raiders. The Raiders came crashing back down to earth in their 28-10 loss to the Chiefs last week and have another very tough matchup against the Vikings. Although it seems their RB Josh Jacobs will play this week it’s obvious that he’s not at 100 percent. With the Raiders probably not being able to effectively run the ball this week, their passing game should also have its own issues against a good Vikings pass defense. The Raiders have been tough against the run but Dalvin Cook has been phenomenal thus far and should carve out a big day. Playing at home the Vikings should easily cover the spread.

CARDINALS +3 vs the Panthers. The news of Cam Newton being out this week has since made the Cardinals a 2.5 point favorite. His replacement, Kyle Allen, is no pushover but I’ll take advantage of the Cardinals getting points. The Panthers are just 2-8 against the spread in their last 10 home games.