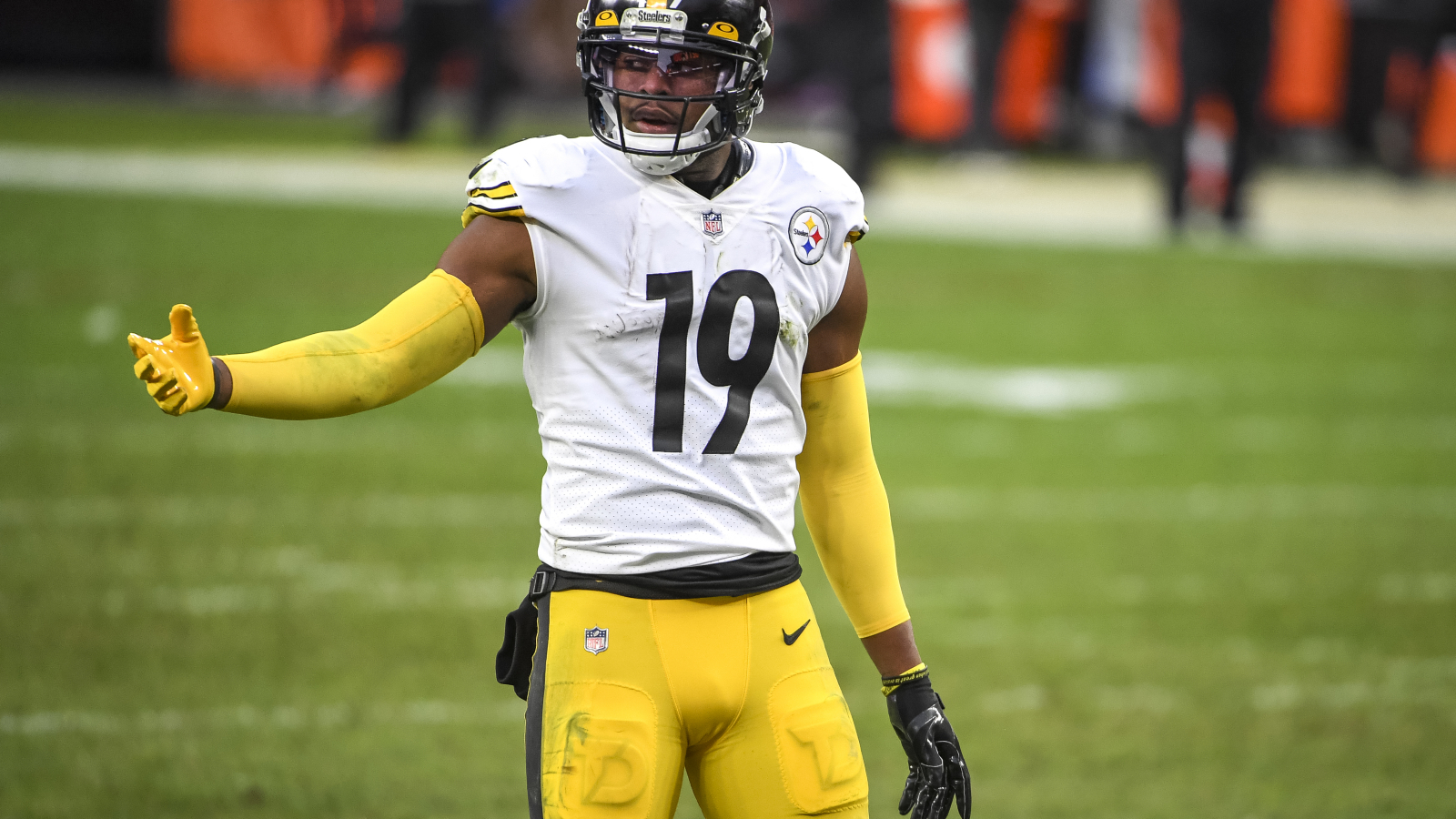 How Do JuJu Smith-Schuster And Robert Woods Fit On Their New Teams?

Over the past few weeks, the information has flooded our timelines with signings, cuts, trades, etc. Two headliner moves involved JuJu Smith-Schuster signing with the Kansas City Chiefs and the Rams trading Robert Woods to the Titans. Smith-Schuster and Woods are recovering from season-ending injuries heading into the 2022 season. We'll breakdown their past production, opportunity, and efficiency profiles, plus how they align with their new teams.

After an elite Year 2 season for JuJu Smith-Schuster, the production dipped in Year 3, possibly due to the concussion and knee injury. In 2020, the raw target total increased to 128 (No. 15), yet a measly 19.6% target share (No. 41). That aligned with Smith-Schuster's lowest aDOT of his career at 5.7 (No. 106). Unfortunately, Smith-Schuster suffered a shoulder injury that ended his 2021 season in October.

With Ben Roethlisberger retiring and the dip in production and target quality, Smith-Schuster signed a one-year deal with Kansas City. From a team context, it's an automatic upgrade with Patrick Mahomes and the Chiefs' offense. At 25 years of age, Smith-Schuster will turn 26 in the 2022 season, meaning there's a bounceback opportunity. Mecole Hardman stans might not like the signing, but let's touch on a few nuggets of optimism for Smith-Schuster moving forward. 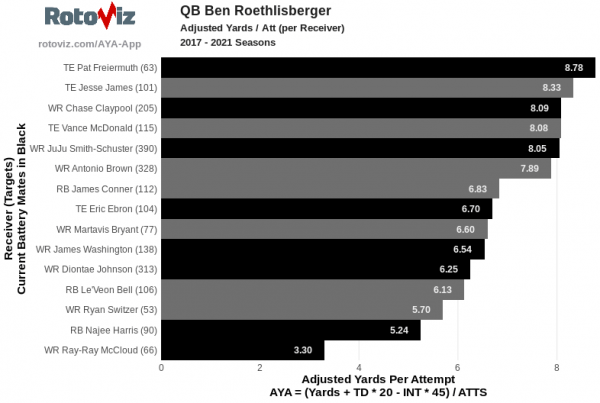 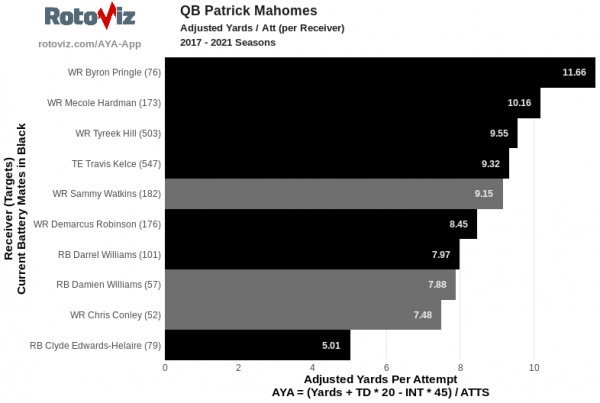 Stock up on several levels for Smith-Schuster in Kansas City. Overall target volume may drop, but the target share should remain serviceable since the Chiefs ranked 8th and 2nd in Team Pass Plays Per Game the past two seasons. Smith-Schuster is still young enough to have another half decade-plus of production as a WR2 or WR3 with upside. Early Underdog ADP had Smith-Schuster as WR46, but he'll creep closer to the WR3 range or higher.

With the Rams adding Allen Robinson, they traded Robert Woods to the Titans. That news came a few days after the Titans released Julio Jones, who battled injuries throughout 2021. Although A.J. Brown and the run game remain the focal point with the Titans, Woods should return in the 2022 season after a torn ACL in November 2021. 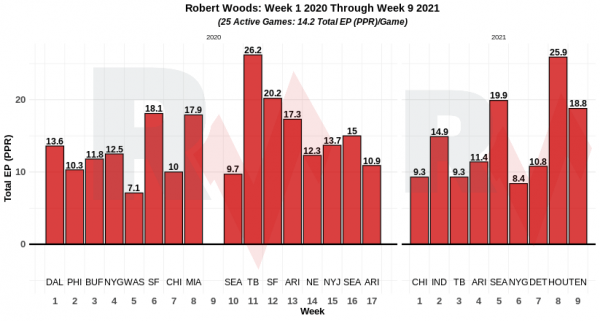 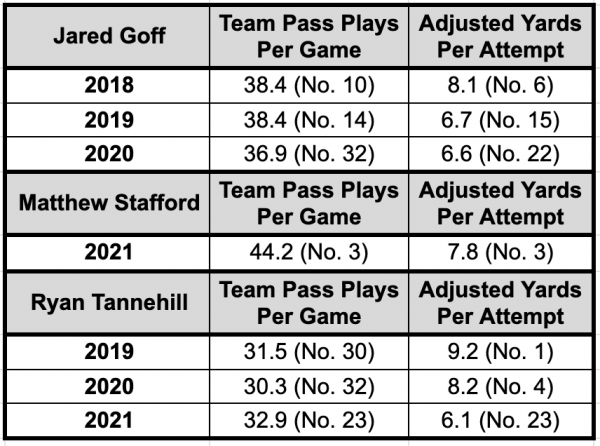 Before 2021, it seemed the Titans unlocked the efficiency with Ryan Tannehill, although they ranked near the bottom of the league in Team Pass Plays Per Game. However, they realized what Derrick Henry meant to their overall offense, plus other injuries and inefficiencies in 2021. 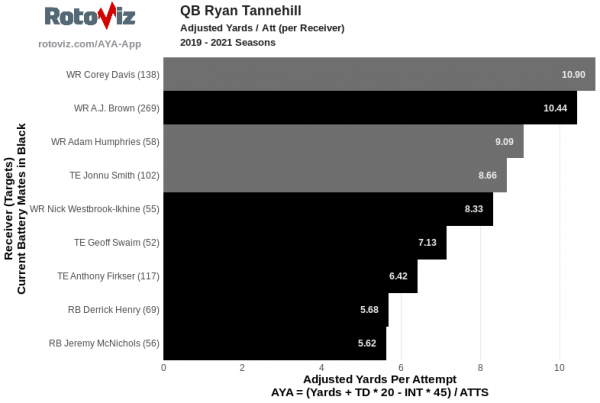 Assuming Henry remains healthy and Woods returns strong, the passing efficiency for Tannehill could regress to 2019 and 2020. Woods also added the rushing ability with 142.3 per season (2018-2020) and run-blocking skills with the Rams. Over the past three seasons, Tannehill proved he can be an efficient passer with Corey Davis and A.J. Brown over ten adjusted yards per attempt. Outside of 2018, Goff lacked efficiency, but Tannehill isn't on Stafford's level.

Assuming eight to nine months remains the typical timeline for recovery from an ACL tear, Robert Woods could be ready to return in September 2022. It's within the range of outcomes for Woods to return later, depending on how the recovery process goes. 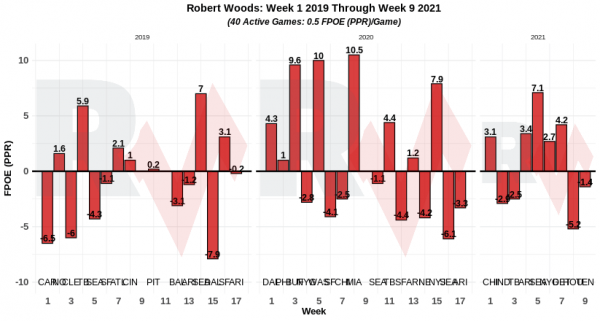 With the Titans likely emphasizing the run again with a healthy Derrick Henry, Ryan Tannehill, A.J. Brown, and Woods will need to rely on efficiency. Unfortunately, over the past three seasons (2019-2021), Woods ranked No. 99 with 0.5 FPOE/G. Brown and Woods present different profiles as a receiver, so it'll be interesting to see if Woods becomes more efficient. If not, hopefully, Woods garners the high-value touches to keep the EP/G up there.