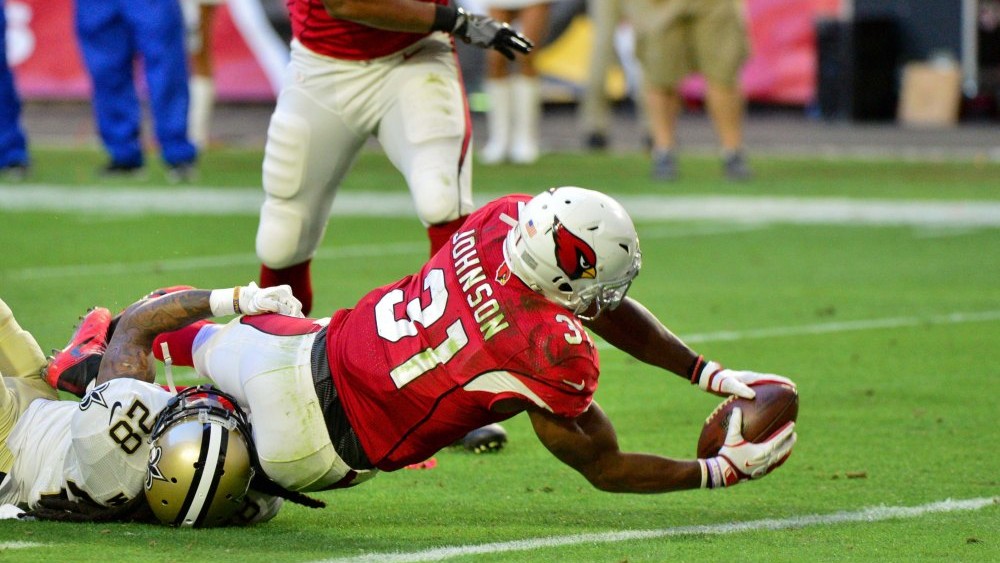 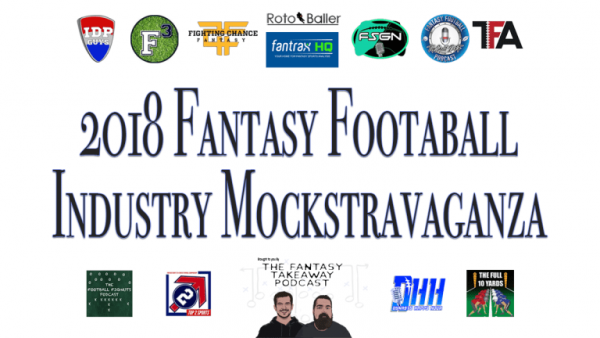 Everyone is gearing up for the best time of the year, fantasy football draft season.  Right now, I am participating with 11 other analysts in an Industry Mockstravaganza. I’ll be going into detail about my pick each round as well as sharing with you other tidbits from the draft.  You’ll be able to check out other picks made by other analysts and read why they selected whom they selected.

I will be updating this article as I make my draft picks.  This should be a fun experience that shows just how your draft can go, especially if you’re drafting with people who believe the motto that fantasy football is life. 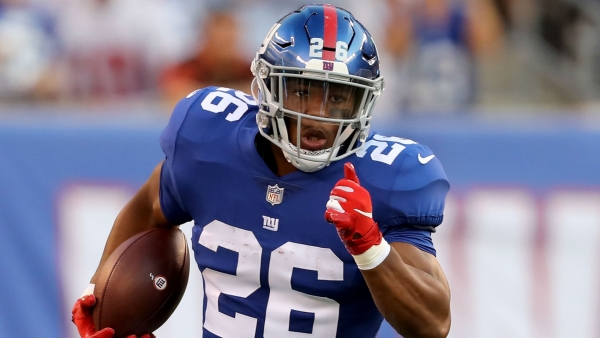 My Pick: 1.05 Saquon Barkley - RB - New York Giants
Why go Saquon here?  Well, for starters, I haven’t drafted him anywhere yet.  Never taken him in mocks and never taken him in real drafts.  Figured I’d give him a shot in here and see how my team would turn out.  I was debating between him and Alvin Kamara, who ended up going the pick after mine.

This guy should be a beast this season. The Giants wouldn’t have taken him so high if they didn’t believe in him.  Excited to see what he can do this season, even though he plays my Cowboys twice a season.

Up Next: 1.06 Alvin Kamara - RB - New Orleans Saints (@fignutsdfs)
Link to Next Pick 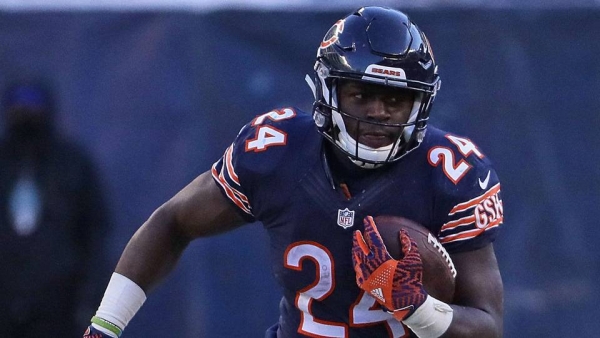 My Pick: 2.08 Jordan Howard - RB - Chicago Bears
Here I wanted to take a second running back since I like starting off RB - RB. Prior to my pick, Leonard Fournette, Devonta Freeman, and Christian McCaffrey were all guys taken off the board. I would have probably picked Christian McCaffrey if he fell to me, but I figured he wouldn’t. Howard is a guy I like, and having him as my number two running back is a good fit.

Howard should get plenty of goal-line touches. He is phenomenal in the ground game. People are concerned that Tarik Cohen could take away from his production, but I still have faith in Howard’s ability to be a big fantasy asset.

Joe Mixon went the pick after mine, followed by Rob Gronkowski. I was debating taking Gronkowski at 2.08 because I feel he is going to be the most utilized player in that New England offense but decided I could take a tight end later and still feel comfortable. 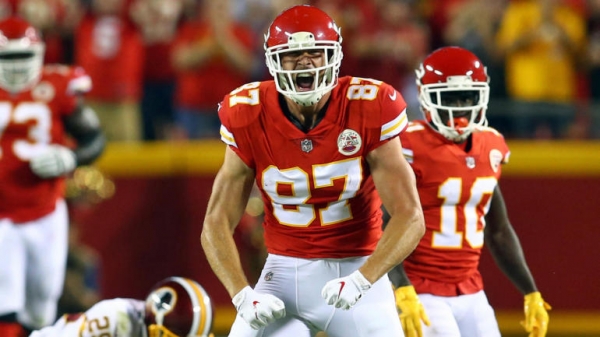 My Pick: 3.05 Travis Kelce - TE - Kansas City Chiefs
Travis Kelce is my favorite tight end to draft in fantasy. I feel like his third round value is just right for him. Kelce had 38 receptions on 123 targets in 2017. He also had 1,038 yards where he averaged 12.5 yards. Kelce also racked up eight touchdowns and was a beast working with quarterback Alex Smith. I look for this to continue with his new man under, Patrick Mahomes.

My top two tight ends are Kelce and Gronkowski, and if I don’t get to draft one of those guys, I’ll wait on a tight end. I feel like Kelce is a game changer and a huge target for Mahomes, so I look for him to have a great fantasy season.

Up Next: 3.06 Adam Thielen - WR - Minnesota Vikings (@fignutsdfs)
Link to Next Pick 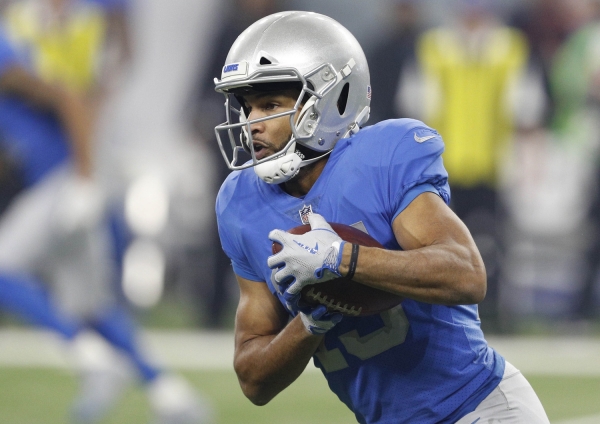 My Pick: 4.08 Golden Tate - WR - Detroit Lions
I decided to wait until the fourth round to get my first wide receiver. There are plenty of great wide receivers out there in mid rounds, so you don’t need to grab one in rounds one or two. I like Golden Tate here because he is very consistent. He has had three 1,000 plus yard seasons in his time in the league, and last season he tallied 1,003 yards with 92 receptions.

Consistency is a huge factor for Tate, as I have already stated. He has a consistent quarterback in Matthew Stafford who has a big connection with him. Marvin Jones is also there in Detroit, but the years have proved Stafford can support two top wide receivers. Jones ended up going the pick after Tate, and I have them close in my rankings as well. 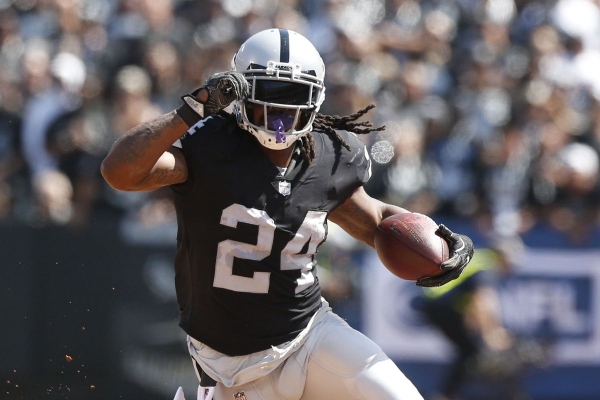 My Pick: 5.05 Marshawn Lynch - RB - Oakland Raiders
I am all about Beast Mode this year. He looked great in preseason, is the starting running back, and he’s got a chance at a 1,000 yard plus season. Last season, he had 891 yards and seven touchdowns. Having a new coach will be a positive for him. I believe Jon Gruden is going to use him effectively.

Doug Martin is not my favorite running back, and I’m not worried he is going to eat into Lynch’s productivity that much. If this is Lynch’s last season, I feel like he will try his hardest to put up big numbers. I think Lynch is worth taking a flyer on, especially considering I already drafted two running backs. He could prove himself worthy of starting running back status on my team here, or he may make for a good flex play. If all else fails, he could be a favorable bye week fill in.

Up Next: 5.06 Chris Hogan - WR - New England Patriots (@fignutsdfs)
Link to Next Pick