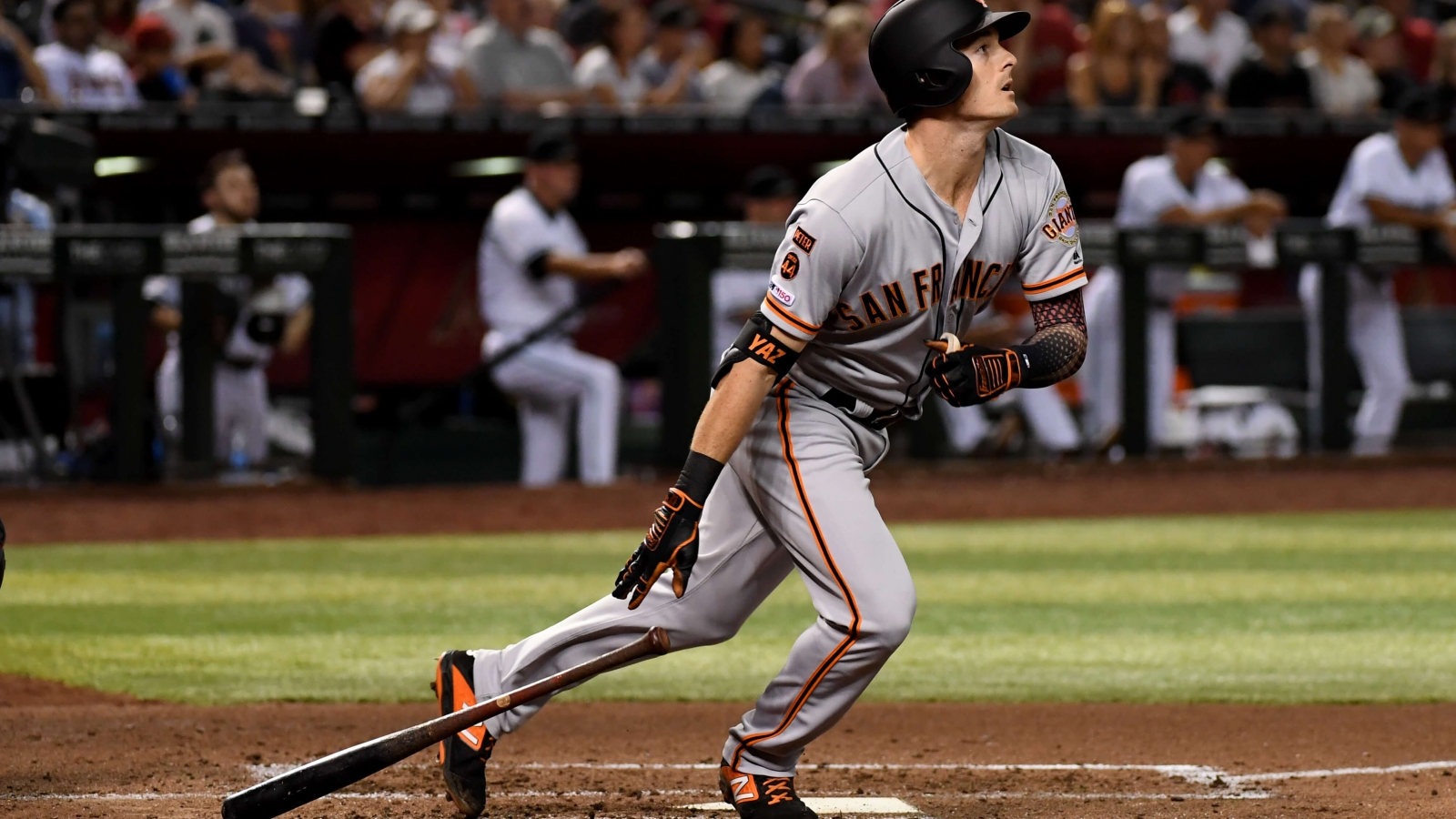 With the fantasy baseball season coming to a close, it’s time to look at two intriguing yet underrated players in Mike Yastrzemski and Donovan Solano. Mike Yastrzemski is a notable name due to the family ties and his 2019 and 2020 performance. However, Donovan Solano is an underrated veteran with a high BABIP and batting average. Both players provided fantasy production in 2020, and let’s break down these two intriguing yet underrated hitters.

When looking at Yastrzemski’s batted ball profile, the 16.4% line drive rate dropped from 22.8% in 2019. Meanwhile, the 40.6% ground ball rate jumped up from 33.8% last year. Overall, the drop in line drive rate raises concerns since he displayed a healthy line drive rate last year and throughout the minors. However, in a full season, it could have evened out over time. He typically pulls the ball over 40% of the time, and he currently rocks a 40.6% pull rate.

In terms of plate discipline, it’s relatively similar to 2019 outside of his swing percentages.

Overall, Yastrzemski reduced his swing percentage, and in turn, the swing percentage inside and outside of the zone dropped. The drop in O-Swing% and overall makes sense when we consider Yastrzemski increased his walk rate in 2020. It appears that he’s using a more patient approach. Also, his 9.3% swinging-strike rate dropped from 11.5% in 2019, which further backs up the plate discipline improvement.

Although it’s a small sample, Yastrzemski has shown improvements against offspeed pitches.

Similar to his other metrics, I expect it to even out over a full season. However, it appears the power numbers and quality of contact are legitimate.

Yastrzemski proved that 2019 wasn’t a fluke, even in a smaller sample. The main improvements include the increased walk rate, lowered strikeout rate, and increased batting average. His Statcast data was slightly down from his 2019 numbers, but expect it to even out over a full season. With a deep outfield position, Yastrzemski should be a value in 2021 redraft leagues. In dynasty leagues, Yastrzemski is a sneaky player to acquire as a fifth outfielder for a team ready to compete in 2021.

Unsurprisingly, the high batting average pairs with a healthy 27.4% line drive rate down that is slightly down from 33.9% last year. However, Solano’s 36.3% fly-ball rate increased from 29.2% in 2019 in exchange for the lowered line drive rate. Solano pulled the ball more with a 37.7% pull rate in comparison to a 28% pull rate last year. He often makes contact across the board and much higher than the league average.

Below will show the most notable changes in his plate discipline, particularly with the zone swing percentage and O-Contact rate.

Solano lowered his strikeout rate and slightly increased his walk rate, and that’s reflected in his zone swing rate and contact rate outside of the zone.

When looking at Solano’s Statcast data, it’s not surprising to see the power and quality of contact numbers rank as average or below average. In 2019, he reached a career-high with four home runs and a 43.1% hard-hit rate in about 20-30 fewer plate appearances. Solano’s 88.7 mph average exit velocity ranks in the 48th percentile, and his 4.8% barrel rate ranks in the 25th percentile. With his high line drive rate, I expected his 91.4 mph average exit velocity on FB/LD (No. 186) to rank a little higher. However, Solano evenly distributes fly balls and ground balls at 36.3% and doesn’t hit the ball very hard overall.

In terms of sweet spot percentage, Solano rocked a 46.4% sweet spot percentage in 2019 and 44.5% in 2020. Solano ranks 4th in 2020 and 1st in 2019 when adjusting to 150 batted ball events. When looking at the leaderboard for sweet spot percentage, some hitters provide more power, such as Freddie Freeman and Matt Carpenter. We’re not expecting his home runs to tick up, and Solano helps more in the batting average and on-base department.

In most redraft leagues, Donovan Solano was likely a waiver wire pickup, and fantasy teams reaped the underrated benefits of batting average, runs, and RBI. Solano's counting stats won't win leagues by any means, but his 29 RBI ranks 63rd tied with Cody Bellinger. Surprisingly the Giants hitters have a 115 wRC+ (No. 6) ranking right behind the Padres. At 32 years old and mostly providing a high batting average with minimal power, Solano is a name to keep in mind towards the end of 2021 drafts, particularly in deeper leagues.

Feel free to hit me up on Twitter @corbin_young21

Data courtesy of Fangraphs and Statcast