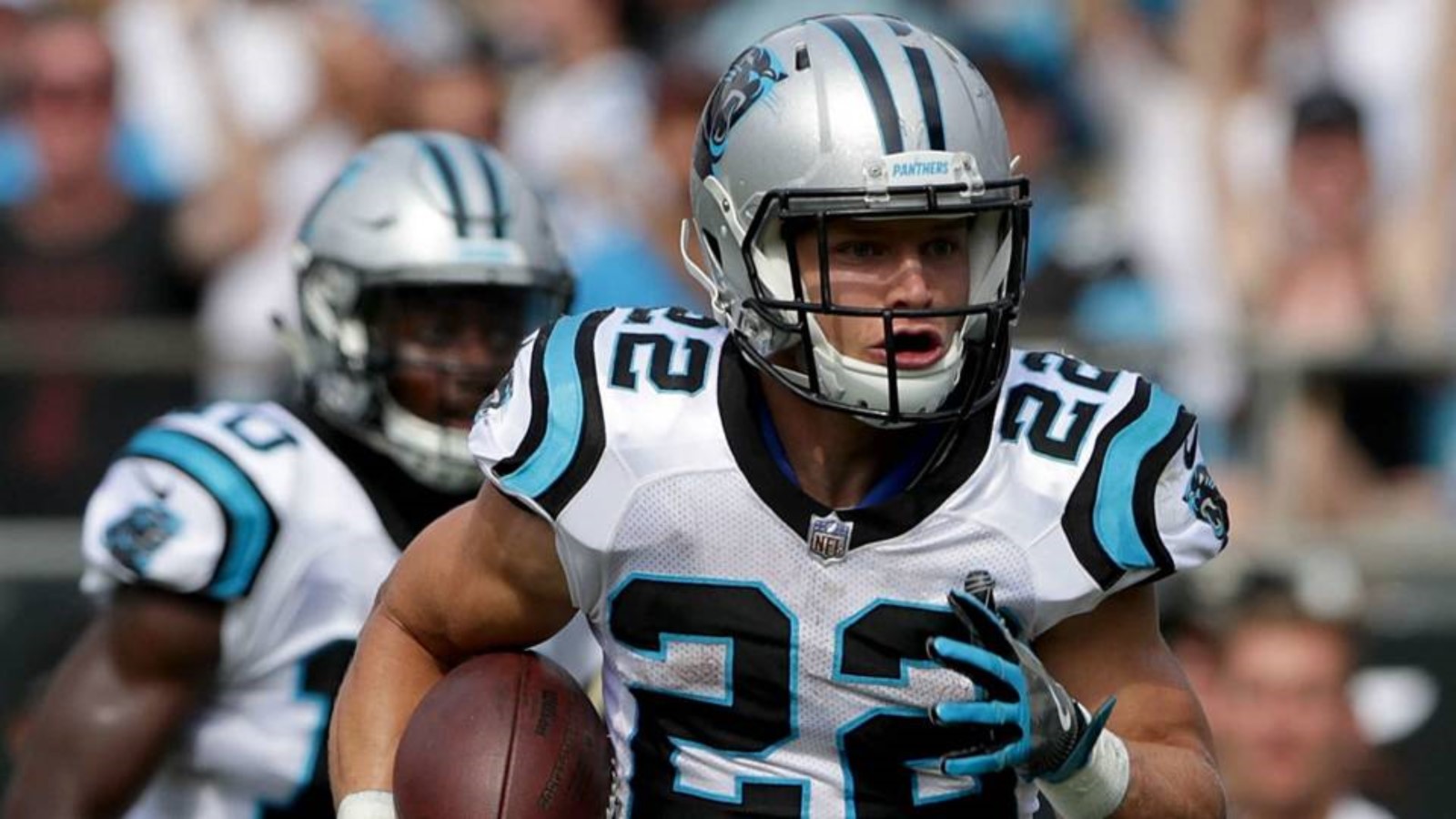 Is Christian McCaffrey Overrated in 2018

As I do more drafts one thing has become clear, America has abandoned the 0WR strategy when drafting. Running backs are coming off the board very hot and very early and it’s not because the running backs are that great, but more because wide receivers are very deep this year.

In current ADP nine of the first 12 picks are running backs and you have to go back to 2013 for the last time that’s happened. Once again there seem to be fewer bellcow backs and more committees so drafters want to make sure they get a solid foundation at RB before moving onto other positions.

But this brings us to Today's Twitter Question of the Day: Which Running Back is overrated and why?

@GeoffTheScout - Jerick McKinnon. He is a gadget back. He can’t be a #1 back and do what he needs to. Let’s not forget he was a QB untill he was drafted. He can’t ever be a 300 carry a year back like people talk about him being.

@mrmeseeksff - Kenyan Drake. His team is gonna suck and I don’t think he’s good enough to make up for it.

@LiddleSports45 - Jerick McKinnon Ranked as a top 15 RB. He is to small to run between the tackles. Has never ran for over 600yds in a season. Only has seven career TDS...He can catch the ball but only had 421 Rec yds last year which was 12th among Running backs.. #Overrated

@jtaysmith16 - I can't see Kenyan Drake performing as a top 20 back consistently. He’s on a bad team with a sub-par line and competition in the backfield.

Mark Woronchuk – Leonard Fournette JAC RB I think he is overrated. He is too touchdown dependent and doesn't catch the ball enough. I compare him to L. Blount big body and workhorse skills just not a ppr RB. Another overrated RB is Guice, Derrius WAS (R). He is a rookie he will have growing pains plus Washington's line is not that great and they have a ppr RB in C.Thompson. So Guice will have to score lots of TD's and gain lots of yards to warrant his ADP of 33rd player overall in redrafts to me.

Brad Ellsworth - Several to chose from... for overrated, you have to look at a RB drafted fairly high. Melvin Gordon jumps out to me - last year, he only had 2 games over 100 yards rushing. Only six with more than 80 yards and no multiple TD rushing games. McKinnon is highly regarded this year, he would be a close 2nd for me.

Michael Nissen - Jerick McKinnon. He's a 3rd down back that's getting drafted like a starter. The hype train is filling up fast.

Before I get into the pick I like for this question I am happy to announce that Matt Delima (@mattkdelima) received 12 votes for best answer and I will be donating $25 in his name to FantasyCares.net. Thanks again to all participated on Monday with this great charity to help the kids.

Now on to todays answer: Christian McCaffrey is my choice. @CaptainKohana’s post above lays all of my concerns out there. But let’s dig a little deeper.

First off he lost a major part of his offensive line when left guard Andrew Norwell left for Jacksonville in the offseason and it’s hard to know if they can make up the loss. Next with Greg Olsen healthy and 1st-round pick DJ Moore now in the passing game he may see a downtick in targets.

Then you need to factor in the addition of CJ Anderson to take over the Jonathan Stewart early down and goaline back role. Anderson is not only younger than Stewart and more flexible in what he can do, he is coming off a 1,000 yard season in Denver.

Let’s face it, with a better in between the tackles runner on the team and two more mouths in the passing game to feed, it may be hard for McCaffrey to repeat his 2017 performance, yet you still have to pay for him as a RB1.

As CaptainKohana said there is no value here, just peril.