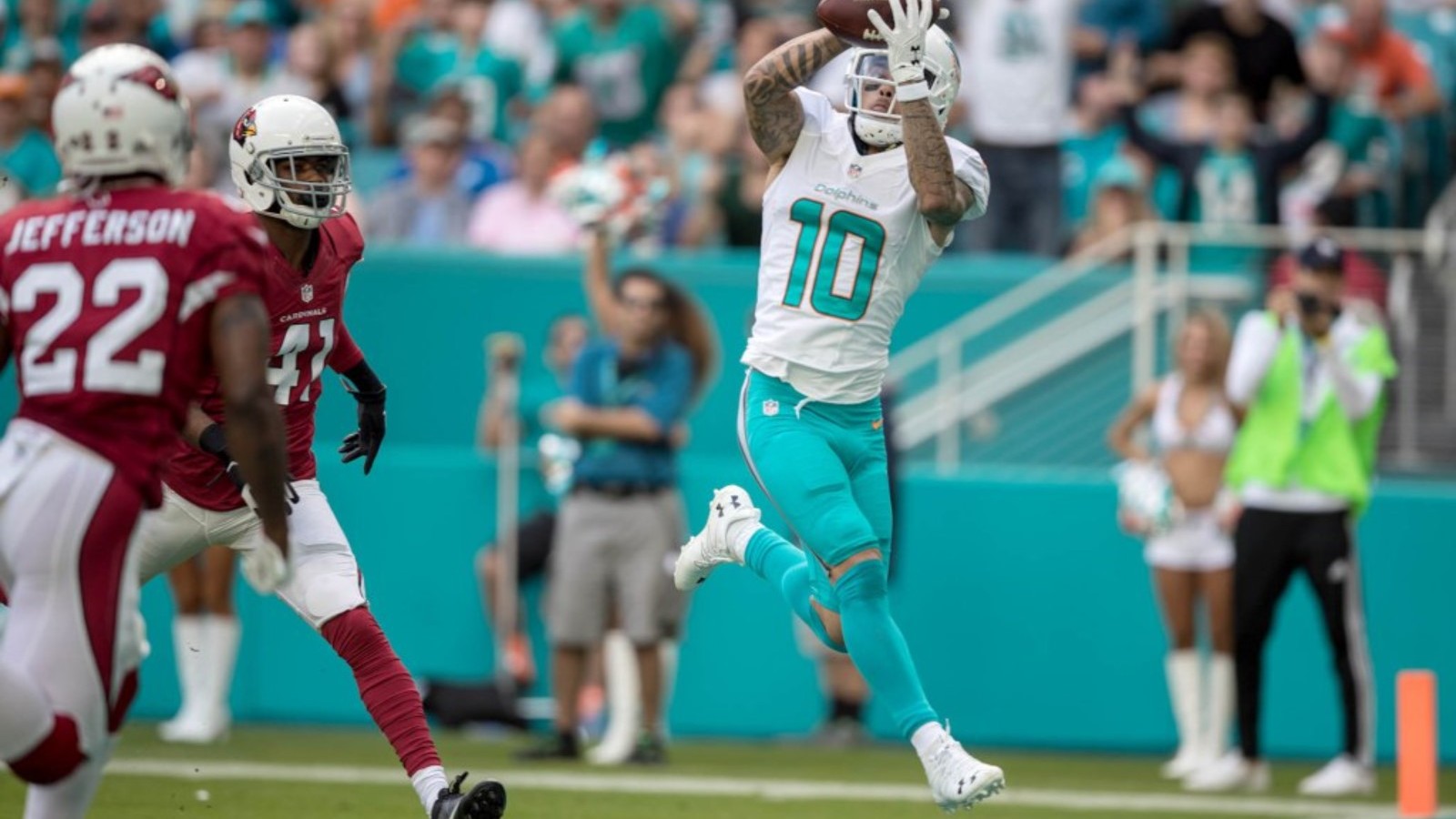 As we get into training camps and start to see players in pads ADP values will change dramatically over the next five weeks. Trying to stay in front of the changes can help you dramatically improve your drafts. This is especially true when it comes to wide receivers because the position is so deep and there will be multiple changes to those depth charts as we get closer to the season.

Listening to coachspeak after OTAs and in the beginning of training camp can really send a player’s value up or down in dramatic fashion, but trying to determine which of it is real is always key. Some players being drafted in early drafts may not even be on the same team come Week 1, while of course on the other hand, some not being drafted will suddenly become hot commodities by the end of August.

If you can get past all of the noise and determine which players are values now because others are not buying in can be key to an early draft’s success. And of course being careful not to fall for every hype train going is another.

Unfortunately there is no clear cut for me to tell you which is which, as every situation is truly unique and can have huge ramifications for your fantasy team.

The key to most of my Twitter Questions of the Day is to get conversations going and give others a chance to voice their opinions. But it is also to show that others may have some of the same thoughts that you do and you may not be on the island you thought you were when it comes to a certain player.

With all that being said here are the responses to yesterday's Twitter Question of the Day: Which WR do you MOST want after round 10 and WHY? (Current ADP listed after each player named)

@Dismattle - Sterling Shepard (9.05). Good complimentary receivers who have found success without the run combined with a sweet SOS Round or two early too so nobody gonna care!

Editor’s Note: Unfortunately Shepard is going as early as the mid-8th in some ADP.

@gmanfridge - Quincy Enunwa (18.02) ADP of 200+ and with the Anderson suspension could be a 1. Not super sexy, but free potential.

Perry Van Hook - Rishard Matthews (12.02) in TEN looks like he has more targets coming this year; and Kenny Golladay in DET has a lot of upside.

@FantasyBuddha - DJ Moore (9.10). Especially in PPR. I don't typically buy in on rookie wideouts, but Olsen is fading and Funchess still hasn't fully emerged. Moore is Cam's WR1 by midseason.

Editor’s Note: As noted above Moore is also going in the mid-9th round.

@Bennett09Matt - I'll go with Terrelle Pryor (19.07) - Banking on last year's bust being 100% injury related. At his current price, he either becomes a reliable WR3+ or he's easy to cut once waivers start to run...

@KennyGSZN - Paul Richardson (13.02). Somebody is gonna catch balls there & he could be Alex Smith's Tyreek of sorts.

Steven Gaffney - James Washington (17.07) He may not be able to body up and push around defensive backs like he did in college, but with that frame and his soft hands, in the Steeler system with a QB that can turn #5 receivers into superstars at a moment’s notice, I believe this rookie is going to be a bargain at 14.06

@JohnMillerNFL - Tyler Lockett (14.04) is the #2 WR in a Russell Wilson offense and for whatever reason can be had in rounds 12+. Rishard Matthews has three consecutive top 40 seasons (including WR21 in 2016) and is starting on what should be an improved Tennessee passing offense.

@Avillatoro56 - Laquon Treadwell (21.12). Super talented and if healthy I think Kirk Cousins will get him the ball.

@DynastyDog01 - Allen Hurns (10.11). I think Hurns is going to be great. He's going to fit in very well & put up nice stats, unfortunately I got sniped & couldn't get him in my #SFB8 draft. Will be going for him once I find a dynasty league.

@holla2mlo - Cam Meredith (10.07). Part of a good offense, Saints due for positive passing regression, showed he was relevant before...due for a breakout at his ADP.

There are a lot of solid names on this list and many I have in multiple leagues but there are a couple that I want to discuss in more detail.

Let’s talk about the Jet’s receivers and the fact that two are listed here, Quincy Enunwa and Terrelle Pryor.

There is some talk that top receiver Robby Anderson may get some punishment from the league for an off field incident last January and some think a possible suspension is looming.

Pryor missed seven games in 2017 while with Washington, and Enunwa lost the entire season with a neck injury.

But that is not what is surprising to me. What is, is that no one is talking about Jermaine Kearse. Kearse was the team’s second best receiver behind Anderson last year and one of only 27 WRs with 100+ targets. He finished 2017 with 65 receptions, 810 yards and five touchdowns and ended the season as the 28th ranked receiver in PPR leagues.

While there is a chance that Pryor can get back to a 1,000 yard season like he had with Cleveland in 2016, this will be his third team in three years and might not be as easy as people seem to think.

There is also a chance that Enunwa comes back fully healthy and steals some targets from Kearse, but I know I will really need to see him in action before assuming it’s so. Coming back from neck surgery has to be a little daunting and it may take Enunwa a little time to get back into game shape.

Right now Kearse is going undrafted in most drafts and that is ridiculous. He may not be a top 30 receiver this year, but he will still be a viable flex with upside option most weeks and could easily lead this team in receptions if Anderson is suspended for multiple games.

Grab him in the last round of your draft now because as training camp gets underway there is a very good chance his ADP will slowly start to rise and grabbing him now could be one of the things that propels your team to a playoff run and possible Championship.