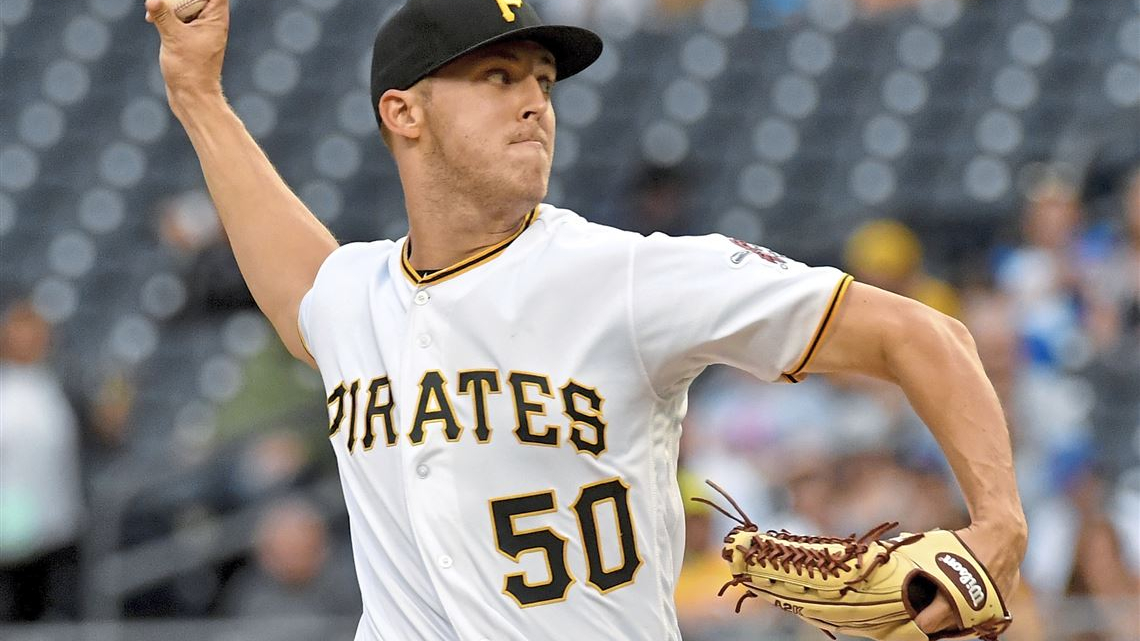 The Pittsburgh Pirates recently traded Jameson Taillon to the Yankees for a few prospects. We know the story of Taillon, who suffered injuries with two Tommy John surgeries and battled testicular cancer. It's hard not to love the grind and journey of Taillon, and even fellow Fighting Chance Fantasy analyst Kevin Tompkins speaks highly of him.

Before the injury-shortened 2019 season, Taillon dominated with a 3.20 ERA in 191 innings in 2018. As expected, Taillon's NFBC ADP jumped since the trade. He also made some adjustments to his delivery, and hopefully, that helps him thrive in 2021. We'll look at the surface stats and advanced metrics as an early 2021 outlook for Jameson Taillon.

In 2018, Jameson Taillon primarily used a four-pitch mix with his four-seamer, sinker, curveball, and slider that accounted for over 95% of his pitch mix. During the 2018 season, Taillon mostly used his four-seamer and sinker and sprinkled in the breaking balls around 18-19%. Here's the 2018 pitch mix breakdown.

Then in 2019, Taillon drastically increased his slider usage to 31.9% and lowered his fastball usage. Below shows us the 2019 pitch mix.

Taillon locates his sinker inside and low into right-handed hitters and his four-seamer up higher in the zone. He also pinpoints his slider down and away to righties and inside to lefties. We'll note that given the pitch mix usage changes, 2019 provided a small sample of 37.1 innings compared to 191 innings in 2018. Regardless, it's a positive note anytime a pitcher uses their best pitch more often. Next, let's analyze the pitch results with the pitch mix change in 2018 and 2019.

According to Lindsey Adler of The Athletic, she mentions that Jameson Taillon made changes to his mechanics and delivery. Taillon noted that it was time to analyze his mechanics since his elbow kept bothering him. The notable changes include incorporating his lower body more while using a short arm path similar to Lucas Giolito. In theory, the goal is to help take the pressure off his elbow with these adjustments.

In a Pitching Ninja video, Giolito notes an interesting comment on how he used a weighted ball with his long arm action, and it hurt. Then he tried it with shorter arm action, and it felt good. I wonder if we see similar processes and results with Taillon.

It intrigues me anytime an athlete shows resiliency after multiple injuries on top of testicular cancer. Add in a player who adjusts their mechanics with an improved team context, and I'm buying back into Jameson Taillon. Sure, this adjustment doesn't mean automatic success, but it's a positive note that he's improving and adjusting.

The Yankees are acquiring Jameson Taillon. Yankee fans should be stoked, even with the injury concerns.

And he also has this ridiculous curveball. pic.twitter.com/usD56syijp

The BAT projects Jameson Taillon for a 4.33 ERA, 1.26 WHIP, a 7.95 K/9, and 2.36 K/9 in 134 innings pitched. His ATC projections look similar outside of a slight bump with 150 innings pitched. A couple of reasons for concern include the potential for throwing fewer innings than other starters given the injury history and a hitter-friendly home ballpark. On the flip side, reasons for optimism include his reconstructed delivery, underrated arsenal, and the upside for decent ratios (around a 3.80 ERA and under a 1.20 WHIP).

I expect him to outperform his projections in 2021. Although the adjustment to his delivery doesn't immediately mean success, it should benefit him moving forward. I'm buying back in and considering Jameson Taillon around pick 200.