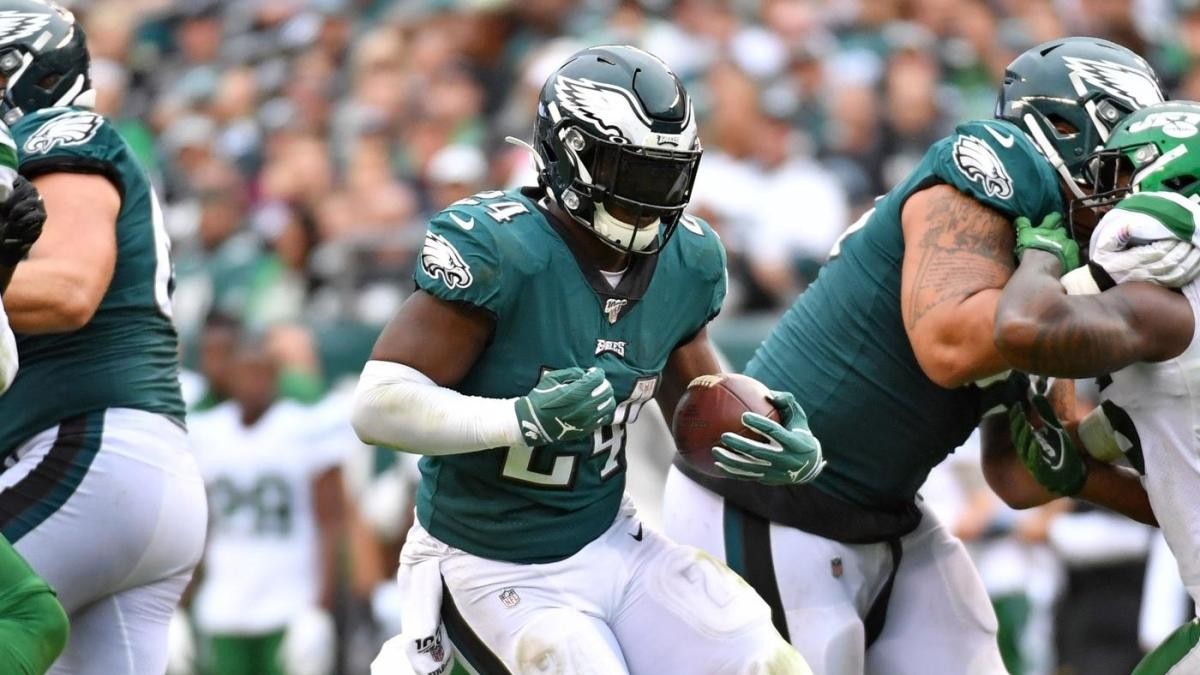 The Miami Dolphins have themselves a brand-new running back. Jordan Howard made his way to Florida and a two-year agreement worth $10 million. He journeys to Miami via the Philadelphia Eagles where he played in ten games throughout 2019.

Howard began his career in the NFL as a fifth-round pick taken by the Chicago Bears in the 2016 draft. He blew up on the scene in his rookie campaign, moving the ball for 1,313 yards while adding seven touchdowns. That season, Howard was chosen to be a part of the Pro Bowl.

The following season with the Bears, Howard scored nine touchdowns and totaled 1,122 rushing yards. The initial four years of Howard’s NFL career were productive, tallying 30 cumulative touchdowns. The 25-year-old rock runner has been used largely in the running game, just catching two touchdowns while in the NFL.

Chicago traded the talented back to the Eagles last season, and a shoulder injury kept him from playing to his full potential. Totaling 525 yards on 119 carries, the running back impressively put up a quiet six touchdowns. Howard obtained 28 first downs while playing in Philadelphia. Remember, he only played in ten games while in that offense. He additionally only found himself starting in four of those contests.

Howard was the first back on the Eagles roster to have 500+ yards and six or more touchdowns after a nine-game stretch since 2011 when LeSean McCoy accomplished the feat. Another astounding statistic is that Howard ranks third for most rushing yards in the NFL since being drafted to the league (with 3,895 total rushing yards). The only two backs to do it better are Ezekiel Elliott with 5,405 yards and Todd Gurley with 4,298.

The Indiana product now finds himself in a starring role with the Miami Dolphins. He will more than likely be placed in the starting running back role. The Dolphins are the third team for the seasoned runner, but he looks to return to Chicago form. Miami may eye a pass-catching back in the 2020 draft with their 26th overall pick, but Howard will be the guy to pound the ball. His fantasy value should see a strong increase with a team that desperately needs stability at the running back position. Kalen Ballage, Patrick Laird, and Myles Gaskin will all be vying for a spot in the rotation, but none of them can hold a candle to the talent possessed by Howard.

The former Bear and Eagle is a great acquisition as he was a cheap option that has the talent Miami is looking for in a lead back. He is also a sturdy running back, not being a player one would call injury prone. In his career in the NFL, he has not found himself ending up on the injury report like many lead backs have. The shoulder injury was a fluke last year, and he will be back to his healthy form for the 2020 season.

The Dolphins had a poor showing at running back last year. They sadly put up only 3.1 yards per carry which was last in the league (tied with the New York Jets). Last season, quarterback Ryan Fitzpatrick was their lead rusher. He accumulated 243 yards in 2019 if that says anything about the state of the run game.

The move to Miami not only benefits Howard’s value, but it pushes Miles Sanders of the Eagles’ value up the board. Now that Howard is out of the way, Sanders has his sights on being the lead back in the Philly system. If the Eagles do not draft a running back, the starting job should be his. Howard is no longer in the mix, meaning he will not steal those precious yards and touchdowns. Sanders’ fantasy stats should be appetizing this season.

Howard seems to be of great value in fantasy leagues. Sleeping on this running back is not a good plan, so do not undervalue what he can do in Miami. He is a dependable play, and he is unquestionably worth your attention.