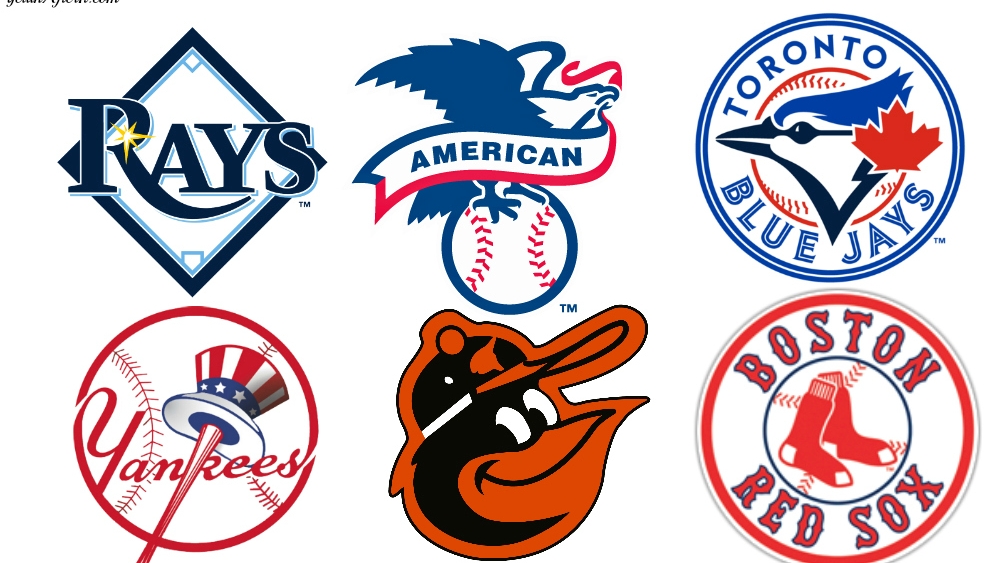 As recently as the start of last season, the AL east was considered the best division in baseball. However, with Mookie Betts on the dodgers, and Chris Sale out for the season with Tommy John surgery the Red Sox don’t look like nearly as much of a threat as they were when they won the world series two years ago. The Yankees look like they will be the best team in baseball, although with their starting pitchers seemingly dropping like flies, it could go south for them fast if the bullpen struggles out of the gate, that being said their bullpen is stacked and they are easy favorites as of today. The Rays are always going to be competitive, what Kevin Cash & Erik Neander have done with that team is amazing, they look like they may be able to keep up with the Yanks this year. The Blue Jays are interesting, but I don’t expect them to take the leap this year, but look out for 2021/2022, the kids are here to play and they’re here to stay. Then there’s the orioles, nothing much to write about there, hopefully they keep rebuilding the farm. Here is the final part 6 of 6 of my late round MLB targets. The only qualifier for this piece is the player must be going outside of the top 180 picks, or the first 15 rounds in a 12 team league, based on Fantasypros ADP. 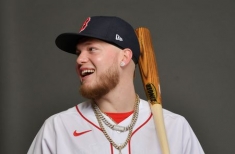 Alex Verdugo is a very interesting player; he probably should’ve gotten a shot even earlier than he is now but being on the dodgers wasn’t exactly the best-case scenario given how much depth that team has. However, Verdugo seems to have a pretty safe profile, a solid contact hitter, with not much swing and miss in his profile. Ideally Verdugo hits somewhere near the top of this lineup, and hitting in front of Bogaerts, Devers, & Martinez can only be a positive in terms of run production. He seems to have a lot of Andrew Benintendi in his profile, however you get to pick him in the 15th-16th round of your draft, he probably won’t give you the steals that Benintendi provides, but he can be an enormous value if his upside hits. 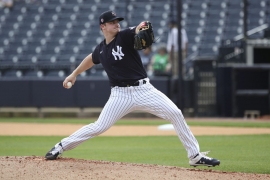 Schmidt is a very interesting prospect, now he’s no lock at a rotation spot, but given Severino’s tommy john surgery, Tanaka getting hit by a line drive this week,  J.A. Happ’s struggles last season, and Domingo German’s suspension, there may not be a better time to be a Yankees pitching prospect making your debut. He looked great in the spring, and most recently, he made Giancarlo Stanton look silly during an intrasquad game. His stats don’t provide the true story of Schmidt’s stuff, his fastball has a lot of movement, his slider is probably even better than his fastball, his curveball is a nice off-speed pitch vs his fastball, and his change up can prove effective vs. lefties. Look for Schmidt with one of your last picks, and if he ends up starting, he may be the best value of your draft. 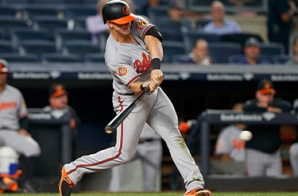 Austin Hays got his shot last season, and in 21 games, he did not disappoint. He hit .309/.373/.574 with 4 HR, 12 R, and 13 RBI. That’s solid, and even better than his minor league numbers for the last 2 seasons, so I don’t necessarily know if this is sustainable. Given the Orioles general lack of talent, Hays is going to hit lead off, and should see 4 plate appearances a game, hopefully he can repeat his production from last season, albeit in a small sample size. Now I’m not suggesting you reach for Hays, but in a deeper format, he’s a fine 5th OF, and could provide some nice depth in a points league as well. 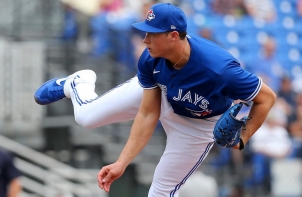 It seems fitting to end my 6-part series on who is by far my favorite pitching prospect. Pearson has elite stuff, an 80 grade fastball that can touch 100 MPH at times, a nasty wipe out slider that should get a ton of swings and miss from righties, a solid changeup to get the lefties out, and a decent show me curveball that can develop into a plus pitch. Pearson has done a nice job in the minors of getting a good amount of strike outs, as well as limiting walks, on top of that he has had a pretty solid ground ball rate too. If Pearson can put up anywhere near the numbers he put up in the minors, you’re talking about a yearly top 25 starting pitcher, even playing in arguably the hardest division in all of baseball. Now beware, his super 2 deadline has yet to pass, the Jays will get an extra year of control if they don’t bring Pearson up until after a week into the season, but the 7 days should be worth the wait. I’ll be drafting Pearson in any league I have with any keeper context.