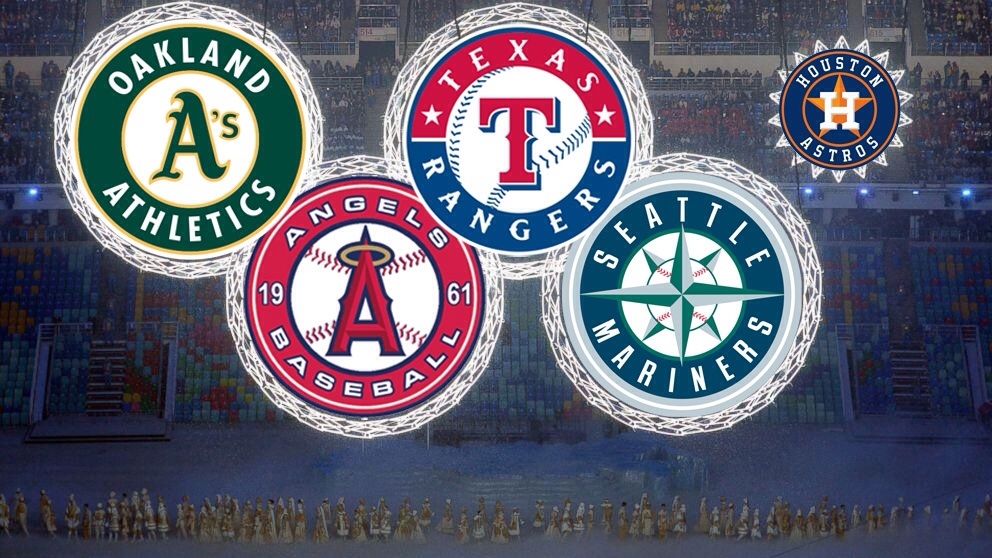 The AL West may be the most intriguing division in baseball this year, the Angels look like they may be able to compete, the Rangers pitching staff looks pretty good coming into the year after adding Kluber, Gibson, & Lyles. The Astros have arguably the best lineup in all of baseball, the Athletics are sneakily one of the best lineups in baseball, and it seems they’ll be using Jesus Luzardo & AJ Puk in the rotation this year, along with Montas and Manaea, they may have the best staff in the AL West, if those 2 prospects end up hitting. Here is part 5 of 6 of my late round MLB targets. The only qualifier for this piece is the player must be going outside of the top 180 picks, or the first 15 rounds in a 12 team league, based on Fantasypros ADP.

Canha was a platoon bat for most of his career up to this point, however projecting out the Athletics’ lineup, Canha will finally get his chance to be an everyday player this season. Now if you’re in a points league, Canha’s walks are going to play up, 13.5% walk rate which would’ve been good for 15th in all of baseball had he qualified since he did not have enough at bats. A 39.7% hard hit rate, coupled with a 40.7% fly ball rate, and 18.4%-line drive rate, Canha may finish as a top 36 OF that you can get after the 16th round of your draft. Draft Canha as your 4th outfielder and take your shots on guys such as Eloy Jimenez or Giancarlo Stanton. They have high ceilings, but low floors, and Canha’s high floor profile is perfect to pair with a Stanton or Eloy as if they end up flopping, you’re protected.

A very popular sleeper this year, James’ pure stuff is excellent, there is a lot to like about him. The fastball is great, the slider is solid, as is the change up. James’ stats last year were so-so. 4.70 ERA, 1.32 WHIP, 1.47 HR/9, and 5.14 BB/9. Those surface numbers look, well pretty terrible, but the strikeouts are Elite. 14.67 K/9 last year, and over the last 2 seasons, he’s hasn’t had a K/9 under 11.35 since 2017 at any professional level. He looks like he should be the 5th starter after Verlander, Greinke, McCullers, & Urquidy. With the success that the Astros have had with all their starting pitchers over the last few years, it’s very possible that James has the upside of a top 20 pitcher. Let’s not forget how underwhelming Gerrit Cole looked before coming to the Astros. I expect James to be good if he secures that rotation spot. 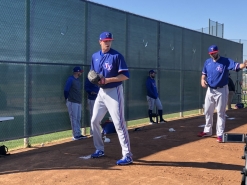 Kyle Gibson has been a player I can’t quit for years; his peripherals always suggest he’s better than he produces. Looking at him, he reminds me so much of Lance Lynn and Mike Minor, and the breakout could happen with a change of scenery. Joey Gallo was talking about his new ballpark and said it will likely be a pitcher’s park, which would be great news for Gibson, Lynn, Minor, Lyles, & Kluber. This is more of a leap of faith pick than anything, but with the last pick in your draft, you’re not losing much if he ends up performing poorly, although with the way the rangers have handled their older pitchers and the fact that they gave him a 3 year contract ultimately helps me believe that this statcast darling is finally going to show us his ceiling. 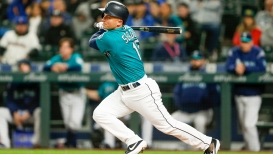 Kyle Seager is the definition of unsexy, but consistent. He is 17th in terms of most points on average per season over the last 3 seasons, those have been the worst seasons of his career from a production standpoint. Since his debut in 2011, here are his 3B ranks per season in order, 12th, 3rd, 4th, 4th, 7th, 5th, 14th, 19th, & 33rd. Now the last 3 seasons may seem a bit concerning, but he finished 33rd in 106 games played, he had the highest ISO of his career, 2nd highest walk rate of his career, and a .248 BABIP, which was 30 point under his career average. He also has at least 20 home runs in every season since 2012, Seager is an incredibly consistent player, there isn’t much upside there, but he’s fine as a CIF starter in a 15 team roto league, or a back up 3B in a points league that won’t cost you much if you take a shot on a player with a lot of volatility, like Vladdy or Yoan Moncada. 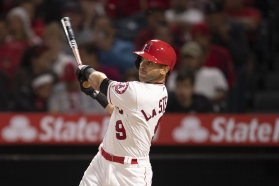 La Stella never really got enough of a chance at playing time to really make an impact, and to be honest I’m not sure why nobody gave him a chance. His profile never really suggested he’d gain much in the power department, but he showed last year that there in fact is some power in his bat. As of right now, it looks like he may end up being in a platoon with David Fletcher at 2B, but he’d be on the strong side of said platoon, and the guy never strikes out. Literally an 8.7% strikeout rate, while the league average is roughly 22%. A good contact hitter, with solid discipline, La Stella can provide phenomenal value, especially in the runs department where he projects to hit leadoff in front of Mike Trout, Anthony Rendon, & Shohei Ohtani.