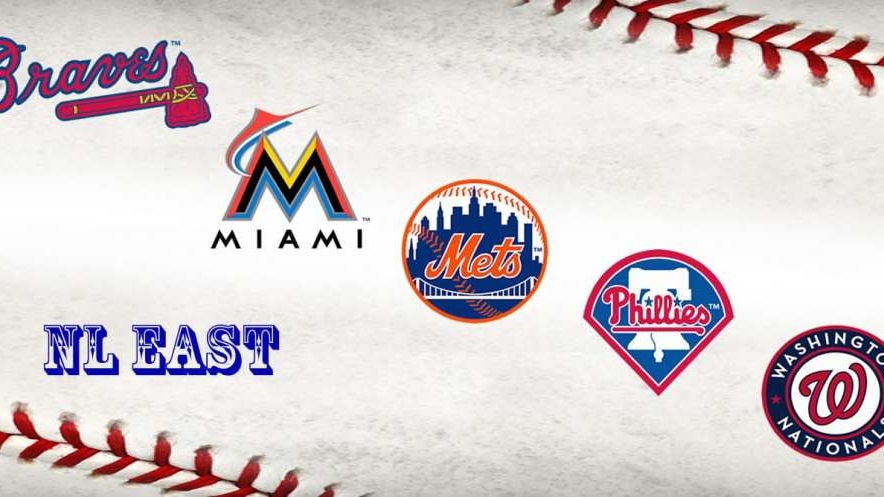 The NL east may be the best division in baseball. Last seasons world series champion came out of this division, the Phillies continued to make waves this offseason ponying up $118 million for Zach Wheeler, the Mets had 2 superstars emerge in Jeff McNeil & Pete Alonso, the Braves may be the most exciting team between young superstars Acuna & Albies, and then there’s the Marlins, who in my opinion are actually heading in a positive direction with the farm system they have accrued there even though they may be a team that can ultimately win 30 games this season. This is part 2 of my 6 piece series breaking down 1 player I love from all 5 teams in all 6 divisions, the only rule is the player must be going outside of the top 180 picks, or the top 15 rounds in a 12 team league according to fantasypros ADP. 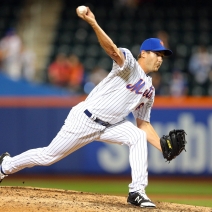 Oh man did I want to pick JD Davis so badly for the Mets, but he’s shot up the draft boards so much that he no longer qualified for this piece (ADP 170). Seth Lugo was amazing last year, over 80 IP he had a 2.70 ERA, 11.7 K/9, & only 1.80 BB/9. Now he may have outperformed his xFIP, but every other peripheral suggests what he did last year was legit. Now being that we’re in a very weird spot fantasy wise and we aren’t sure how pitchers are going to be used, Lugo may log as many innings as certain starting pitchers this year, and given how good he’s been for the last 2 seasons, it’d be hard to pass him up when he’s close to free on draft day, and given Edwin Diaz’s struggles last season, he could be an elite saves option if Diaz struggles again. 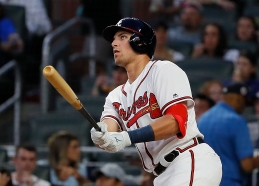 The Braves are so loaded at the top of their roster, it was difficult to pick a player for this team, but I chose the guy who can lead their team in home runs (yes, I know what I said). Austin Riley made his debut last year, and produced at an incredible rate immediately, it reminded me so much of what Trevor Story did when making his debut in 2016. Come out on an absolute tear, and then the bottom falls out, but look at Story now, he’s going in the first 2 rounds of most drafts. Riley is going to strike out a ton, but the power is extremely legitimate and he’s going outside of the top 300 in ADP. Look for him late in drafts and if the upside hits, you’re talking about a 40-home run guy (well pace for 40 home runs over 60 games) 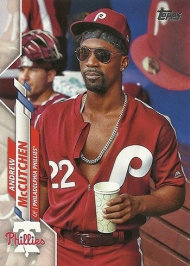 I’m not sure if there is a more likeable player in the MLB than Andrew McCutchen, that being said I don’t care how good of a guy you are if I’m drafting my fantasy team, but he’s very easily a starting 3rd OF regardless of format, and he’s going as the 68th outfielder! Last season McCutchen played only 59 games, he hit lead off in a good lineup, had a .378 OBP, and scored 45 runs. He’s not going to steal you many bases anymore, but he should be a nice 4 category contributor, and his plate discipline will always play in pts leagues (16.4% BB rate). The phillies got a hell of a lot better after adding Didi Gregorius, and the universal DH will help every lead off hitter in the NL in the RBI category, look for a huge bounce back from Cutch this season. 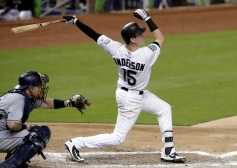 There may not be a player in the MLB who flies under the radar more than Brian Anderson, he has been a very solid contributor to a terrible team for the last 2 seasons, but his upside is immense. In 126 games last year, his stats were, .261/.342/.468 20 HR, 123 R+RBI, & 5 SB. Those stats look, well pretty middling, but if you couple that, with his nice plate discipline (9% BB rate for his career) and a plus hard hit rate (44.3% hard hit rate) he looks a lot better than his surface stats suggest. Now he wasn’t really a power guy heading into last season, but some swing changes made his ISO almost double from the previous season. Anderson is cheap and should hit somewhere in the 2-5 range in a weak lineup, but it is improved from last season, and ideally that drives his RBI & R production up as he has better players around him now. 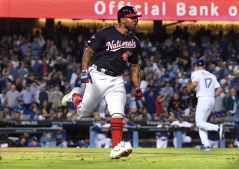 It is extremely uncommon for a player to have his best hitting season at the age of 35, but Howie Kendrick did just that last season. .344/.395/.572 with 17 HR, 123 R+RBI, & 2 SB. The steals mean little to nothing to me, but that bating line was legit. He had the highest hard hit % of his career, the lowest K% of his career, and the 2nd highest walk rate of his career. The universal DH will turn Kendrick into an everyday player, especially with Ryan Zimmerman choosing to sit out this season. Kendrick has already shown he can play up as a top 15 1B on a per game basis last season, but the deeper the league, the better for Kendrick. Being multi position eligible is very beneficial for a player like Kendrick, especially in a roto format. He'll boost your batting average, as well as he'll be eligible at 6 positions depending on what site you're playing on (1B, 2B, 3B, CIF, MIF, & UT). Kendrick may be my favorite value this season, as you can take him with one of your last picks, and reap the benefits of a guy who had the highest batting average in baseball last season, although he didn't qualify for the batting title due to playing time.