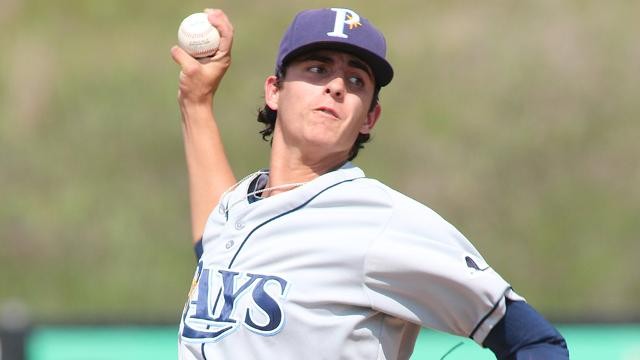 According to GM Rick Hahn, it looks like it may be another month or so before we see Yoan Moncada in Chicago.

Yoan Moncada, 2B Chicago White Sox. Yoan Moncada is making the case that he needs to be in Chicago right now, as he produced another stellar week. He wacked eleven hits in 22 at bats (.500), serving up two dingers, five RBIs, eight runs and a stolen base. However, White Sox General Manager, Rick Hahn stated yesterday that Moncada isn't currently close to getting called up. Sounds like he's going to keep him in the minors until June, so they can gain an extra year before he sees arbitration. I understand the business side of it, but as a fan of baseball, I want to see this kid up here now, so he can show us what he can do at the Major League level.

Ozzie Albies, 2B Atlanta Braves. The Braves may have a studly, middle infield in the future, but right now, Ozzie Albies at Triple-A and Dansby Swanson in Atlanta, aren't playing like studs. Albies this week went four for 21 (.190), with no homers, two RBIs, three runs and a stolen base. Not the worst week Albies has had, but still not where we need to see him. He's still a ways away from getting the call up to the Braves.

Austin Meadows, OF Pittsburgh Pirates. This past week, Austin Meadows only played four games and he was able to reach base four times (three hits and a walk). He did add four runs batted in and a steal, so compared to the garbage he's been producing, I guess we can chalk this as a slight win.

JP Crawford, SS Philadelphia Phillies. Once again, Week 5 was a week that JP Crawford would like to forget. He only landed three hits in 17 at bats (.176) while adding zero home runs and zero stolen bases. He did garner five walks, but he's just not getting it done so far this season.

Lewis Brinson, OF Milwaukee Brewers. It wasn't a bad week for future Brewers' outfielder, Lewis Brinson as he had seven hits in six games (.259) while adding a home run and a stolen base. He only batted in two, but added seven runs for the Colorado Springs Sky Sox. He did strikeout eight times, which is a little concerning, but overall, it was a solid performance from Brinson.

Amed Rosario, SS NY Mets. Amed Rosario finally started slowing down a little bit, as he only accumulated seven hits in 25 at bats (.280) in Week 5. With only three runs and no stolen bases, we have to be a little disappointed, but I still wouldn't be surprised to see Rosario in the Bigs in the next month or so.

I'm starting to think that we won't see Lucas Giolito in Chicago this season.

Lucas Giolito, Chicago White Sox. There is no easy way to say this, but...Lucas Giolito sucks. He threw another stinker this week as he went a little over four innings, giving up five earned runs on seven hits and three walks. I'm tempted just to give him a running "F" until he starts showing me some signs of life. Maybe he needs to visit Michael Kopech down in Double-A.

Jose De Leon, Tampa Bay Rays. Still no action for De Leon due to his forearm issues. This is starting to worry me. Ugh...

Brent Honeywell, Tampa Bay Rays. Brent Honeywell got off the schneid this week as he arguably pitched his finest game of the season. He threw five and a third innings of shutout ball, while striking out eight. He now has 42 K's in 33.2 innings and is hopefully starting to find his groove.

Josh Hader, Milwaukee Brewers. If more players start making a name for themselves in the Minors, Josh Hader may be on my short list to get demoted off of my report. For the third straight game, Hader has given up at least three earned runs, as he coughed up three this week in six innings. With only four strikeouts compared to five hits and two walks, I am left wanting more. Just like in life...

Michael Kopech, Chicago White Sox. The strikeouts were still there for Michael Kopech this week as he fanned eight, but overall, it wasn't one of his better performances. In six innings, he gave up three earned runs on four hits and two walks, as he earned a big 'ol L for the Birmingham Barons last Thursday. Not a horrible outing, but I would like to see some dominance from him while he's at Double-A.