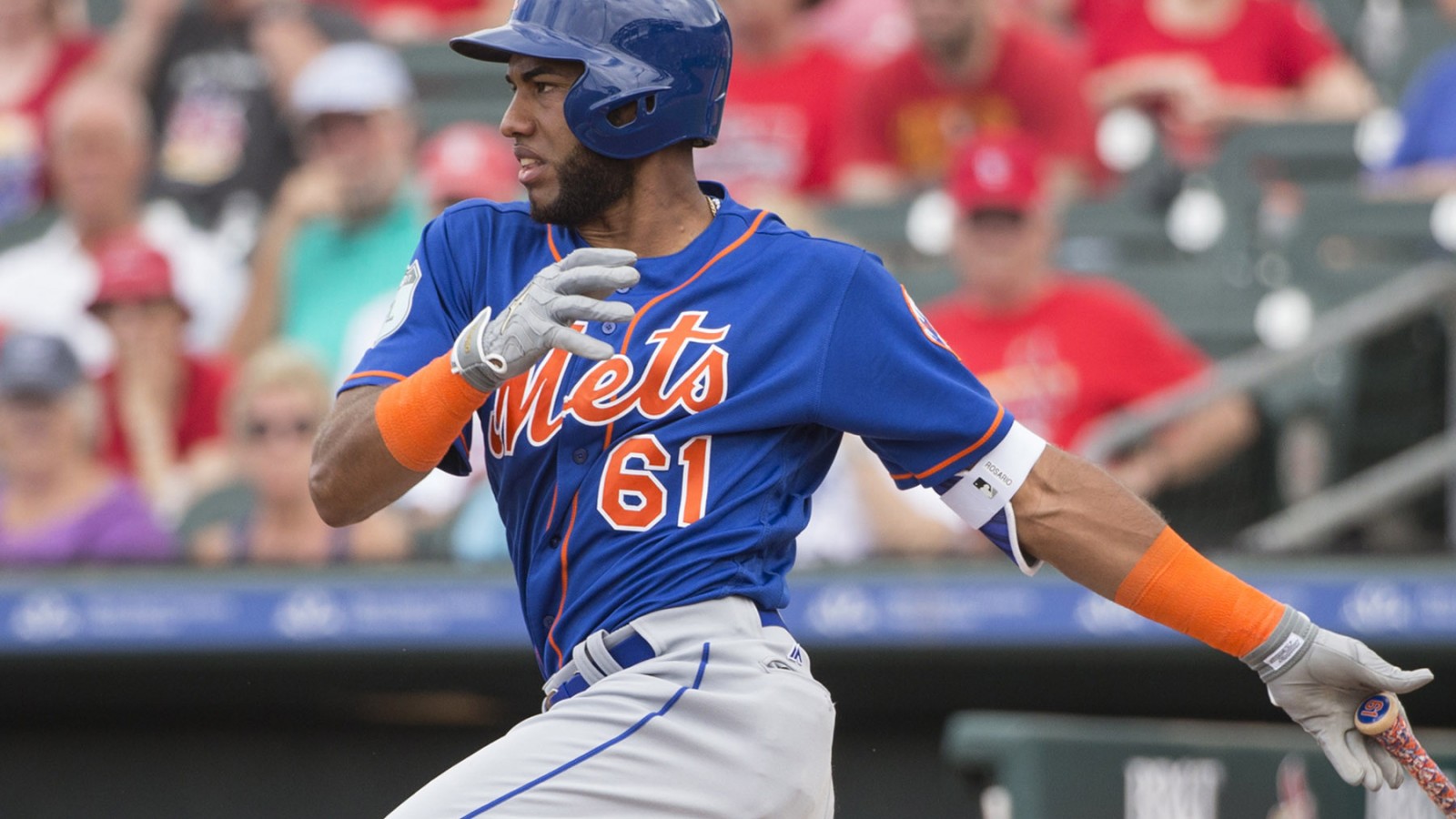 With the Super Two Deadline approaching, there is never a more important time to keep an eye on the Minor Leagues and see who may be in line to get promoted. There is plenty of talent waiting patiently for their opportunity, so let me sift through some of those players and update you on how they are doing.

Yoan Moncada, 2B Chicago White Sox. Dammit! I want to see Yoan Moncada in Chicago so I can see what he can do at the highest level, and he put up an ultimate stinker of a week in Week 9. He only mustered two hits in 26 at bats (.077) with no home runs and three RBIs. He did steal two bases which helped a bit, but I would love to see Moncada blow it out at Triple-A and force the White Sox to give him the call.

Austin Meadows, OF Pittsburgh Pirates. Austin Meadows has been on a tear the past few weeks, but he cooled off a bit in Week 9 as he only hit .240 with no home runs and two RBIs. With Pittsburgh's season going nowhere, I still think we see Meadows sometime around/after the All Star break, but it's no lock if he doesn't peform.

Lewis Brinson, OF Milwaukee Brewers. If not for one good game this week, Lewis Brinson likely would have gotten an F on the ol report card. However, last Thursday he went three for five and hit two dingers to save his week. He only hit .217, but the two homers helped take him from a failing grade, up to a C.

Amed Rosario, SS NY Mets. Another nice week for Amed Rosario. In Week 9, we saw him go eight for 26 (.308), score six runs and steal a base. He's getting biz-ness taken care of at Triple-A, and I wouldn't be surprised in the least if the Mets gave him the call up in the next few weeks.

I knew it! Here is Dwight, placing a curse on a Gleyber Torres voodoo doll.

Gleyber Torres, SS NY Yankees. Gleyber Torres plays for the Triple-A, Scranton/Wilkes Barre RailRiders, and for those of you that are fans of The Office, you know that show occurs in Scranton. Well, Dwight must have placed a curse on Torres, because it has not been a pleasant couple of weeks for him at the highest, Minor League level. This week, Torres only mustered two hits in 18 at bats (.111), with no RBIs and two runs. That's some real voodoo stuff going on there in Scranton.

Rhys Hoskins, 1B Philadelphia Phillies. Rhys Hoskins has some pop to his bat, but that power wasn't on display this week as he failed to go deep in Week 9. Hoskins only totaled five hits in 28 at bats (.178), but he did knock in five runs to bring a little bit of value this week. As hot as he's been, I think we see him bounce back soon.

Jose De Leon, Tampa Bay Rays. After getting a small taste of the Big Leagues, Jose De Leon was sent back down to the Durham Bulls to get a little more seasoning. They patted him down with a dry rub this week and sprinkled him with some salt and pepper, and it looks like it worked as De Leon pitched a nice game in Week 9. He gave up two runs in five innings, while striking out six batters and is looking like he's set to go on nice roll.

Brent Honeywell, Tampa Bay Rays. In Week 8, Brent Honeywell threw his worst performance of the year, as he gave up seven runs in three innings. He did a little better in Week 9, as he earned a win, but it still wasn't pretty. In 5.2 innings, he gave up four runs on six hits and thee walks, while striking out seven. It was good to see his strikeout ability on display again, but I would like to start seeing some consistency from Honeywell over his next few starts.

Reynaldo Lopez, Chicago White Sox. Week 8 was also an absolutely miserable week for Reynaldo Lopez, as he gave up eight earned runs in four innings, so it was important for him to get off the schneid and rebound in Week 9. He did just that, as he only gave up one run in six innings, while striking out six batters on Wednesday. Following this White Sox farm system is quite the roller coaster ride sometimes...

Lucas Giolito, Chicago White Sox. Coming off of his seven inning, no hitter in Week 8, many eyes were on Lucas Giolito to see if that was the turning point of his season and things were set to improve. This week he showed us a "meh" performance, so quite honestly, I still don't know what in the bloddy hell to expect from Giolito. He went four innings, giving up two earned runs on a season high eight hits, while striking out three batters. I guess it's good that he didn't implode, but I would have liked to seen more from the enigma, Lucas Giolito.

Michael Kopech, Chicago White Sox. The strikeout machine, that is Michael Kopech, kept things rolling this week as he fanned ten batters in only five and two thirds innings. He didn't give up a run, but he did walk four batters for the second straight game, and that is definitely something we need to keep an eye on.