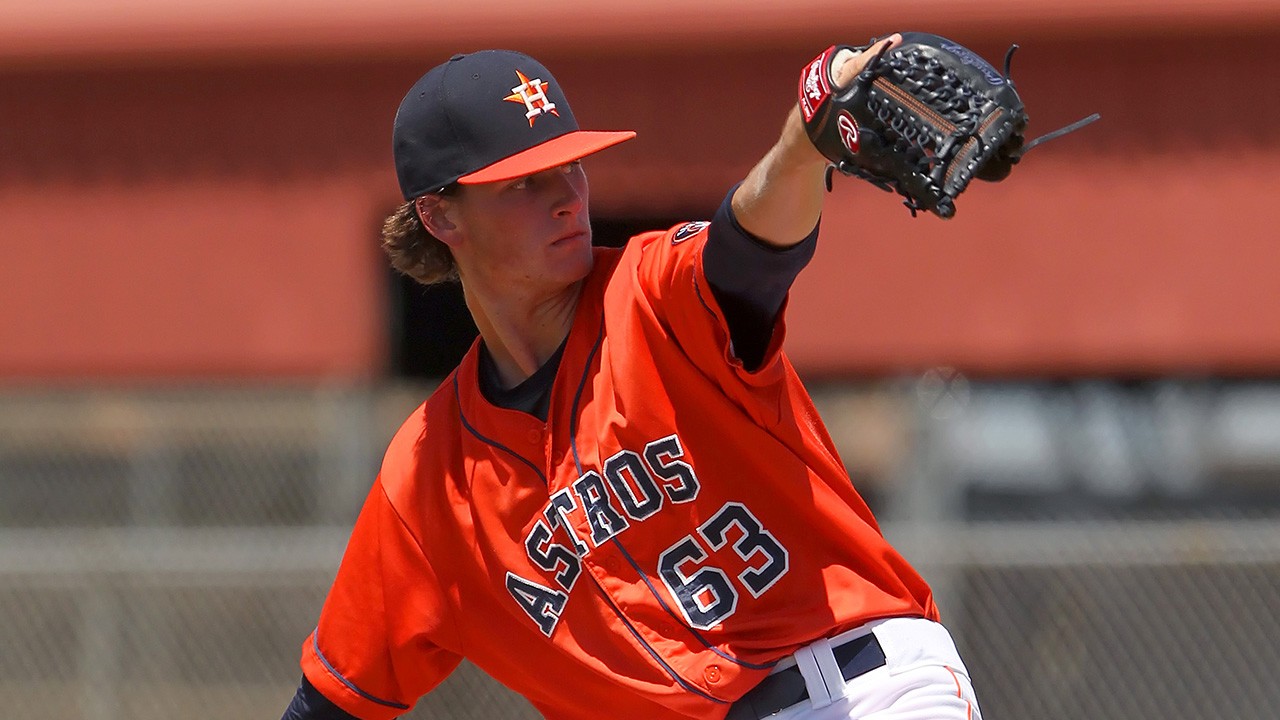 If you want to stay one step ahead of your league, one area that a lot of casual fans don't pay attention to is the prospects in baseball who can have an impact in fantasy baseball. Everyone has heard of Vladimir Guerrero Jr., but believe it or not, there are other players in the Minors who can help your fantasy team. That's why I didn't list Vlad below because everyone already knows about him, he's already on most rosters and it should only be a matter of time before we see him in Toronto. I would rather spend some time on other players.

Below is a list of the top guys who I think can make an impact for your team. This list may change throughout the season, but the purpose is to keep you updated on how the top prospects are doing and letting you know if they seem to be getting close to a promotion. Hopefully by reading my weekly Minor League Report, you can snag these guys before anyone else in your league does and you can ride them all the way to a championship!

If the Reds decide to play Senzel at second base in Triple-A, it could signal that he could be called up sooner to fill in for Scooter Gennett.

With Scooter Gennett out until June with a groin injury, the Reds could have really used Nick Senzel in their lineup to kick off their season. Unfortunately, Senzel suffered an ankle injury and hasn't played an inning so far in 2019. He is set to make his Triple-A debut on Tuesday this week, so we need to keep a close eye out as to whether they stick to their plan and give him a run in center field, or whether they play him at second base and plan to bring him up to fill in for Gennett. Stay tuned...

There was so much talk of Kyle Tucker going into this season, that we kind of forgot about the number three prospect in the Astros farm system (per MLB.com), Yordan Alvarez. Absolutely no one has been hotter than Alvarez through the first few weeks of the season, as he leads the Pacific Coast League with ten home runs. If he keeps this up, it will be hard to keep him from graduating to the Big Leagues.

Looking at my fantasy teams, I invested way too heavily in Kyle Tucker. I liked his power/speed combo, and that should definitely help fantasy owners, but it looked like Josh Reddick was all that stood in Tucker's way, and he now has to contend with the red-hot Yordan Alvarez as well. For the sake of my fantasy teams, I hope he starts heating up soon...

While service time manipulation may limit his opportunity to play in Toronto in the near future, Bo Bichette definitely has a bright future ahead of him. He has 20-20 potential and could form a powerhouse left side of the infield with Vlad Guerrero. Toronto is hovering around .500, and if they want to sell some tickets as well as try to compete, they could use him in the lineup as soon as possible.

Forrest Whitley is the number one pitching prospect in baseball and he has a full arsenal of pitches in his repertoire. He has a fastball that can hit the high 90's with heavy movement, a great breaking ball as well as curve and slider. He was set back last year, as he served a 50-game PED suspension, but came back and was the strikeout leader in the Arizona Fall League and is now looking to show what he can do without any "assistance". With the likes of Wade Miley and Brad Peacock closing out their rotation, the Astros could use Whitley for the stretch run later in the season.

Jesus Luzardo was not able to escape the injury plague that is taking over the league this year.

One of the top pitching prospects in baseball, this Spring Training it was appearing as though Jesus Luzardo was going to begin the season in the Athletics rotation. However, he suffered a strain in his shoulder and won't even begin throwing for the next week or two. He could still be really good this year, but the absolute earliest I think we see him is around the All-Star break.

With a fastball than can hit 100 MPH, paired with a nasty curve, Dylan Cease has the stuff to become a very good MLB pitcher. He came to the White Sox in the Jose Quintana trade and as long as he shows sustained success at Triple-A, I expect to see Cease in Chicago sometime this summer. He struggled this last week as he gave up three earned runs in almost five innings, but since those were the first runs he's given up in three games, I'm going to let it slide a bit.

Atlanta felt strongly enough about Kyle Wright to put him on their Opening Day Roster, but after three rough outings, they felt he could benefit from some more time in Triple-A Gwinnett. His first game in the Minors didn't go well either as he gave up five earned runs in four innings. He's still in the Braves long-term plans, but with so much young, talented pitching in the Braves organization, Wright is going to have to earn his way back into the Braves rotation.

While his fastball sits in the low-to-mid 90's, Justus Sheffield has a great slider and should be a nice fantasy asset once he joins the Mariners. While I like his stuff, he is struggling with walks so far this year as he has walked 11 batters in 18 innings, and that isn't going to do it if he wants to get called up sooner rather than later.