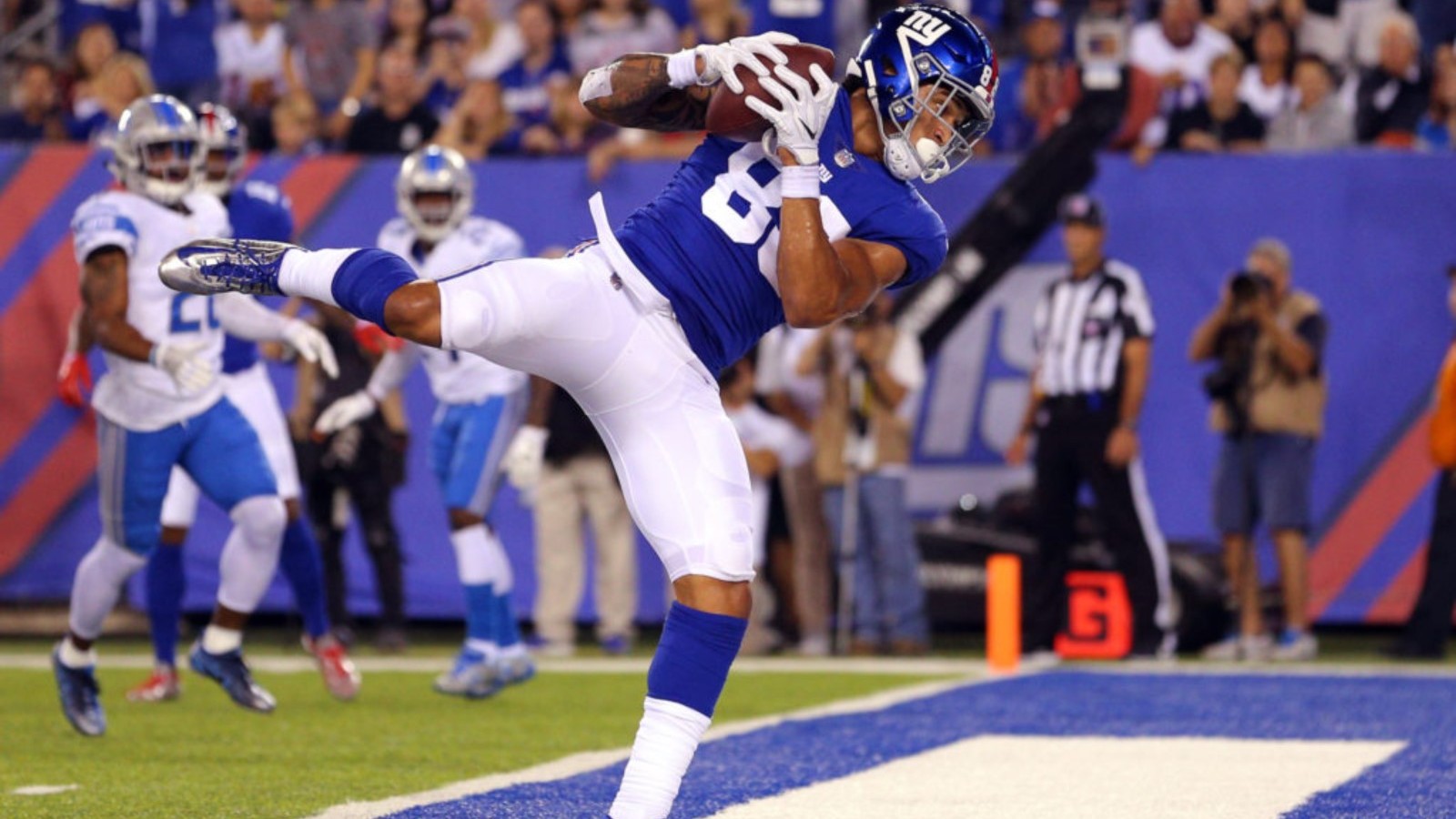 My guys! Everyone has them. Guys that you want on as many of your teams as possible. Guys that you might say "ADP be damned!", guys that you fully believe in, guys that you have a man crush on. I am going to chronicle each position and give you My Guys that I think are going to have great years. Let's go through tight ends and I will tell you a tale of guys that I like at each layer of the draft. If you want to check out the quarterback article, you can do so here. Follow me on Twitter @fightingchance.

Evan Engram, New York Giants. I have a freakish man crush on Engram. I just liked everything I watched with him last season. He’s big, he’s fast, he’s agile, and he has good hands. Everyone says he won’t get the looks now that everyone is healthy, but my counter to that is now defenses will have so many other guys to focus on other than Engram that he should have worse defenders on him, and more space to work with. I think he is a shoe in for a top five finish in fantasy tight end rankings. The sky is the limit for Engram.

One more: Zach Ertz, Philadelphia Eagles. Ertz has 74 or more catches and over 800 yards in three straight seasons, and his touchdown total has gone up in each of the last three seasons. He is in a great passing offense, and at 6’5” and 250 pounds he is a load to try to cover. He has great hands, he’s tough over the middle, he is quick for a guy his size. Yeah, the team drafted Dallas Goedert, but the Eagles run a lot of two tight end sets, and the emergence of Trey Burton didn’t hurt Ertz numbers last year, so I don’t see a fresh, new rookie hurting him either. He is a great choice if you like to go tight end early.

David Njoku, Cleveland Browns. This kid just drips talent, even if the Browns didn’t let him showcase it last year. He’s big, he’s fast, and he has good hands. No matter the quarterback it should be a much better season for Njoku in 2018, and he really has a chance to shine. There is a small risk that he might bust again, but I believe in him and feel comfortable with him as a low end starting tight end.

One more: Jack Doyle, Indianapolis Colts. Even with Jacoby Brissett at quarterback last year, Doyle still racked up 80 catches. Don’t even get me started on Eric Ebron, he won’t be a factor. Unless we are figuring who has the most dropped passes. If Luck is healthy that will only help Doyle and as a low end starting tight end I’m really digging Doyle.

Ben Watson, New Orleans Saints. He is 37 but he is coming off two pretty strong seasons. Watson goes back to the Saints the place where he had his best season. New Orleans does like to feature the tight end, and this guy is going so late he’s practically free. I really think he will finish among the top 12 scoring tight ends.

Tyler Kroft, Cincinnati Bengals. I mean let’s face it, who really expects Tyler Eifert to stay healthy? Anyone? Kroft had seven touchdowns last season, and while he isn’t a high volume reception guy, the scores could be worth it if your starting tight end is on bye or gets hurt.