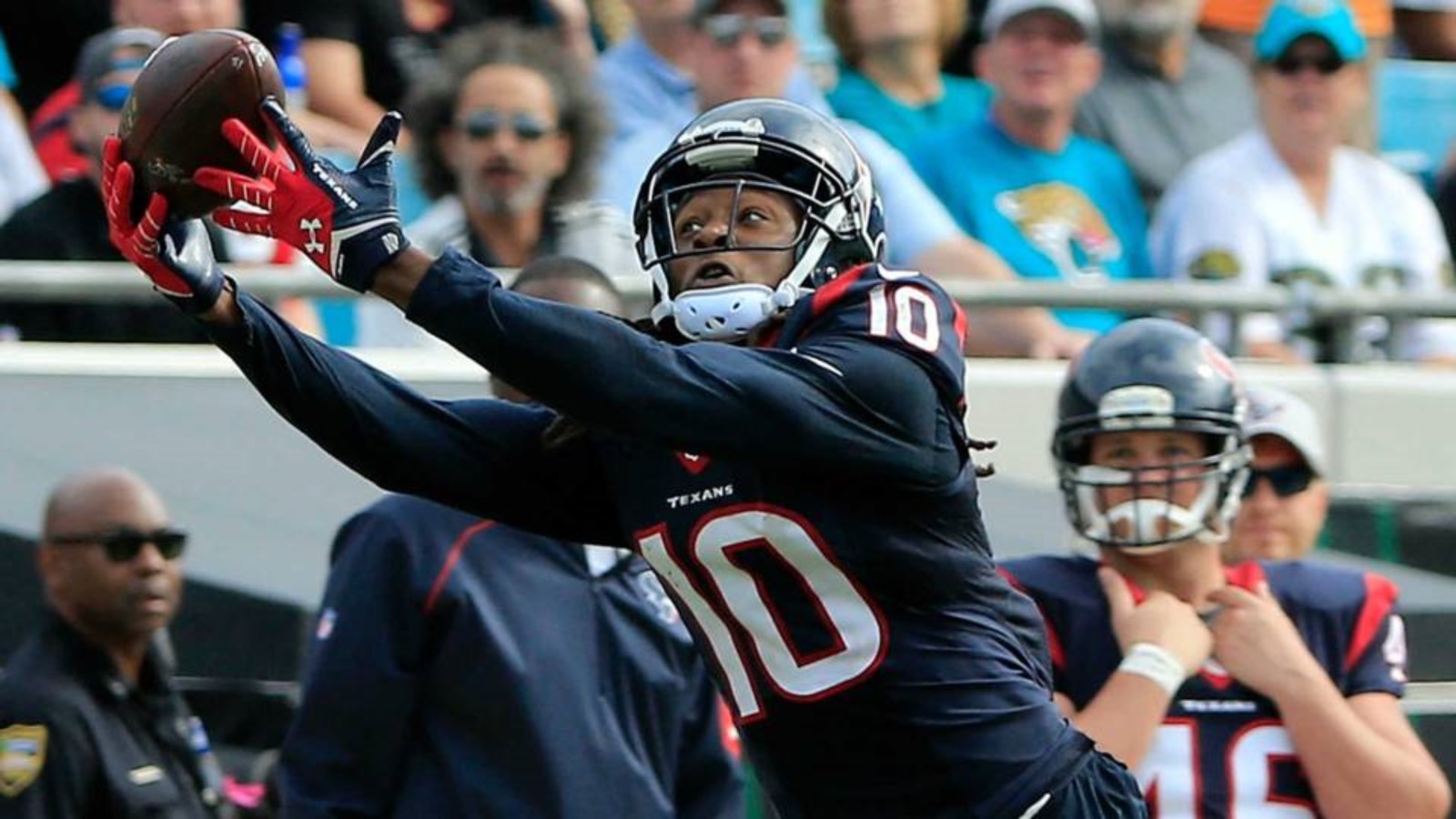 My guys! Everyone has them. Guys that you want on as many of your teams as possible. Guys that you might say "ADP be damned!", guys that you fully believe in, guys that you have a man crush on. I am going to chronicle each position and give you My Guys that I think are going to have great years. Let's go through wide receivers and I will tell you a tale of guys that I like at each layer of the draft. If you want to check out the quarterback article, you can do so here. Follow me on Twitter @fightingchance.

DeAndre Hopkins, Houston Texans. Hopkins might have the worst collection of quarterbacks throwing the ball to him in his career, but he STILL has been awesome almost every year of his career. Coming off an amazing year, Hopkins now looks to have a full season of Deshaun Watson under center which could be potentially lethal to defenses. I would still draft Antonio Brown as the top wide receiver, but I wouldn’t be shocked if Hopkins finished the year as the top receiver in fantasy.

One more: Michael Thomas, New Orleans Saints. The scary part is I think this kid might still be getting better. After an awesome rookie season, Thomas racked up more catches and yards in Year 2, although his touchdowns went down. I don’t see that as a trend that will continue. He is a big target that Drew Brees obviously loves. Give me Thomas as the number three receiver just ahead of Odell since he isn’t coming off major injury. You can’t go wrong with this guy.

Allen Robinson, Chicago Bears. I’ve been a fan of Robinson since he came into the league, and although he disappointed in 2016 and missed all of 2017 with an injury, I still will draft him this year. He now will be the undisputed number one receiver in Chicago, an offense that I think is on the rise. I like Mitch Trubisky as a quarterback, and I think Head Coach Matt Nagy will put in an offense that can score a good deal of points. While there is some injury risk with Robinson, I love getting him as my WR2 and hope he can recreate his 2015 season, or at least something close. I think he can.

Others: Julian Edelman, New England Patriots. Edelman has three straight 90+ catch seasons when healthy, and I know he is serving a four game suspension, but when he returns it should be business as usual. The Patriots are struggling to find other viable receivers, so Edelman should easily lead the team in targets upon his return. If you can afford to wait those four weeks, Edelman should be a big part of fantasy rosters once bye weeks start.

Jordy Nelson, Oakland Raiders. Nelson was terrible last year, but he got a change of scenery and all reports have been positive out of Oakland. The Raiders will be a pass first team, which should open up a bunch of targets for him. While Amari Cooper is the number one, I think Nelson could still get a great deal of catches and I am all over him as the 38th receiver off the board.

Pierre Garcon, San Francisco 49ers. Garcon had 50 catches last year in half a season with the likes of Brian Hoyer and CJ Beathard throwing him the ball. Now with an actual quarterback in an actual offense, I think Garcon has a real shot at 90 catches and six touchdowns. He is an absolute bargain late.

Others: Nelson Agholor, Philadelphia Eagles. In my opinion the number one receiver in Philadelphia will lead the team in catches and have a solid touchdown total.

Mike Williams, Los Angeles Chargers. Last year’s first rounder got hurt then couldn’t get on the field. Healthy with a full offseason I look for a great season for the Chargers.

Dede Westbrook, Jacksonville Jaguars. My favorite Jag receiver. He missed ten games with injury last year and came back and finished his rookie season strong. With a full offseason and training camp, I expect Westbrook to be a good touchdown scorer with enough reception volume to far outperform his ADP.

Allen Hurns, Dallas Cowboys. Dallas’ number one guy, someone has to catch passes from Dak. My bet is on Hurns who has had some success in Jacksonville in the past. As my fourth or even fifth wide receiver I love Hurns.

Cam Meredith, New Orleans Saints. Showed flashes with the Bears, now is catching passes indoors on turf from one of the best quarterbacks in the league. I am expecting a solid season from Meredith as a late round pick.