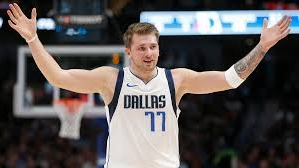 Let's look at the first full-sized slate of the NBA opening week.  Sean Hoy (@SeanHoy27) breaks down his locks and low owned players for Wednesday. 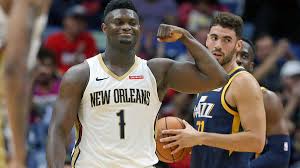 The Pelicans shook up their roster a little bit by moving Jrue Holiday and Derrick Favors while adding Eric Bledsoe as well as some other minor pieces. Zion and Brandon Ingram were always going to be untouchables for the Pelicans, which means that I expect Zion to be fully unleashed this season. Zion was putting up big 30-40 fantasy point performances last year on limited work, I don't think we've even seen him begin to scratch the surface on this potential. Toronto lost Serge Ibaka to the Clippers and Marc Gasol to the Lakers, which really changes the construction of their team. Zion will be wreaking havoc against the Toronto front-court on Wednesday.

I don’t really have much to say about this selection other than that he was the first overall pick in the draft this season, and the Wolves will want to get him involved in a big way. He will be either the number 2 or 3 option on offense behind Towns and maybe Russell; however, Edwards is a big athlete that should be able to impact the game in several ways. We may have no actual data to go off of here, but the risk is worth the reward against a potentially horrible Pistons team at home. It is a nice matchup in his first game with the eyeballs on the lottery pick, and I expect him to be a popular play on Tuesday.

More of a lock on DK; However, he is simply a great play all around, especially with all of the savings we will be getting with all of the value plays on this slate. It will be an uptempo matchup against the Suns, and Kristaps Porzingus is not going to play in this game. Doncic is involved on every Mavericks possession, and honestly, he is one of 3-4 guys realistically competing for the MVP award this season. I don’t really have much analysis to go off of being this early in the season; but, we were used to Doncic putting up 60-70 fantasy points with ease last season. $10000 is simply way too cheap on DK specifically.

Murray can do everything well at the point guard position and is one of the most underrated players in the entire NBA. Given that he is underrated, that he is not well known, is not a sexy play, and plays on the boring Spurs, are really his only reasons for low-ownership. He is up against the upcoming superstar Ja Morant, which is fine, and Derrick White is not playing in this game which bodes well for Murray in regards to his playing time. Pencil Murray in for 35 very solid minutes at the point guard position for the Spurs. 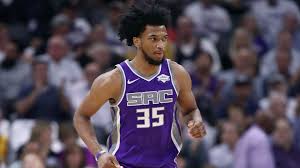 Marvin may be under-owned because of the potential minutes limit; however, the risk is worth the reward (specifically on DK). Bagley missed essentially all of the last season and the Kings missed him dearly. Bagely is in a pace-up matchup against the Nuggets and the more total possessions in a game bode well mostly for big men and ball-dominant stars/point guards. Luckily, Bagley falls under both the big-man and is a focal point in the Kings' offense.

Ayton is too cheap and at this price-point, I believe that he will go overlooked, especially with all of the talent on this massive slate. Ayton should see a boost to his productivity with the addition of Chris Paul. Paul utilizes his bigs in several different ways, and I’m sure he knows what he has with Deandre Ayton. Dario Saric is also listed as out for this game. $7k was too cheap even without Chris Paul on his team, and I haven’t even gotten to his matchup yet. He is facing the Mavericks without Porzingus. Dallas is not a big/physical team, and I fully expect Ayton to dominate down low in this game. I just love the entire situation Ayton is in on Tuesday, and I personally am just penciling him in. Also, correlating Doncic and Ayton has major upside, because if Doncic keeps Dallas within shouting distance in this game, Ayton should stay on the court.