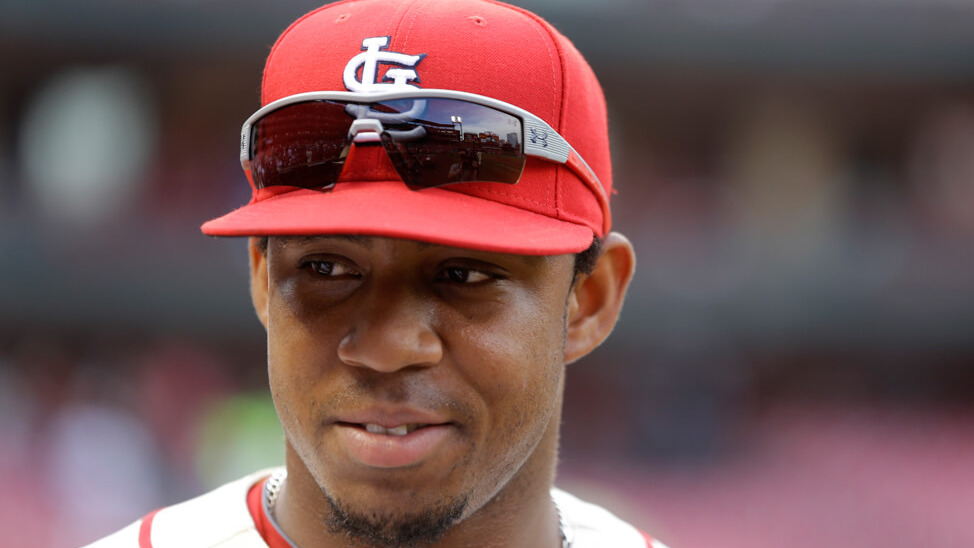 Yesterday I chronicled the changes in player personnel which effected the American League. In case you missed it, you can find it right here. Today, we are going to dig into the National League and see what changes have occurred. As previously stated when discussing the AL, when a player moves teams in baseball, it can potentially have more of an impact than in any other sport. Factors to consider when a player switches uniforms include things such as:

Let me help you sift through all this information and try to give you a better handle on what we can expect from players switching teams this year. Enjoy!

Yelich and Cain should create havoc for opposing pitchers at the top of the Brewers lineup.

The Milwaukee Brewers appear to be making a push for the playoffs as they added outfielders, Christian Yelich and Lorenzo Cain to an already potent offense. They are expected to hit first and second in the lineup and with the Brewers being second in the league in stolen bases last season, I wouldn't be surprised if both of them saw a slight uptick in steals. Milwaukee is a much better park to hit home runs in, but with Yelich being a ground ball hitter and Cain never hitting more 16 home runs in a season, I'm not expecting a huge surge in power from the pair. Both should be very nice fantasy contributors this season with the opportunity to have career years.

The signs had been on the wall, and Marcell Ozuna finally delivered that breakout season, as he hit .312, tagged 38 home runs, and drove in 124. The Marlins have burned down the house in Miami, getting rid of any player that had an ounce of talent, so they shipped Ozuna off to St. Louis this offseason. The ballpark itself in St. Louis plays pretty similar to his former home in Miami, so I expect minimal effect due to ballpark factors. He is expected to be hitting cleanup for the Cards according to Roster Resource, so while I don't expect him to drive in 124 again, he should be in line for another 100 RBI season. A slight regression in his batting average should be in store due to his elevated BABIP, but a .280, 30 HR, 100 RBI season is a very likely outcome. 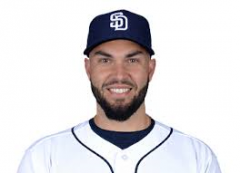 I don't blame Eric Hosmer for choosing San Diego. I want to live there too!

It may have taken him awhile, but Eric Hosmer finally found a new home in San Diego. The rebuilding Padres added the veteran first baseman, forcing Wil Myers to move into a role in the outfield. The park should play slightly better for Hosmer, but I would also give him a slight downgrade in talent around him after playing with Lorenzo Cain, Mike Moustakas, Whit Merrifield etc. last season. Overall, we shouldn't see too much of a change in his production and he should still hit for good average, slug roughly 25 home runs, and serve up 85+ runs and RBIs.

Last season, Carlos Santana had very similar results to his 2016 season in regards to batting average, runs and runs batted in, but he dropped from 34 home runs in 2016 to only 23 last year. His walk/strikeout rates remained similar, but about the only noticeable change was a slight decrease in his fly ball rate (41.2% to 39.3%) and another drop in his hard hit percentage (36.3% to 33.0%). I'm going to chalk the decrease in power to a bit of bad luck. In Cleveland, he played in a park that was below average for home runs, while he now resides in Philadelphia where they are very generous in serving up homers. While I would rather have Carlos Santana as my corner infielder, the move to Philly should have a positive impact on Santana's game...as long as he doesn't eat too many cheesesteaks.

In an effort to save a few pennies, the Tampa Bay Rays designated Corey Dickerson for assignment and then proceeded to trade him to the Pirates. Dickerson should hit at the top of the lineup behind Josh Harrison and ahead of the likes of Starling Marte, Josh Bell and Gregory Polanco, so I do like his surrounding cast. He gets a slight downgrade in regards to ballpark factors for left handed batters, so while I think he will still have a decent batting average and counting stats, I don't think we will see his home run total increase from the 27 he smacked in 2017.

Other Hitters of Note

Steven Souza/Jarrod Dyson, Arizona Diamondbacks. Yasmany could be shown the door as the D'Backs brought in Steven Souza and Jarrod Dyson to solidify their outfield. Souza should be a regular in left field and hit roughly 25 home runs. Dyson should serve as their fourth outfielder giving the others a day off, while waiting for the inevitable AJ Polluck injury. Both are late round targets, with Dyson being slightly more valuable due to his speed.
Todd Frazier, New York Mets. While Todd Frazier won't help your batting average, he should still flirt with 30 home runs as he moves to the Mets. He does get a slight boost in on base percentage leagues, but should still be only a late round pick in standard leagues.
Cameron Maybin, Miami Marlins. Maybin will likely start in center field for the Marlins and be a very nice source of steals, as the Marlins will have to try and manufacture runs anyway they can. He could be a trade piece at the deadline however, and that could hurt his value if he becomes a fourth outfielder for a contender. Don't be afraid to explore trade opportunities come May or June if he gets off to a hot start. 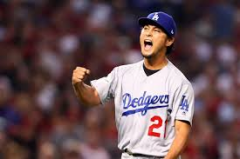 Ryan Hallam is a hater...Don't listen to him!

As a Cardinals fan, my partner here at Fighting Chance Fantasy, Ryan Hallam absolutely hates the Cubs. Despises 'em. Ryan will likely tell you that Darvish is washed up, but while Wrigley definitely isn't the best park for pitchers, Darvish has an amazing arsenal of pitches at his disposal and I'm projecting him to once again offer up more than 200 strikeouts on the year, with a mid 3's ERA and sub-1.2 WHIP. He should have a solid defense behind him and even in a down year last year, he still posted 3.83 ERA. While wins are hard to predict, he should get plenty of offensive support in Chicago and give him every opportunity at a 15 win season. You can draft Darvish confidently as a SP2 this year.

Other Pitchers of Note

Joe Musgrove, Pittsburgh Pirates. Musgrove came to Pittsburgh in the Gerrit Cole deal and moves to a much more beneficial park for pitchers, especially in regards to home runs, which is an area he has struggled with in Houston.

Miles Mikolas, St. Louis Cardinals. Spent the last three years honing his game in Japan, producing fantastic results. A huge wildcard as to whether that success will translate as he returns to MLB.