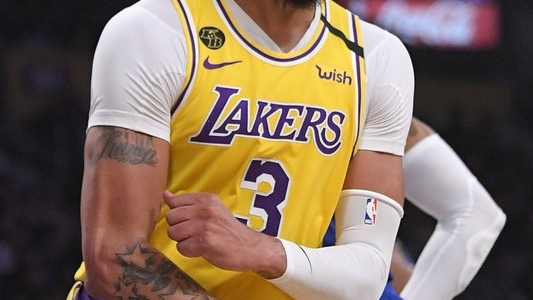 We are now 4 days into the NBA restart and the bubble has not busted just yet.  In all seriousness the basketball has been phenomenal.  Players and teams are giving it their all, and it already has that playoff feel to it.  We also have a good idea how each team will utilize their players moving forward.

We open the week with six games spread across the entire day. We should have some high scoring games upon us as well with the Pelicans and Grizzlies currently sitting as the highest game total on the day (238). Oddly there are a couple of back-to-backs to pay attention to. Washington, San Antonio, and Memphis are all on the second night of a back-to-back.

Let’s take a look at some of out top DFS picks of the day.

There are higher-priced point guards available today, but Ja Morant stands out as one of the best values at the position.  He’s taking on the New Orleans Pelicans, in a matchup that has serious impact in the playoff race.  The Pelicans rank 28th in defensive efficiency against opposing point guards this season.  Morant has increased his fantasy production to 1.13 fantasy points per minute season the restart.  To top it all off, this game is projected as the highest scoring game of the day.

This is more of a value pick.  If Malcolm Brogdon sits out, I like Aaron Holiday even more. At just $4,500 he is a bargain and would draw the start if Brogdon sits out. Either way, I still like Holiday to get plenty of minutes with an injury-riddled Pacers roster. Holiday has a fantastic matchup against the Wizards, who rank 29th in defensive efficiency against opposing point guards.

Moving below $7,000, this is a range where I like Donovan Mitchell quite a bit. It is not a bad matchup for him with the Lakers ranking 21st against shooting guards. You know he is going to be the leading man on the offensive side with a 29.8% usage rate this season. He has averaged 1.12 FPPM which is the third highest at the position tonight.  The Jazz are trying to hang onto that 4 seed in the west, getting a win against the top ranked Lakers can go along way in accomplishing that.

I keep coming back to this game because defense will be optional based on what we have seen from these two teams.  Jrue Holiday has struggled so far in Orlando, posting an average plus/minus of -9.59 over his first two games. That does include a blowout in his last contest, which obviously hurt his overall numbers.  If you are playing with DraftKings, I don’t know if I would spend the $8,700, but on FanDuel he becomes a clear buy-low target.  The Grizzlies rank 22nd in defensive efficiency against opposing shooting guards this season.

It’s hard not to go with Jaren Jackson after the first two games he has had in the bubble.  He is already one of the better young players in the game and his fantasy production has been excellent this season. He is averaging 1.07 FPPM this season and tonight he faces a Pelicans defense that is in the bottom half against power forwards.  This one is simple, put Jackson in your lineup tonight.

Anthony Davis is a superstar; we all know that.  He showed us that in game one of the restart against the Clippers when he posted 34 points.  Game 2 against the Raptors was more of a struggle, not just for AD but the entire Lakers team.  I believe Davis will bounce back tonight.  He’s been priced down to just $9,600 on FanDuel, which is simply too cheap for a player of his caliber. He’s been priced at a comparable salary in only two previous contests this season, and he’s posted an average Plus/Minus of +8.73 in those games.  Make sure to monitor the news before locking in your lineup.  The Lakers could always look to rest AD or Lebron since they are virtually locked into the 1 seed in the west, but I am betting that AD will be suited up tonight.

Myles Turner’s first game back didn’t go very well, he racked up six fouls over 19.8 minutes vs. Embiid and the 76ers.  There are still reasons to be excited about Turner moving forward.  He has a much friendlier matchup vs. the Wizards. He shouldn’t have nearly the same issues with foul trouble, and the Wizards ranked 29th in defensive efficiency and 30th in team rebound rate this season.  The Wizards are banged up and hanging on by a thread, look for Turner to take advantage in the scoring and rebounding column.

I love this matchup that Steven Adams has. Adams always has has double-double upside, and is too cheap in a spot where he’ll be needed to help slow down Nikola Jokic. It’s also worth pointing out that Adams has surpassed his fantasy points per game mark in two dates with Denver this year.