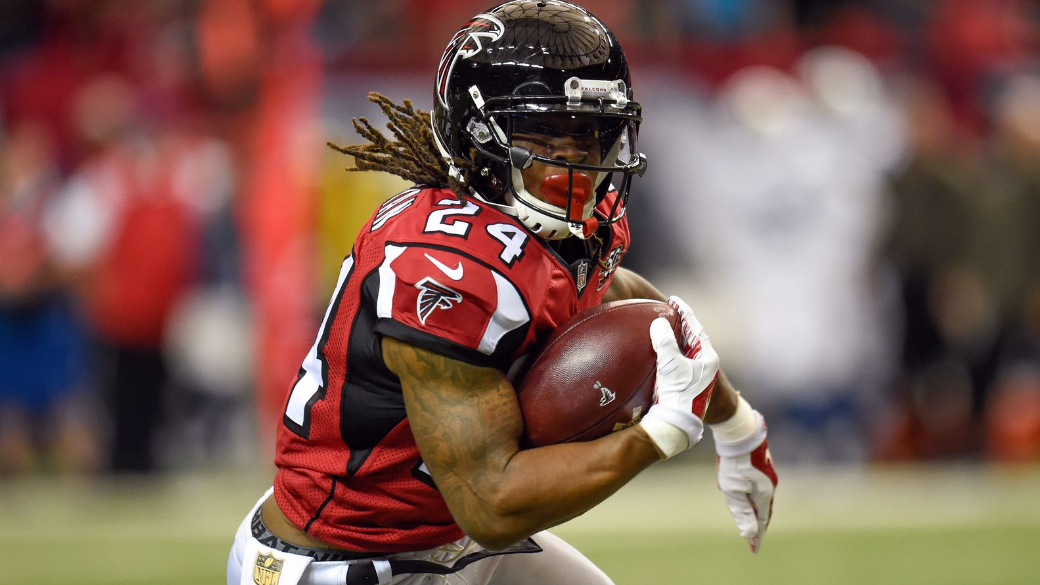 The Falcons have been quiet so far with the third least amount of cap space available.  The 2016 Super Bowl run seems a distant memory, but this is a team that was decimated by injuries to key defenders of this scheme in 2018.

Offensively, the biggest fantasy news here is the departure of Tevin Coleman.  From a fantasy perspective, Devonta Freeman could be in line for a big increase in workload if his health can sustain.

The Falcon's ability to test defensive secondaries is strong with Julio Jones, Calvin Ridley, Mohamed Sanu, and Austin Hooper.  This could work to Freeman's advantage by lowering the number of runs into strong defensive looks.

Additionally, new offensive coordinator, Dirk Koetter, has shown a tendency to utilize backs in the screen games in other stops on his resume besides Tampa. At this point, Freeman is looking like a strong RB2 with RB1 upside for fantasy owners.  He is currently going off the board in the early fourth round according to fantasyfootballcalculator.com.  That is juicy.

To this point, the Panthers have focused on improving by shedding their old skin so their youth can grow into larger roles.  Of course, having the second least amount of cap room available can force you to do that.

Down the stretch last season we caught a glimpse of the future of this offense as Devin Funchess gave way to D.J. Moore and Curtis Samuel.  From week 12 on, both Panther receivers ranked in the top 30 NFL receivers in targets, receptions and yards.

This was all while Cam Newton's shoulder was severely restricting the offense.  Christian McCaffrey worked the underneath areas of the field while D.J. Moore worked intermediate and Curtis Samuel pushed the vertical boundary of defenses.

This should be a versatile offense that can win at all levels of the field, which creates problems for opposing defenses when trying to game plan.  This is looking like a balanced attack for 2019 with room for upside in efficiency if Newton is healthy.

For you IDP players, Shaq Thompson will finally get the chance to live up to his hype with the departure of Thomas Davis.

The Saints entered free agency with a decent amount of cap space.  Their strategy appears to be selectively replacing and adding mid-tier players.

Latavius Murray has an opportunity to carve out a nice fantasy role, similar to that of Mark Ingram.  While not considered to be as talented as Ingram, even if he is 75% as efficient his value right now based on ADP is a no-brainer in the 11th round of half-point PPR leagues according to fantasyfootballcalculator.com data.

Jared Cook has become a tight end mercenary because he has holes in his all-around game.  However, the things he is good at (yards and touchdowns) drive fantasy points.

The Saints are a good fit for Cook who will give the team an athletic chess piece to attack linebackers and safeties, which pairs well with Alvin Kamara.  This past season many teams began subbing in an extra corner to cover Kamara in obvious passing situations and it was pretty successful.  Cook's length combined with certain route combinations and presnap motion can be used to counter defensive adjustments similar to this.

For those remembering Jimmy Graham's huge seasons in this offense and wanting to carry that over to Cook, it just isn't going to happen.  Cook will see a drop in volume playing third fiddle to Michael Thomas and Alvin Kamara.

Cook will have some solid weeks based on the game plan, but it will be a surprise if he can push his way to 15% or more of the targets.  His value this season will likely hinge on red zone success, which can be tricky.

*Cook signing is said to be done, but still pending after Patriots showed late interest after learning of Rob Gronkowski retirement.  Monitoring.

The Bucs have a ton of targets available with the departure of Adam Humphries and DeSean Jackson.  Lucky them, they have plenty of able bodies ready to fill that task in Bruce Arians vertical offense.

Bruce Arians has always been a fan of the big slot receiver (Hines Ward, Reggie Wayne, and Larry Fitzgerald) so the team moved on from Adam Humphries.  Enter Chris Godwin and O.J. Howard.  These two players are most likely to fill that void.  Most likely, it will be Godwin, but Howard gives the team flexibility to shift Godwin back outside when the team wants to go with two tight ends or let Howard work inside from the slot.  Chris Godwin is likely on the doorstep of a breakout season.

Arians also likes to push the ball vertically, which Mike Evans and Breshad Perriman will do.  Evans can do it with the ability to win contested balls and Perriman will serve as the burner a la Mike Wallace, T.Y. Hilton, and John Brown.  This is an optimal approach given Jameis Winston's strengths as a downfield passer.

It will be problematic for NFL defenses, but could also be problematic for fantasy owners.  The week-to-week value of outside receivers in this scheme can fluctuate dramatically due to the hit-or-miss nature of down-field passing and limited volume.  No outside weapon has ever topped 25% target share in this offense since 2007.  The more typical target share is around 20%.

Will Arian's reshuffle his distribution to incorporate Mike Evans more?  Could Evans see more time in the slot?  This is one of the bigger questions to answer this preseason.