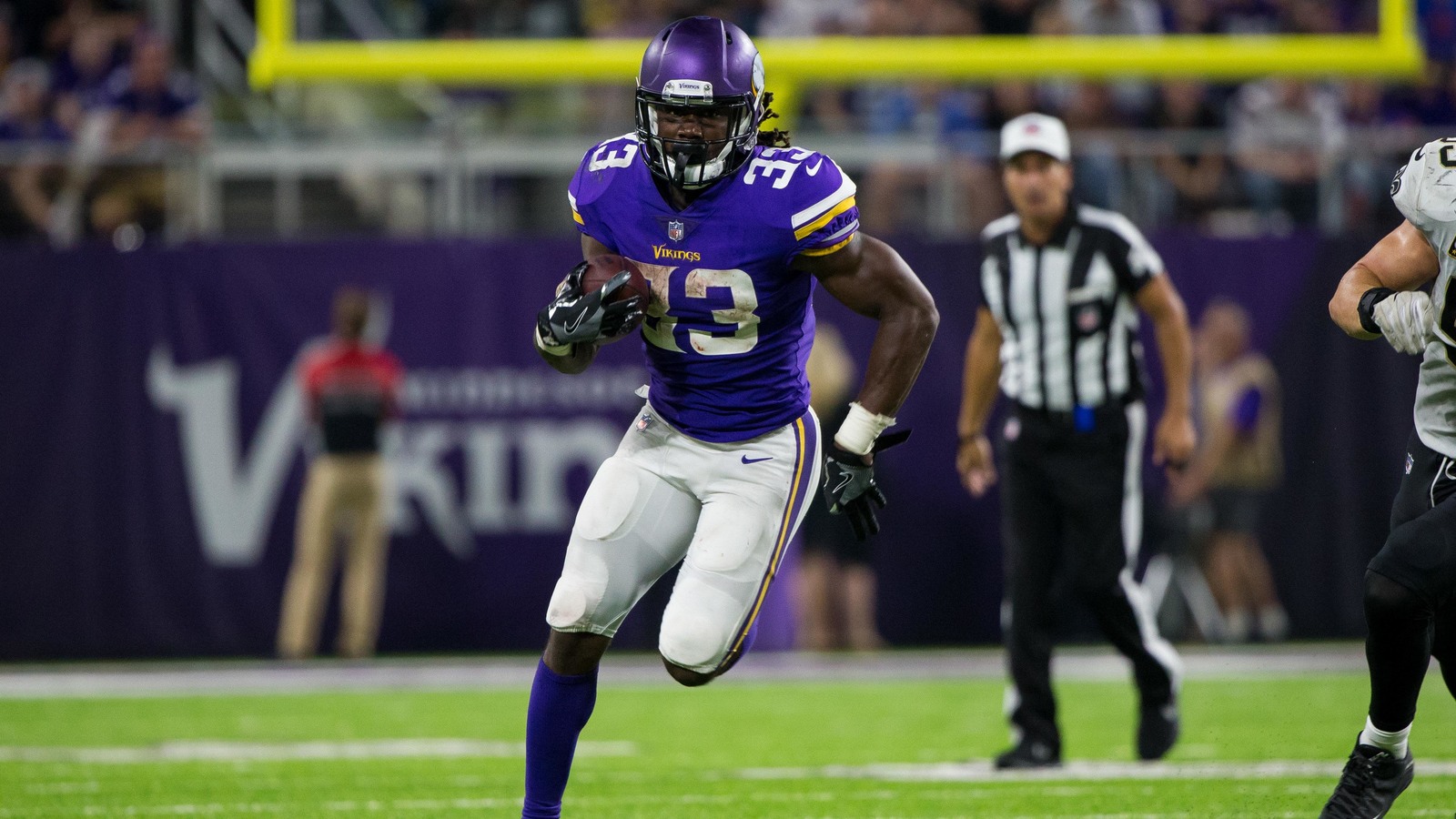 Here are the last NFC Training Camp Notes for 2018. Enjoy!!

Receiver Brice Butler, who left practice early on Monday, sat out Tuesday. Wilks said he had some soreness in his foot. They held him out with the intent that he would be fine for the game on Friday.

Matthew Stafford threw two highlight-reel throws to Marvin Jones and Kenny Golladay today, both high pointing the ball over defenders — Eli Apple and Curtis Riley in both cases — in the back of the end zone.

Golden Tate and TJ Jones showed solid separation skills today and Teo Redding made a highlight reel catch of his own that resulted in him doing a celebration dance at the end.

This may have been the best day for the tight ends group on camp so far.Michael Roberts saw work with the first team, Luke Willson made a terrific diving catch for a TD  in one-on-ones, and both Willson and Hakeem Valles saw time out of position illustrating their positional range.

While the pass catchers had a solid day it was — for the most part — a down day for running backs. LeGarrette Blount whiff in pass blocking drill and struggled to separate from linebackers in drills looking frustrated. Nick Bellore tried to stand up Jarrad Davis and got walked back all the way to the quarterback. Ameer Abdullah continued to look sharp in drills and scrimmage — he had a screen pass he could’ve taken 50-yards — but he also put the ball on the ground today.

The Lions scaled back Kerryon Johnson’s role today. He was typically last in drills, ran with the third team in scrimmages, and overall he played a minimal role. This could be an attempt to not put too much wear and tear on the rookie after an offseason that was full of draft preparation and a high snap count in the Raiders game.

Theo Riddick was the Lions’ best back today, his understanding of leverage in pass protection drills illustrates why he is one of the best in the league. In one-on-one drills, he continues to be nearly uncoverable.

The reserve quarterbacks are still making errors — a lot of overthrows and holding onto the ball too long — neither has truly separated themselves, but Matt Cassel was the clear favorite over Jake Rudock today.

Ameer Abdullah coughed up the football today, getting stripped by Giants linebacker Mark Herzlich while working with the second team. That's obviously not what you're looking for, but he's otherwise enjoyed a strong camp too. He ran four times for 16 yards and one touchdown against Oakland, plus caught a pass for 7 yards. He's also worked as the No. 1 punt and kick returner lately -- and he broke off another nice return during punt work against New York.

Elsewhere in that drill, Kenny Golladay and Michael Roberts both dropped balls that should have been caught, and Roberts' miscue occurred in the end zone. Roberts really hasn't been great lately. With just two days left in training camp, he's my pick for the team's most disappointing player.

Dalvin Cook has shown the same level of explosion that attracted the Vikings to draft him. He does not look like a player who has had an ACL tear the prior year, and is cutting violently without appearing to favor his knee. Latavius Murray also appears more smooth in his cuts, and he and Cook look like a dynamic tandem. There is quite a bit of camaraderie between the two as well. The two walked out on to the field together, and Cook asked beat reporters “Have you ever heard of a 1-2 punch?”

Kirk Cousins was visibly frustrated with his mistakes, after having a particularly poor redzone drill period. Cousins is more mechanical than most quarterbacks, which showed in his quick release and timing while under pressure. There could be concern with Cousins ability to improvise, and create when mechanics are thrown off, or he misidentifies pressure from the opposing defense.

There were some other notable things from practice such as Kendall Wright making plays. He has been relatively quiet all training camp, and Zimmer had a few disparaging comments about his inability to play special teams. Wright still needs to carve out a role for himself with guys like Brandon Zylstra, and Cayleb Jones making plays.

Laquon Treadwell is impressing every day, and continues to solidify himself as the teams wide receiver 3. He is making contested catches in redzone drills, and attacks the ball out while its in the air. The Vikings are giving him every opportunity to thrive, and he is clearly making the most out of it.

Stacy Coley and Jalyn Holmes were both present at walk-through this morning after leaving practice yesterday with injuries. They did not participate in any of the action today.

Those two, along with Brandon Zylstra, Mack Brown and Tashawn Bower did not participate in the afternoon practice. Bower had his right knee wrapped.

Stefon Diggs returned to practice Tuesday. He was a full participant in the morning walk-through and was in pads for the afternoon session as well.

Diggs was overthrown on a deep pass by Kirk Cousins and later had a fastball go right through his hands on a button hook route. The pass was right into his chest. It happens.

Wide receiver Tavarres King had an impressive day. He ran crisp routes, caught everything that was thrown his way and showed off his speed in the open field.

The same can be said for Chad Beebe, who is a sharp route runner and looks to be in complete control of his body at all times.

Quarterback Trevor Siemian struggled again today. Many of his throws were wildly off target and for whatever reason he had trouble receiving the snap and hanging onto the ball. That’s not all on him but that’ll need to be fixed with one of the league’s top defenses coming into town tomorrow.

Laquon Treadwell made the most of his opportunities in red zone drills and made multiple plays throughout the day. Cousins is definitely developing a rapport with the 23 year-old wideout.

The Odell Beckham Jr. show is back. It was on full display Tuesday against the Detroit Lions in his first live action against anyone other than his teammates.

The New York Giants' star wide receiver caught a handful of passes in live drills, mostly against Pro Bowl cornerback Darius Slay. He exploded out of his cuts, aggressively plucked the ball out of midair, made impressive one-handed grabs and didn't appear to show any signs of the broken ankle that ruined his 2017 season.

Giants notes so far from here in Allen Park, Mich.: Davis Webb having a really good practice, throwing confidently, lots of TDs in 7-on-7 red zone; Roger Lewis, Evan Engram, and Hunter Sharp having a strong day, too #Giants

Rhett Ellison with a nice adjustment to haul in TD. Lions wanted a push-off called.
Official wasn’t buying it.

Best throw I’ve seen Eli Manning make in a while. Needed extra zip to get ball in tight to Hunter Sharp in end zone with Miles Killebrew blanketing Sharp and it got there for TD in red zone 7-on-7 drill. #nygiants

Couple good moments for Davis Webb and Kyle Lauletta in team red zone drills.
Webb thread the needle to Scott Simonson for a TD in back right corner, Lauletta opened his series with a dart to Roger Lewis for the score. #nygiants

Roger Lewis breaks open in the corner, and Davis Webb hits him for a TD. #Giants #Lions

Not a great throw by Eli Manning, low and behind Evan Engram, who picked the ball about an inch off the turf for a really nice catch between defenders in 7-on-7. #Giants #Lions

Cody Latimer goes up and makes a really nice leaping catch over Darious Slay in the corner of the end zone for a TD in 7-on-7. #Giants #Lions

Dallas Goedert, the rookie tight end showed in the spring that he had the goods to play in the NFL, but camp further legitimized the Eagles’ second-round draft pick. Goedert runs crisp routes, utilizes a large catch radius and has soft hands. He will have a prominent role on offense alongside starter Zach Ertz, likely in the red zone. During a practice without Ertz, Goedert caught two touchdowns with the first unit offense.

Shelton Gibson essentially had only one direction to trend after last year’s camp. But he’s locked down the fifth receiver spot ahead of Markus Wheaton– in this reporter’s opinion – and showed playmaking ability. Gibson needs to be more consistent. He still has the occasional issue with uncontested throws, but you can’t teach speed.

Zach Ertz. The six-year tight end is firmly among the best at his position. By my count, he didn’t drop one pass in camp and was the receiver targeted most.

Donnel Pumphrey, Matt Jones and Wendell Smallwood are trending down. The Eagles have three running backs locked into roster spots – Jay Ajayi, Darren Sproles and Corey Clement. They typically keep four and the job was up for grabs entering camp. Pumphrey showed improvement after a disappointing rookie campaign, but he suffered an injury and will miss at least the first two preseason games. Jones has also been banged up, but when he has played he has been underwhelming. Smallwood has been healthy – unlike in camps past – but his performance has paled in comparison to undrafted rookie Josh Adams.

With Jeffery sidelined, Mack Hollins jumped up to the first team and had the opportunity to prove that he was more than just a fourth receiver. But he struggled to get anything going against Darby and company. Hollins’ special teams skills gets him on the roster, but he’s injured now and if Jeffery isn’t ready by the opener, he may not be his backup.

The most encouraging scene of today didn’t happen on the active practice field. On the side field, Alshon Jeffery and Brandon Graham continued their rehab. Graham pushed a weight sled and Jeffery ran routes and caught passes.

A quick swing pass to Darren Sproles today and the 35-year-old was off. That’s been the most impressive thing this training camp for me. Sproles is in his mid-30s, coming off two serious injuries, and looks as quick as I’ve ever seen him. He’s a physical freak.

Sources: #Seahawks first-round RB Rashaad Penny flew to Philly tonight and is having surgery to repair a finger injury that includes a broken bone first thing Wednesday morning. He’s out 3-4 weeks, which means he’s right up against the start of the season. Hope is he’ll be ready.

It’s being called “minor surgery on his pointer finger,” which was fractured and will need a screw - hence the quick recovery. One source said that Penny “would have played with it if this were late season/playoffs.”

The hands of the running back group had a good day. In one-on-ones, running back Jacquizz Rodgers caught a long slant from quarterback Ryan Griffin. In team drills, it was Ronald Jones II’s turn. He caught a slant in stride as he made his way upfield and turned on the boosters. The guy is fast.

The play of the day was a long ball from quarterback Jameis Winston to wide receiver Chris Godwin. Quarterback Ryan Fitzpatrick was held out today to rest ahead of a couple tough practices the team will face in Tennessee against the Titans. Winston hit Godwin down the left sideline. Facing tight coverage, Godwin managed to get his hand on the ball and haul it in inside the end zone.