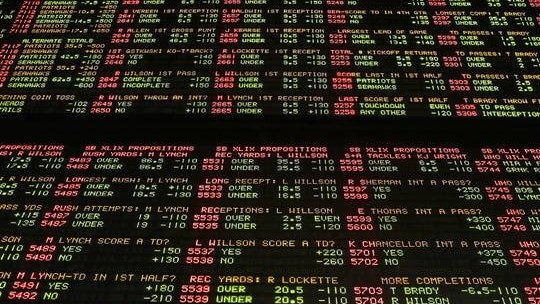 A bit of a disappointing start to our NFL season, going 2-3 against the spread in week 1. That would have been flipped to 3-2 if Stephen Gostkowski missed two field goals instead of three.  But don’t worry, I am not one to make excuses.  Thanks a lot, Gostkowski.

Week 1 was right on cue for the unpredictable season we’re going to get this year.  The Jacksonville Jaguars won their season opener despite the “Tanking for Trevor” label being placed on them before the start of the season.  Pete Carol finally unleashed Russell Wilson for the entire game, and he answered with a near perfect performance.  The New York Jets lost another season opener to the Buffalo Bills, but I guess that one isn’t much of a surprise.

Week 2 always brings the challenge of keeping week 1 reactions in check while trying to figure out what is sustainable and what is not.

Philip Rivers’ lack of mobility has become an issue in the last couple of years.  The Colts were looked at as an AFC South favorite coming into the season, but they flopped against a team in Jacksonville that has shipped away most of their star players.  Minnesota on the other hand ran into a vengeful Aaron Rodgers looking to prove his own franchise wrong.  The Vikings week 1 performance was more of a bad timing situation in my opinion.  I believe Mike Zimmer will fix the defensive issues, and Gary Kubiak will keep putting the ball in Dalvin Cook’s hands.  Oh, and Philip Rivers is a notable 0-5 all-time against a Mike Zimmer led defense.

Usually I get nervous taking a spread this high on division games because of the widespread talent and familiarity amongst opponents.  I mean, we saw what happened in Jacksonville with the Colts last week right?  But this situation is different.  Despite the widespread criticism of Tom Brady’s week 1 performance, we need to acknowledge that he was going up against a well-oiled, cohesive New Orleans Saints team.  That is not the case with this Panthers team, especially on defense.  Tom Brady will look to rewrite the narrative after a slow week 1 start.

Overreaction in Week 2 based on a single result is a common oversight, but it does not apply to the Cardinals. The substantial leap forward by quarterback Kyler Murray and the earth-shattering Arizona debut by wide receiver DeAndre Hopkins cannot be discounted. The Washington Football Team may have opened with a win, but rummaged out a league-low 239 yards and averaged a measly 2.2 yards per rush. Good luck keeping up with Murray and Hopkins, Washington.

I've been holding out for six but it doesn't look like I'm going to get it, so let's fire on Giants +5.5.  The Giants were able to keep things close for three quarters of the game against a steelers defense that held Saquon Barkley to 6 rushing yards.  I expect a bounce back performance from Barkley this week against a Bears defense that allowed the Detroit Lions to rush for 138 yards. I also think this pick comes down to one thing: who has the better starting quarterback?  I think that’s clearly the Giants with Daniel Jones. Give me the G-Men to keep this thing close.