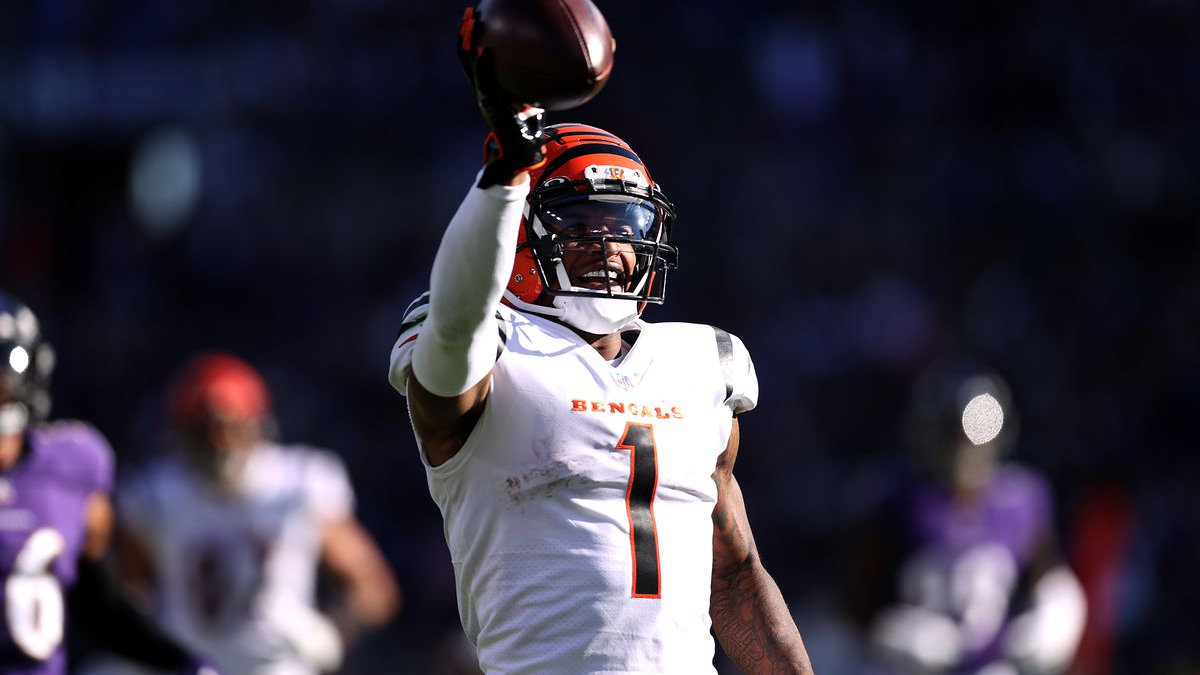 With the DFS season winding down and limited choices due to all the chalk on the slate, I thought I’d do something different this week. Prop betting on sportsbooks isn’t available in all states (yet), but several sites have popped up to allow those of us in said states to have a little prop fun anyway. Underdog Fantasy and PrizePicks are just a couple of sites that offer parlay props to quench our need to get a piece of the proverbial pie. Without further ado, here are a few of my locks for this weekend.

After the sack-fest that happened last week against the Tennessee Titans, I can see why people would be concerned about Joe Burrow’s chances of hitting the over on this prop. I’m here to tell you not to be. In Week 17 against the Kansas City Chiefs, Burrow threw for a whopping 446 yards despite being sacked four times. The Chiefs do blitz on 28.4% of downs (8th) and hurry the quarterback on 12.9% of dropbacks (2nd), but somehow, the blitz is where Burrow thrives. Per PFF.com, Burrow has a 92.3 pass grade against the blitz, better than his pass grade of 88.3 when he’s not blitzed. Kansas City is also 24th in pass DVOA, and Tyrann Matheiu may be out for Sunday’s tilt, leaving the Chiefs without a huge piece in their secondary. This game is shaping up to be a boat race, and I think you can confidently take the over here.

Speaking of a boat race, did anyone see the Chiefs take on the Buffalo Bills Sunday night? In an instant classic, Patrick Mahomes put up 378 passing yards along with an additional 69 rushing yards against the number one defense in the league. The Bengals rank 27th in DVOA against the pass, so Mahomes should have a field day against their defense this time. I’m not looking at Week 17’s 259-yard performance as a blueprint for this game, as Tyreek Hill was still recovering from COVID and wasn’t yet 100%. Mahomes at his home field with all his weapons in the AFC Championship game just screams air raid. There is some risk here, as he has only topped this line seven times this season, but two of those were in the Wild Card and Divisional Rounds. Mahomes is a different player when the playoffs start, and it’s damn near impossible to count him out.

This prop is about as ironclad as it gets this weekend. Byron Pringle has cemented himself as the number two wide receiver in the Kansas City Chiefs offense down the stretch, garnering seven or more targets in all but one game since Week 16. The Bengals also rank 27th in DVOA against the number two wide receiver, making this prop even more enticing. If there is such thing as a free square this weekend, five targets for Pringle is it.

CJ Uzomah played the role of end zone threat in the early part of the season, but he’s come on as a legitimate piece of this offense down the stretch. Since Week 13, Uzomah has seen at least six targets in every game but one. Kansas City ranks 18th in DVOA against the tight end, so you can expect Uzomah to see a similar workload. This one is also a little tricky, since Uzomah has seen exactly six targets four times since Week 13, but hear me out. Kansas City ranks 2nd in DVOA against the number three wide receiver, so I expect Tyler Boyd’s usual looks to go to Uzomah. I wouldn’t play this over in a Power Play just in case he hits exactly six targets, but it’s worth targeting in flex play stack on PrizePicks.

Did I say Byron Pringle was the free square of the weekend? I meant to say Cooper Kupp. Kupp has seen 10 or more targets in 15 games this season, seeing over 10 in 11 games. The San Francisco 49ers rank 31st in the league in DVOA against number one wide receivers, and Kupp is THE number one receiver. The Rams have lost both of their matchups this season to the 49ers, and if they want to win this one, they’d benefit from throwing Kupp the ball early and often. If the target prop makes you a little iffy, pivot to his receiving yards prop of 100.5. Kupp has hit the over in 12 games this season. Or maybe play both? Speaking of receiving yards…

If y’all know me, you know I like safe when it comes to gambling. Ja’Marr Chase’s receiving prop is about as safe as it gets. Chase has hit over 100 yards in four of his past five games, and the week he didn’t was Week 18 when half the starters weren’t active. This rookie is the real deal, and I expect him to perform under pressure. Kansas City is 17th in DVOA against the number one wide receiver, Chase is a YAC monster, and the last time he played the Chiefs, he finished the game with a 91.5 receiving grade and 266 yards. How could you not take the over on this?

Look, I want to like George Kittle. I really do, but numbers don’t lie. Since Week 15, Kittle has only hit the over on this line twice, and the Los Angeles Rams defense has held him under both times they’ve met this season with 50 and 10 yards, respectively. The Rams rank 5th in DVOA against the tight end, and they’re entering this game as healthy as you can hope for at this stage of the game.

The rushing prop for Clyde Edwards-Helaire is criminally low this week, in part due to the injury suffered at the end of the regular season and in part due to the usage of Jerick McKinnon in last week’s Divisional Round. However, when CEH did get the ball, he crushed his yards per attempt, rushing for 60 yards on only seven carries. The Bengals rank 13th in DVOA against the rush, so it’s not exactly a cake matchup, but it’s hard to ignore CEH’s average of 8.2 yards per carry after a few weeks of rest.

The Cam Akers story is truly remarkable, there’s no doubt about that. Even practicing, let alone playing, is an incredible feat, but we’re not here to talk about Cinderella stories. We’re here to talk about numbers. In the two games since his return, Akers has rushed for 55 yards on 17 attempts and 48 yards on 24 attempts, failing to hit the line on this prop either game. The 49ers are also incredibly stout against the run game, ranking 2nd in DVOA. I just can’t take this over with an incredibly small sample size after an Achilles injury.

I haven’t got to talk about IDP all season, so I’m taking this opportunity to do just that. Chris Jones has nine sacks on the season, and two of those were against the Cincinnati Bengals in Week 17. Are you really going to bet the under against a team that allowed nine sacks last week? Lock it in.

The 49ers could be missing a key piece of their offensive line if Trent Williams doesn’t go this week, but I think Von Miller could feast regardless. On the season, Miller has 10.5 sacks in 17 games, with 7 of those coming in the last six games. The Rams lost both of their regular-season games to the 49ers, and I think they show up trying to prove something this week.

What do y’all think? Am I out of my gourd or right on the money? Follow me @Britt_Flinn on Twitter and let me know. Oh, and if you're new to Underdog, use promo code "LIGHTNING" a deposit match up to $100. Good luck!