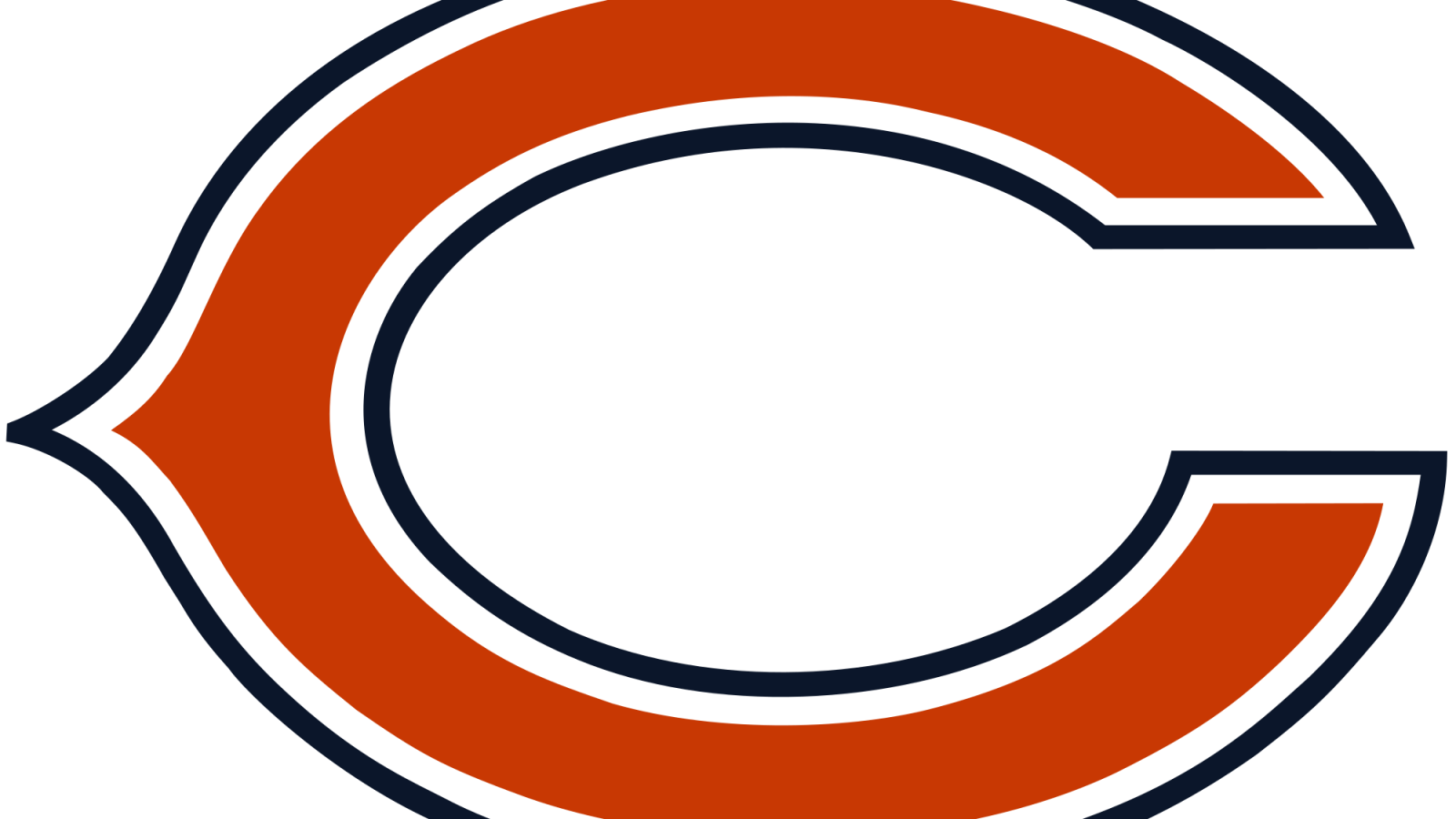 When it comes to assessing a player's fantasy value, it's important to look at the past, but it's also essential to analyze any changes that may have occurred from one season to the next, and what effect that may have on the players going forward. Thus is the case with the Chicago Bears, as a lot has changed this off-season in the Windy City.

The most important of those changes is the fact that the Bears have replaced former head coach John Fox, and replaced him with young gun Matt Nagy. Under the direction of Fox and his offensive coordinator, Dowell Loggains, the Bears' offense was...well, pitiful. In 2017, they finished 32nd in passing attempts, 29th in total scoring, and 30th in total yards, averaging only 287.4 yards per game. Yes, Chicago dealt with several injuries to the likes of Kevin White and Cam Meredith as well as transitioned into a new era as a rookie quarterback took over during the season, but the fact is that Fox and his offense couldn't cut the mustard and were promptly shown the door after the season.

So what changes should we expect under Matt Nagy and new offensive coordinator, Mark Helfrich? That's a difficult question as Nagy has only been in the league a short time and has very little play calling experience. Helfrich himself has never coached in the NFL and didn't even have a job in 2017. Even though they don't have a long history we can dig into, that doesn't mean there isn't anything we can learn from them. Let's dig into each and see if we can't do a little learnin'!

Matt Nagy looks to become the next offensive mastermind in the NFL's coaching ranks.

It always makes me feel old when I see head coaches in the NFL that are younger than me, and Matt Nagy fits that bill. This jerk just turned 40 and it makes me feel guilty for wasting my life. Don't tell my wife and kids that part about wasting my life, by the way. They may not understand me like you do. Anyways, before Nagy entered the NFL, he spent six seasons in the Arena Football League where he played quarterback. In those six seasons, he led his team to two different Areana Bowl championship games, but unfortunately, came up a bit short in both contests. He was signed by the Eagles in 2009, but after he was ruled ineligible to play due to his contract with the AFL, Andy Reid chose to hang on to Nagy as a coaching intern.

In 2013, Nagy followed Andy Reid to Kansas City and served as their quarterback coach for three years until he was promoted to offensive coordinator in 2016. Even though he held the title of coordinator, Andy Reid was still responsible for play calling responsibilities. That was until Week 12 of last year, that is. The Chiefs started out the season on a five game winning streak but then proceeded to lose five of their next six games. At 6-5, Reid decided it was time to see what Nagy could do and handed over the reigns of the offense for the final five games of the 2017 season.

During that five game stretch, Nagy was very successful. During the first 11 games under Reid, the Chiefs averaged 24.7 points, 112 rushing yards, and 255 passing yards per game. Under Nagy, the Chiefs averaged 28.6 points per game, 132 rushing yards, and 279 passing yards per game. Maybe more important than the increase in offensive production was that he was able to get Kareem Hunt back on track. Hunt started the season out strong as he rushed for over 100 yards in four of the Chiefs first five games. Over the next six however, he averaged only 14.5 carries per game and had rushing outputs of 21, 87, 46, 37, 73, and 17 yards. Nagy changed that as he gave Hunt at least 24 carries in three of the next four games and resulted in Hunt winning the NFL rushing title in Week 17.

With only five games calling plays, it's hard to draw too many conclusions about what to expect from Nagy, but since he's spent his entire NFL career with Andy Reid, I think it's fair to say we will see some of the same traits of an Andy Reid, West Coast Offense. Even though Alex Smith was very successful with the deep ball last season, the West Coast Offense is predicated on short, highly efficient passes that limit turnovers. The running backs and tight ends play a large role in the passing attack and that should be a boon to the likes of Tarik Cohen and Trey Burton. Burton was a free agent signee from Philadelphia who played under another Andy Reid protege in Doug Pederson, so he is already very familiar with the offense and should be able to hit the ground running in Week 1. Quarterbacks have also fared very well under Reid, so I think this coaching change will benefit Mitchell Trubisky. Overall, getting John Fox and Dowell Loggains out of Chicago should be a very good thing for the offense.

Even though he was the OC from '09-'12, this was Chip Kelly's offense. If you remember anything about Kelly, it's that he believes the offense should move fast and they waste very little time in between plays. During those years, the Oregon offense averaged 44.7 points, 283 yards rushing and over 500 total yards per game. Oregon went to four BCS Bowl games and won three straight Pac-12 Conference Championships.

I don't know sign language, but it looks like Mark Helfrich is going to implement the "Itsy Bitsy Spider" into the Bears playbook this season.

When Kelly departed for the NFL in 2013, Helfrich took over and implemented some changes in the offense. He slowed the pace down a bit and implemented a more balanced offense, but still highly successful. In those years, he still averaged well over 500 yards in total offense, but unfortunately the defense eroded during his tenure, and after a heart-breaking loss to TCU in the Alamo Bowl in 2015 where Oregon was winning 31-0 at halftime yet ended up losing in triple overtime, followed by a 4-8 season, Helfrich was fired.

The strongest conclusion we can draw from Helfrich is he has had great success with quarterbacks, and likely the reason he landed in Chicago so he can work with sophomore, Mitchell Trubisky. He was quarterback coach at Arizona State under Dirk Koetter, where he led Andrew Walter to break numerous ASU passing records including John Elway's Pac-10 touchdown record. While at Oregon, he made the likes of Jeremiah Masoli, Darron Thomas and Marcus Mariota into superstars, and was named Football Scoop's National Quarterbacks Coach of the Year in 2010 and 2012. If his track record in college is any indication, I think Trubisky will benefit greatly from working with Helfrich.

If the past is any indication, we should see Nagy and Helfrich improve the Bears offense significantly in year one. I think the biggest beneficiaries will be Mitchell Trubisky and Trey Burton. Fox treated Trubisky with kid gloves at times during his rookie season, and I think Helfrich's tutelage in Nagy's offense will bear great results. In fantasy leagues, Trubisky is one of my favorite, late round QB2 targets in standard sized leagues.

As mentioned earlier, I think Tarik Cohen will catch a lot of balls in this offense. He had 53 receptions on 71 targets last season and I think that is the absolute floor for him in 2018 and I wouldn't be surprised if he had 60-70 receptions in 2018. That being said, I still think Jordan Howard should get a bulk of the early down work and see similar production to what we have become accustomed to from him. I think 1,000+ yards and eight scores is a very likely outcome for the third year back.

It's hard to draw a conclusion on what this coaching change should mean for Allen Robinson as he is learning a new offense as well as returning from a major injury. I still like his upside as a WR2 in fantasy, but I'm going to pass on making a projection for him. I think rookie Anthony Miller fits the "dink and dunk" nature of this offense perfectly, and while I'm sure there will be a small learning curve, I think he will make a very nice WR4/5 in PPR leagues this season. As stated, I think Trey Burton is in for a great season as well, and if I don't get one of the top three tight ends, he is one of my favorite targets among the position. He is currently being drafted as the ninth tight end off the board on Fantasy Football Calculator, going in the seventh or eighth round, and I would much rather have him than the likes of Jimmy Graham who is getting drafted several rounds earlier.

Overall, the Bears should not be the desolate wasteland in fantasy football as we have seen the last few years and I'm excited to see how this offense evolves in 2018.