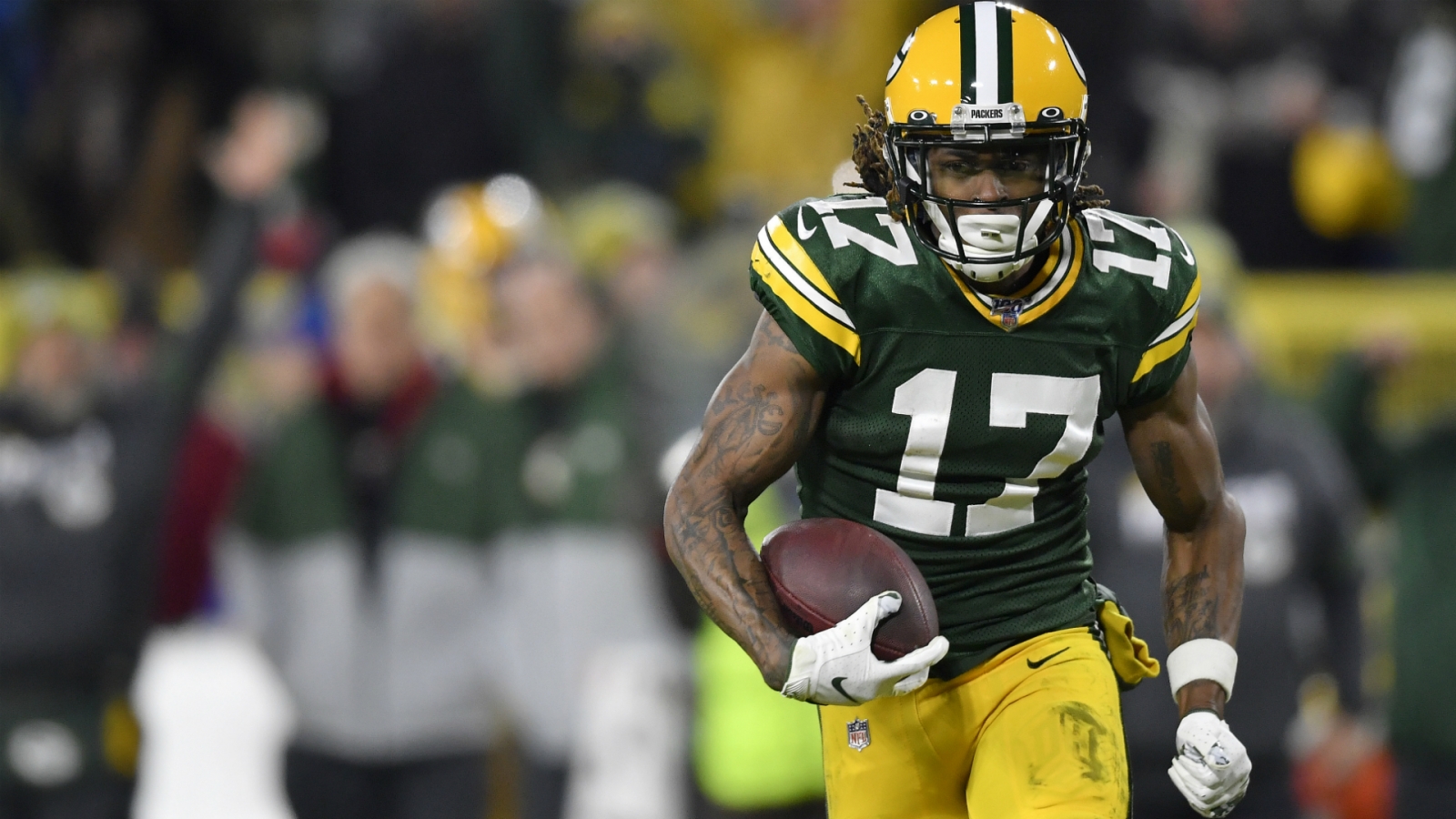 What's up everybody! We're on to Week 10 of the NFL season and we've got an excellent main slate on deck that features a heavy dose of afternoon games. Injuries to Christian McCaffrey and David Johnson have changed the entire slate - opening up strong value options with Mike Davis and Duke Johnson.

We certainly have some tough decisions this week, but I've narrowed down my player pool and I'm eager to share my favorite picks and tournament game stacks with you guys.

Let's get right to it!

Murray has the most fantasy points by a quarterback ever through eight games and there’s no reason to doubt him at this point. With value opening up at running back, it makes sense to pay up for Murray in cash games with his elite floor and ceiling. Last week, only two players in the NFL rushed for over 100 yards - Dalvin Cook and Kyler Murray.

Allen torched the Seahawks last week and reminded us all that he may have been born solely to produce fantasy points at the quarterback position. He’s in a high-paced game environment against Arizona and essentially acts as Buffalo’s goal-line back - boosting his fantasy scoring floor significantly. Allen looks like one of the best quarterback plays on the entire slate this week.

Coming off a complete dud against New Orleans last week, Tom Brady may come back with a vengeance in an important divisional matchup against Carolina. He’s surrounded by arguably the best receiving group in the NFL - providing us with quality stacking options. I’m all in on the Tom Brady / Chris Godwin stack this week. 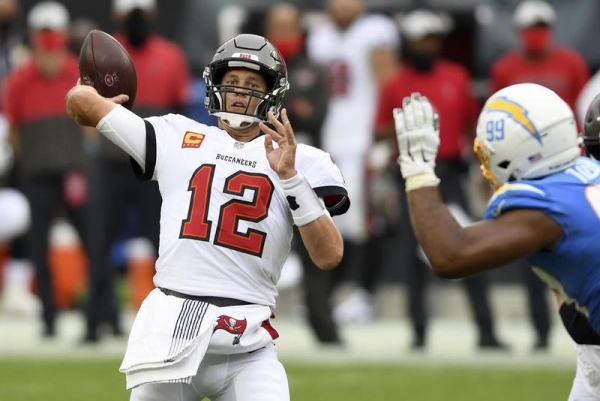 Watson has been on fire since the Texans fired Bill O'Brien - stringing together six consecutive games with at least 260 passing yards and multiple passing touchdowns. Cleveland's secondary is nothing to fear and with David Johnson ruled out with a concussion, the Texans may be forced to rely on Deshaun's arm and his receivers more than usual. Stacking Watson with Will Fuller or Brandon Cooks makes for an affordable, explosive combination that's going under the radar. Just keep an eye on weather reports to make sure the wind isn't getting out of hand in Cleveland.

Tua looked much more comfortable in his second start compared to his first and I expect that trend to continue. He simply has a rushing upside that most quarterbacks in the NFL don't - vaulting him into DFS consideration, especially considering his cheap price-tag. If I'm rolling Tua out this week, I'm certainly stacking him up with Davante Parker and running it back with Keenan Allen and potentially Hunter Henry.

Jones looked fully healthy last week and had a long weekend to rest after playing San Francisco on Thursday night. The Packers are 13-point favorites and the weather in Green Bay is expected to be cold and windy on Sunday, with gusts expected to reach over 40 MPH. Jones should get plenty of volume against an awful Jacksonville defense. 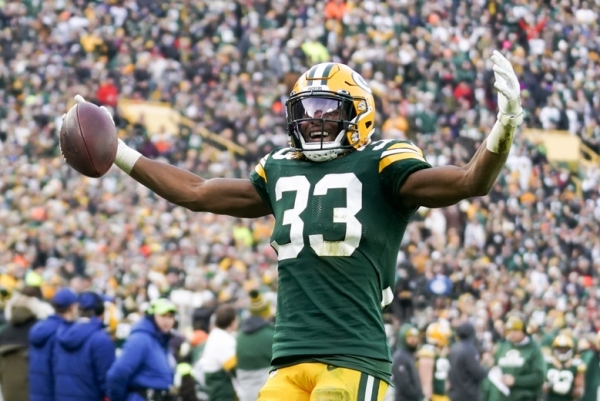 Kamara is the number one scoring running back in fantasy by a wide margin and comes in at a fair price on both sites, and as a home-favorite against a beat up San Francisco defense. Through half the season, Kamara has already caught 60 passes and racked up 1,036 yards from scrimmage. Lock him into your lineups with confidence.

Sanders is set to make his return after missing a few weeks with a knee injury. The Eagles are coming off their bye, and Sanders has proclaimed himself to be 100% healthy. He’s going under the radar this week, but may be my favorite, high-upside tournament running back to target. If we’re rolling out Sanders, Evan Engram makes sense as a run back option. 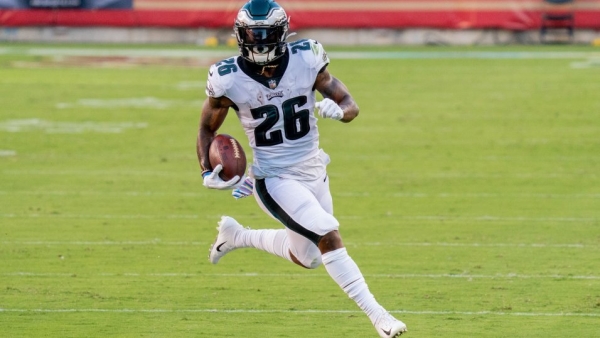 Edmonds led the entire NFL in running back touches last week with 28, and now gets a home matchup against a Buffalo defense that ranks in the bottom-five in fantasy points given to the running back position. While tons of DFS players will be on Kyler Murray this week and rightfully so, Edmonds makes sense as a pivot in tournaments.

Christian McCaffrey has been ruled out with a shoulder injury, hoisting Davis back into the Panthers’ RB1 role. It’s a tough matchup, but Davis is at the absolute minimum price on DraftKings and looks like a lock for 15+ touches. He may be the highest owned player on the entire slate this week.

David Johnson has been ruled out of this game due to a concussion suffered last week, giving Johnson a crack at the starting gig for the Texans. Duke piled up 20 touches last week after replacing DJ and should have a secure role in the Houston offense this Sunday. For the narrative folks out there - we’ve also got a revenge game on our hands as Duke gets his first crack against the team that he spent five years with.

Adams has been electric whenever he’s been on the field this season. Through six games, he already has three games with at least ten receptions, 150 yards and a receiving touchdown. The only other player to do that in an entire season is Calvin Johnson. Adams has a superb matchup at home and should be a lock for at least a dozen targets.

Keenan has been on fire since Justin Herbert took over as the quarterback for the Chargers and looks like one of the safest wide receiver options on the slate. In his past full six games played with Herbert, Allen has averaged 13 targets, ten catches and 98 receiving yards per game. 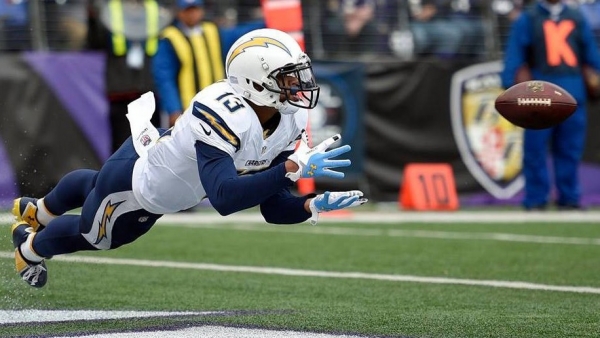 McLaurin stands out as a value on FanDuel this week in a prime matchup against Detroit. He's had at least four catches and 60 receiving yards in seven out of eight games this season. He's also put up at least 90 receiving yards and a score in back to back games. With a few other games on the slate dealing with high winds and bad weather, McLaurin stands out as a high-upside receiver playing in a dome this week.

Kupp is coming off a 20-target game last week and now faces a Seattle secondary that hasn't been able to slow anyone down this season. Kupp and Jared Goff have a proven connection and the Rams will likely be forced to increase their passing attempts to keep up with Russ and the Seahawks' elite offense. Kupp makes for a strong play in both cash and GPP lineups this week. 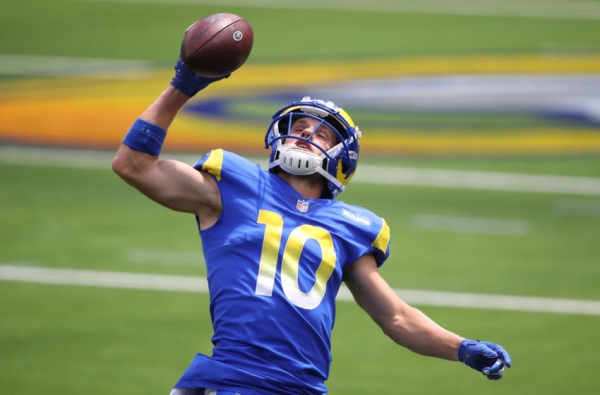 Reagor came back from injury last week and instantly became a primary target for Wentz in the Eagle’s passing offense. The talented rookie should be on the field for nearly all of Philly’s offensive plays and will likely avoid the coverage of James Bradberry. His upside at this price point is very intriguing.

With Preston Williams being sent to the IR, Parker is likely to see an uptick in targets and attention from rookie quarterback Tua Tagovailoa. In his first game with Tua, Parker scored a touchdown on a red-zone target and last week he caught six passes on seven targets for 64 yards. I’m interested in a correlation play with Parker and Keenan Allen in cash games this week.

Goedert should be fully healthy following the Eagles’ bye week and steps back into the starting tight end role. With Ertz out, Goedert is likely to be heavily involved in the Philly offense. In the two games that he’s been fully healthy, Goedert has averaged eight targets, six catches, and 65 receiving yards per game.

In the same game, Engram looks like a rock-solid DFS play after stringing together three consecutive games with at least nine targets. He finally found the endzone last week and gets a plus matchup at home against an Eagles defense that ranks near the bottom of the league in fantasy points allowed to opposing tight ends.  It’s tough to get away from Engram’s volume, price and matchup here. 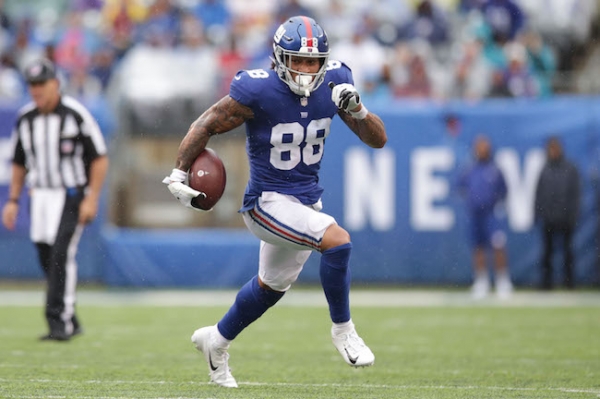 There’s not much that needs to be said about Waller at this point - he leads NFL tight ends in targets and team target share and looks like the clear-cut, number one option at the position this week with Travis Kelce on a bye week and George Kittle on IR. Waller has at least five catches in seven out of eight games this season and should continue his productive season against a Denver secondary that just let Hayden Hurst run wild.

Fant is off the injury report and looks like one of the best tournament options at the position this week. He’s heavily involved in the Denver offense and has a run-after-catch ability that is mostly unmatched in the NFL. Fant hasn’t scored in five straight weeks, which may sound troubling, but he’s certainly a candidate for positive touchdown regression.

Hooper steps back into his starting role for the Browns’ offense after missing two games following an appendectomy. He should be rested and at full strength as the Browns get a friendly matchup against Houston. Before missing the past two weeks, Hooper had three consecutive games with at least six targets and five receptions. He may jump right back into that productive role with Odell Beckham Jr. on the IR and the Browns receiving group desperate for production. 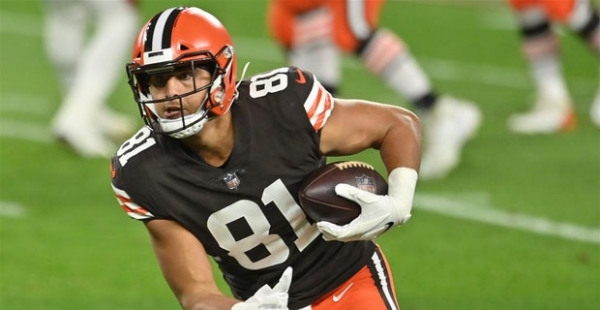 Austin Hooper will make his return to the starting lineup this week following an appendectomy. (Photo credit: USA TODAY Sports)

Reed is a wild card but he’s cheap, seemingly healthy and in a game where the 49ers are expected to be in catch-up mode throughout the game. Aside from Hooper, he’s the only tight end under $4K on DraftKings that I’m considering at this point.

Best of luck this weekend everybody and thank you so much for reading!