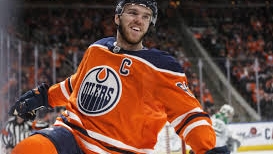 Wednesday Morning update : JT MILLER IS OUT --- Do NOT START ON THE VANCOUVER STACK! I swapped to Tavares as a one off.

HOCKEYS BACK HOCKEYS BACK!!!!!!!!!! Man that feels good to say. If you were unfortunate enough to be one of the select few teams to not make the playoffs last season, after their crazy covid rules, then its been a VERY long off season for you. I fall into that category as a die hard Buffalo Sabres fan as its been 10 months since we last played a game. Anyways if you are reading this article then you are probably here to make some money so lets get right into things.

Lets get the introduction out of the way quick.  My name is Dave Lukacz and I have been playing Daily Fantasy Hockey avidly back since the days of Draftstreet. My success comes from having such a huge passion for the game of hockey and being able to analyze players based on watching them perform on the ice.  For these articles that i will be providing, I'm going to give you readers a solid core of players to choose from to build a cash game lineup, as well as some GPP plays I like.

I just cant even figure the pricing out on Hoffman right out of the gate.  Draftkings really rewards guys that shoot the puck and here is your chance to get a guy that loves shooting the puck and is going to be manning the point on the St. Louis Blues top Power Play unit for almost BARE MINIMUM PRICE! Its mind boggling! At even strength right now hes projected to play alongside Jayden Schwartz and Robert Thomas which should prove to be a solid line. LOCK HIM IN!

Im getting Mcdavid and Matthews both in my cash game lineup which means we need more value elsewhere. Look no further then Brock. I am always going to prioritize taking guys that play on the #1 line as well as the Top PP unit.  All it takes is basically one point to hit value. He is playing alongside Elias Pettersson who is just an absolute stud.  I debated putting Pettersson in over Matthews but ultimately spent up to Auston.

This is another guy that i absolutely love at this price in ALL formats not just cash game. The oilers are going to be rolling Barrie out on the Top PP unit with Mcdavid and Draisatl so there should be plenty of opportunities for him to help you guys hit value.  At a mere price of $4,400 thats just not something you can pass up.  He is really flying under the radar to start off the season and i think this is a great opportunity to strike with Barrie before his price goes up to 6k.

Hello Salary relief! If you like to build a lineup with a bunch of stars on it then youll need some value plays and look no further then Boqvist.  Theres a good chance he will see time on chicagos Top PP as he has been working the unit in practice.  Any time you can get a teams top PP QB for near bare minimum price im willing to take that on as it wont take much for him to hit value.

Ok so im not going to lie, i dont like any goalie plays on this slate.

Well Binnington is DIRT Cheap @ 7,100 and he has a really good chance at seeing 35+ Shots against the high powered avalanche.  With Draftkings bonus if a goalie hits 35 saves i think Binnington could be worth starting in your lineups.

So 95% of the time if you look at the winning lineups in GPP pools the constant is stacking 2 full lines. What that means is you would want to take all 3 forwards skating together. There are some great sites out there that usually give you up to date information on lines from practice which generally end up being the same in games.  If you want to be sure, check the teams twitter account during pregame and they will have the lines for you.

So i really love this stack because its going to allow you some huge salary relief in the rest of your lineup. With this line you are getting Chicagos #1 unit as well as their Top PP line.  Also Boqvist is flying under the radar right now as captaining the hawks #1 PP and you can sneak him on to your stack at a MEASELY $2700! Yes please! Feel free to get him in some Cash game lineups also.

Typically you want to play the full line stack, but i just cant let myself put Zack Kassian on my GPP team. If you want to take the risk then feel free, but i just dont like the guy as a hockey player. Hes the grinder besides Mcdavid who is expected to do all the dirty work in the corners and every once in a while he will get an easy tap in goal from McJesus himself, but i dont really want to take the chance, so instead im using Barrie as apart of my stack. As we stated earlier Barrie will be seeing all he can handle on the top PP with Klefbom being out for the season.

I really love this Edmonton Vancouver game as it has a very good chance at being a high scoring game.  Edmonton still hasn't addressed their horrid goaltending so we can expect their opponents to fill the net with ease again this year.  This stack comes with a huge discount and i cant figure out why! I would definitely make a few lineups with this stack! Once again we are getting a teams #1 line as well as all 4 players who have cemented roles on the top PP unit. Enjoy the discount now because it wont last on these guys.

Check back in on Wednesday Morning and I will post important updates on the top of the page.  Also its very important to do yourself a favor and 30 minutes before puck drop jump on to some starting lineup websites just to confirm your goalie is starting.  With covid this season its going to be more important then ever to make sure you are verifying this. You can follow me on Twitter @Dlukacz9 and ill be providing pregame updates as i can! Also feel free to ask me ANY questions if you need some help putting together a lineup!

Good luck everyone and im looking forward to a very profitable NHL season !