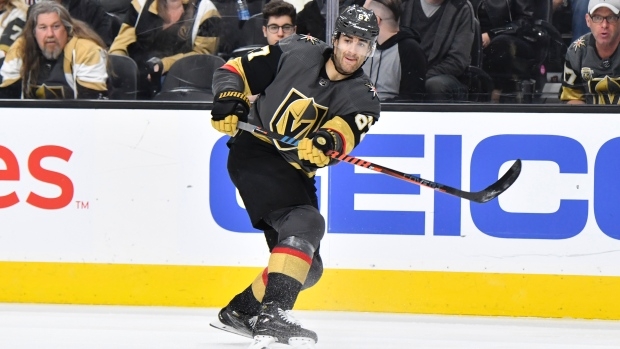 by Dan Hickman and Dave Lucacz

You can find us on twitter @DanH720 and @Dlukacz9.

So, that unprecedented “qualifying” round is now over with along with the round robins.

Well, I hope that you enjoy an adventure, perhaps even a journey.  I say this because we have quite a bit of late news and some sprinkled possibly throughout the day tomorrow to be on the lookout for.  It is a slate where I would advise considering rostering someone in the last game (seem familiar? Maybe even kind of like last week even a bit?) in that coveted “utility” position on DraftKings, if not some others as well.  Dave and I will throw in something new at the end of this, a play or two that warrants consideration over on FanDuel for tomorrow.  It is one that as of right now with uncertain information, I would find myself building different lineups for different scenarios just to make tomorrow easier.

-I would keep an eye on their blueline and make sure we see Werenski, Murray, etc. back in before rostering them of course, but seems they should be fine and back in the lineup. If not, I might plan on getting richer on Tampa’s top line, and with Kucherov, Sergachev, etc. but so far, every indication these guys will play.

5:30 PM EST- Calgary “@” Dallas- Stars Center Tyler Seguin was deemed “unfit to play” in the final round robin win versus St. Louis on Sunday.  Make sure to check his status for Tuesday.

8PM EST- Carolina “@” Boston- Boston Winger David Pastrnak deemed “unfit to participate” in today’s practice, but expected to be on the ice tomorrow, keep an eye out

-Carolina Defenseman Dougie Hamilton( might play tomorrow, also. Be sure to check in the morning. *IF Dougie doesn’t play, D Sami Vatanen ($4.9k DK/$4.4k FD) is in play with a probable L1/PP1 role he had in the qualifying round.

10:30PM EST- Chicago “@” Vegas- Expecting Max Pacioretty to be ready for game one.

William Karlson-$5.5k DK- Since playing the three games in the bubble, “Wild Bill” is shooting the puck at a rate of 8.14 shots/60. We would not put too much stock into that, but we do know the playoff matchup here as well, versus the Hawks and what that means in terms of expected offensive output, and more opportunity in DFS. We also do not see him being bumped down from his L1/PP1 role here and do anticipate Pacioretty back in their lineup as well.

Pierre-Luc Dubois- $4.9k DK- Visually, we would say we saw the continued development of this incredibly talented first-round draft pick in this qualifying series victory against the Maple Leafs. In those five games thus far, he’s averaging 5.77 shots for per 60 minutes, but the hat trick is what everyone noticed. Kind of his thing, nothing to write home about there in regard to shot rate, but we really like his role regardless and a bump up if Hedman does not play (or plays banged up, we will be watching this closely)

Nikita Kucherov-$8k DK-need quite a lot out of him, so for me, depending on your build, would not fault anyone for playing him in any format. If Hedman misses, Sergachev would more than likely be out there when 5v5 as well as on the PP, which is very enticing, especially when we think about the high Columbus is coming in on, which gets wrecked, all the time in this league…LOL had to say it!

David Pastrnak-$7.8k DK-sure, a matchup with Carolina is usually concerning as they are a strong defensive team with good structure and don't give up much.  However, even during what I would call Boston "taking round robin games off", Pastrnak has been firing the puck at will a lot, just is not getting through to the net as much as usual.  I can see that definitely changing here versus what I refer to as suspect Carolina goaltending, the achilles heel of the Canes.

Jonathan Marchessault-$6k DK-one of my favorite values at the position on the slate, period. He is $1200 less than Pacioretty, who is returning to the lineup. Alternatively, we could get behind Patches if it fits in with the rest of your plans as historically he is a nice rate shooter for the Knights.

Patrick Kane-$7.4k DK-but to be fair, he is almost always in consideration and even in a much tougher matchup here than in the qualifier round. He gets all the minutes, sometimes double shifted when the game is on the line or they desperately need something as well as usual.

Value-Dave's favorite value play is Foudy(CBJ)-$2.7k/L3/PP1*-make sure to check that this holds, because we all know Tortorella will do Tortorella things, like changing his lines last minute before gametime.  He doesn't need to do all that much to hit value in your lineups.

*IF Dougie Hamilton-$6.3k DK is playing, he is certainly worth considering at the top as is Vegas Defenseman Shea Theodore-$6.5k DK/P2/PP1.  Right now I am probably taking the additional 200 for Theodore over waiting and seeing with Dougie in a very tough matchup, so may save Hamilton for GPP's as a swap in option later this evening. Next would be Hedman-$5.9k if he plays. If Hedman doesn't play, Sergachev-$4.1k DK stands to be the direct benefactor stepping into Hedman's PP1 role with that Tampa firepower and is one of my favorite plays today at defenseman if this happens.

-Erik Gustaffson-$ k DK- nice value option for the Calgary Flames, one of Dave’s favorite core plays.  Sees time at 5 on 5 on the third pair and is quarterbacking the top PP unit.

*If Dougie Hamilton does play, I would not roster Sami Vatanen as we expect Hamilton to take over on top pair/PP1.  However, if he does not go, then Vatanen is definitely in play at $4.9k DK and $4.4k FD.

Andrei Vasilevsky-$8.3k- I am going to start this off with just saying I don't like paying north of 8k for goalie in a DK cash build typically.  However, Vasi is projecting well here, being the top point projection on the slate, and I also like the narrative of Columbus coming in kind of flat today after that emotional 5 game series win over Toronto.  Plus, Columbus likes to fire the puck as much as they can, which gives Vasi a nice chance at both a win and 35 save bonus.

Tuuka Rask-$8k DK- It wasn't pretty so far in the bubble for Rask and the B's. However, I would not be shocked to see a bounceback performance for the Bruins.  Couple that with fact Carolina doesn't struggle to shoot but sometimes struggles to score and finish off their chances and this is a flow chart goalie play for me as well.

Honorable Mention- either VGK goalie @$8.2k DK, Fleury or Lehner whoever starts to go with a Vegas stack, just don't expect it to go low owned. If you need a cheap, high upside goalie in GPP, though risky we both like Korpisalo down at $7k DK if you're not on Tampa in the same lineup of course.

Dave- TB2 (Killorn, Cirelli, Johnson @ $11.3k DK)-Killorn and Johnson also should be getting PP1 time today while Cirelli will be on PP2. Dave has got me also big on this line today as it provides a nice value while freeing up your builds to go get those higher priced stacks and studs you prefer.

Dan- Obvious is one for me is VGK1 (Pacioretty, Stone, Karlsson @ $19.4k DK).  Though very expensive, if you read our previous articles the Hawks are a team worth picking on because of their defensive struggles and open style of play.  If this turns out to be the most heavily owned stack of the night I will have less exposure, but they are too hard to ignore and I would argue we can certainly get different in our second stack to go in the same build as this one.

Have a great slate everyone!