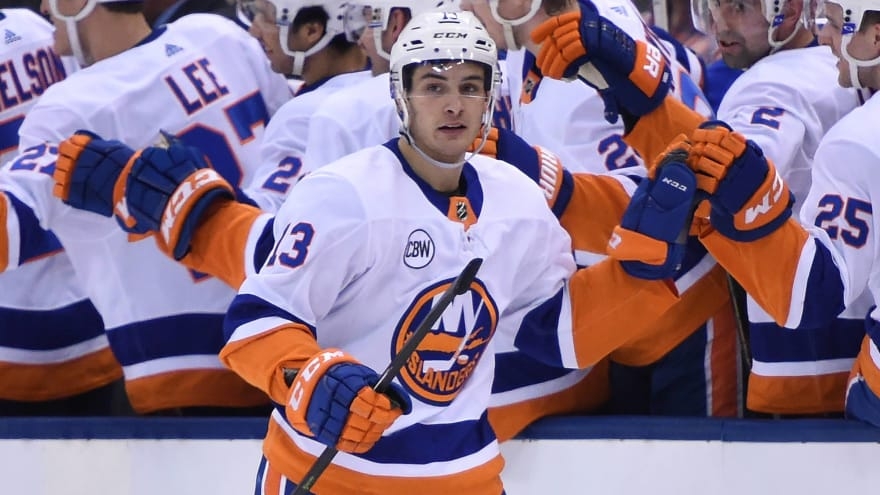 Hello everyone, it sure is weird to not be watching a hockey game right now and during normal business hours.  I say that because for nearly three weeks now this has been the norm.  But times are changing as we had some eliminations in the first round of the 2020 Stanley Cup playoffs and have just two games on the slate tonight.

I am going to cover some bets I placed for tonight’s two game slate.

At the time of writing this (around 5pm EST) I have noticed that on FanDuel sportsbook the over line has moved to 5.5 yet remains at 5.0 on MGM and DraftKings Sportsbooks.  Though I would prefer better odds than -134, this is comfortable this evening for this matchup.  The Islanders come in with a 5-1 record on the over in their last 6 as the “road” team.  Digging into this deeper, the Capitals tend to overlook the Isles’ second line in this type of matchup and focus on slowing Barzal, Lee and Eberle on the top unit.  Interestingly, the Isles are 6-0 in their last six games versus the Capitals as a road team, including some from regular season we can toss out but in all bubble games this has also been the case.  Furthermore, Holtby is showing the worst goals saved above expectation of any goalie in the bubble thus far at -0.36, whereas Varlamov is second only to Carter Hart in the same category.  If you want to make a moneyline play on this game and are forcing me to pick a side, I will go with the Isles due to the aforementioned reasons coupled with fact there is still a little thin value on them at ~-105, essentially making this a pick em.

It is worth noting that the top lines of these teams have mostly cancelled each other out when on the ice during this series so far.  Khudobin has been solid in net for the Stars while number one goalie Ben Bishop is still deemed unfit to play.  Dallas has also been successful in dictating the pace of play so far in this series, keeping things slowed down which really hinders some of the top level talent on the Flames like Johnny Gaudreau for a good example.   Furthermore, the Stars are on a 5-1 run when it comes to playing the Flames as the away team. It’s worth noting that Joe Pavelski, centering that second line, has had the most high danger chances for per sixty minutes of any Dallas skaters in this series, making me like this spot a little more and giving me the confidence to back the Stars. Though we may have the catalyst and force that is Matthew Tkachuk back in the lineup for the Flames tonight, this is still a good spot to jump on the Stars if you want a third and final play tonight.

Enjoy the games and Good Luck tonight everyone!! :)