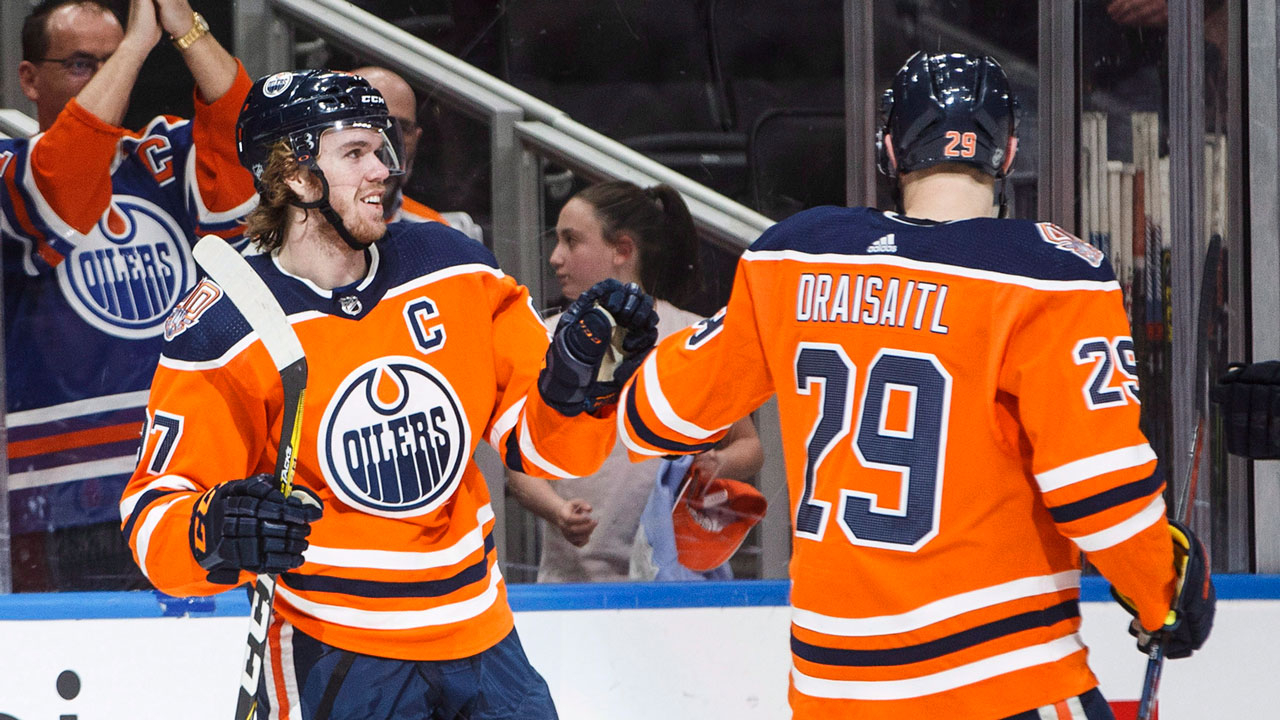 Now that all the fantasy football drafts are complete and two dozen NHL mock drafts are in the books, it is now time to finally focus on the NHL fantasy season.  This article will be covering the centers, left wings, and right wings, or forwards as a cover-all.  I will again run separate defense and goalie articles to cover each position more deeply and for those later-round gems.  This will also just cover the top ten, so first let me congratulate the Stanley Cup Champion Colorado Avalanche and their amazing playoff run while defeating the back-to-back champion Tampa Bay Lighting.  This series of rankings are based on Yahoo Sports 5x5 where hits count, as do Shots on Goal (SOG).  Adjust accordingly to your own rankings and scoring systems, which is the sagest advice to give any fantasy drafter prior to getting rankings.

1) Conner McDavid; C, Edmonton Oilers - This is about as sure a thing as Apple stock was in its day.  I've watched and played hockey for 45 years and I haven't seen someone skate at this speed and operate at that level since Sergei Fedorov and Paul Coffey before that, and McDavid may be faster...just an amazing player to watch.  Unless your league has some backwoods scoring system, McDavid is the unanimous number-one pick in every single draft.  G43, A102, Pts145

2) Leon Draisaitl; C/LW, Edmonton Oilers - As long as Leon is with McDavid, they are both going to be in the upper tiers of NHL season scoring leaders and leaders in most offensive categories.  Either one of these two could win the Art Ross Trophy for the season's leading scorer as they look like Evander Kane make one deadly top Power Play Unit and even strength.  Draisaitl is an amazing player, and I see no problem if you drafted him number one overall.  G53, A69, Pts122

3) Auston Matthews; C, Toronto Maple Leafs - The back-to-back Rocket Richard trophy winner and 60-goal scorer last season could also go as the top overall pick.  I'm thinking Matthews is going to get 60 goals again this season and is one of maybe three players who if everything goes right could pot 70 goals, but I won't print that quite yet.  The Maple Leafs are loaded up front, and I think all this team needs are a Patrick Kane-type player, and a solid veteran defenseman to show these kids what it takes to win a Cup.  They also could do what Tampa did last year after playing a million games the last seven years and don't hit the gas so hard all season and save some legs for the playoffs, yet again they are all youngsters so that shouldn't be an issue.  G66, A51, Pts117 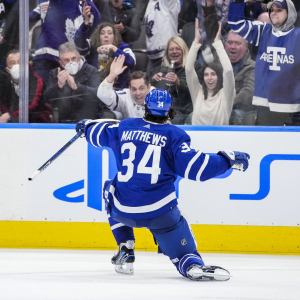 Get used to this image NHL, should be 60-70 per season

4) Kirill Kaprizov; LW/RW, Minnesota Wild - The sky is the limit for this young Russian, and the only thing that could possibly slow him down was his linemates not being able to keep up with him.  That issue seemed solved after a huge season from Kevin Fiala, and now as the Wild finish eating the Parise and Suter contracts, they may be able to add some solid vets to join the always-good drafting of Minnesota.  Kaprizov is a contender for the trophies at seasons and, and Minnesota being a contending team makes the NHL much more interesting.  Draft Kirill confidently and reap the rewards of this swift skating threat. G50, A58, Pts108

5) Nikita Kucherov; RW, Tampa Bay Lightning - This is still one of my favorite players to draft and own on as many teams as possible.  He has been dinged up a bit the last few seasons, but this man can score at will.  Tampa hasn't had their last word in their run for Stanley Cups and is still the team to beat in the east.  Kuch plays on the top line, and top power-play unit with Stamkos, Point, and the perennial Norris candidate Victor Headman.  Look for another 100-point season from this savvy scorer and to double the punch in your leagues, try and get the linemates as well. G45, A61, Pts107

6) Nathan MacKinnon; C/RW, Colorado Avalanche - Speaking of being dinged up, the newest Captain to hoist Lord Stanley's Cup is certainly fitting for that roll.  Regardless, he is just as capable of playing all 82 games and throwing up 120 points on an extremely loaded Cup-winning team, so don't fade him too hard...I'm a lifelong Red Wings fan and still love drafting this former Halifax Moosehead, and you should too.  Mac still hung 88 points up last season in only 56 games, so draft him accordingly, but know what a stud you're getting. G41, A60, Pts101 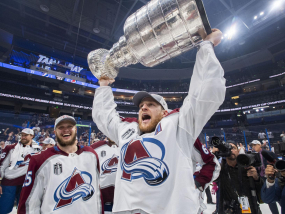 This could be you with MacKinnon in your draft plans

7) Mitchell Marner; RW, Toronto Maple Leafs - I've followed Marner's career since Juniors and this a player who knows how to win, and scores with ease is the other.  He could very well score 100 points each season, and now that he's opted to start shooting more, the power-play goals will add up as fast as the power-play assists.  Mitchell loves dropping the dimes, especially to the fasted gun in the east Auston Matthews, and will be a top-ten pick for the next five to eight years.  He missed ten games last season and being on the smaller side Marner may need to sit once in a while, but not to worry, it was one season. G31, A65, Pts96

8) Alexander Ovechkin; RW, Washington Capitals - Had we not had Covid, Ovechkin would most likely already be second all-time in goals scored, but it happened so we move on.  He still plays with the energy and excitement of a kid, his passion is as big as Alaska, and these next few seasons are going to be a joy watching him chasing historical immortality.  Ovi gets such a high ranking for me because of Shots-on-Goal and Hits to mix in with his elite scoring skills, and you should not discount him due to his age.  I think that he gets 50 goals again and breaks his tie with Bossy and Gretzky for most 50-goal seasons, all tied at nine. G55, A40, Pts95 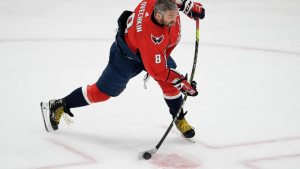 Ovechkin can contribute with much more than goals

9) Matthew Tkachuk; RW/LW, Florida Panthers - The newest player in South Beach gets in my Top-10 because of his physical intangibles.  He hits, blocks shots, and scores goals. And if your league uses PIM's and Plus/Minus, even better for you because Matthew Tkachuk is going to be the player to get the Panthers out of the first round.  Teams always have to learn to crawl before walking come playoff time, and the Panthers took a beating by the Lightning last season after winning the President's Trophy.  Not this season though, I see a 90-point season and tons of power-play time for the former Flame.  G41. A54, Pts95

10) Mikko Rantanen; RW/C, Colorado Avalanche - This is such a safe pick, we all know what Rantanen's floor can be, a solid 90 points in my opinion.  I think his ceiling is a solid 120 points if everything falls right and the puck bounces Colorado's way.  This year that 120 may not be attainable though as every team in the league will bring their A-game against the Cup champions, and that constant pressure may rattle some players.  I still feel very comfortable spending over $50 in an auction draft, and a definite first-rounder in roto-drafts for all leagues, draft Miko with confidence. G36, A59, Pts95