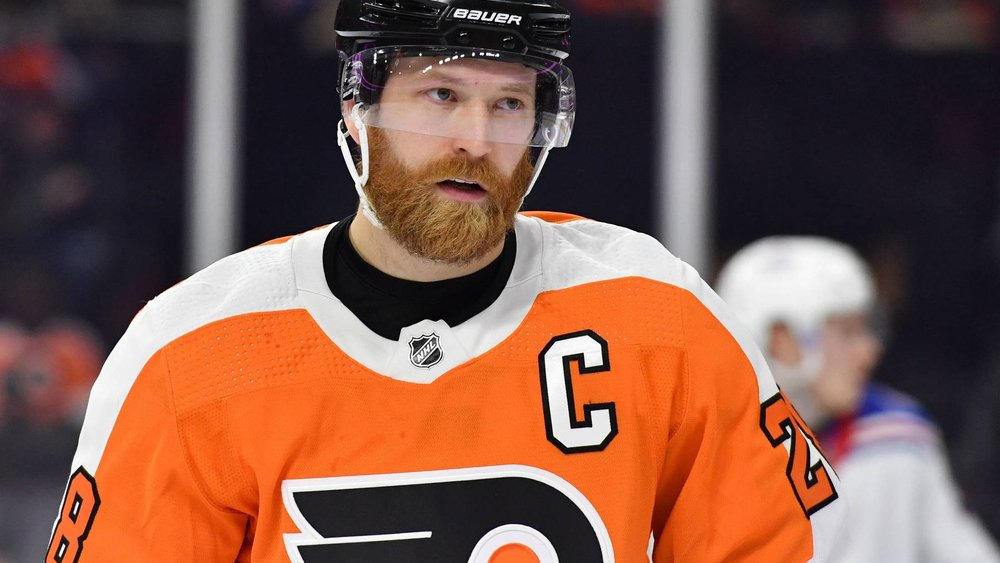 I have to be honest, the NHL trade deadline may be one of my favorite days of the year, and was even more so when the Red Wings were pounding Colorado and flying banners!  There's always a surprise, winners, losers, and hopes of future growth and winning now.  There are many players of interest/fantasy value that are going to be needing a change of address cards from their local post offices. It may seem I have the Florida Panthers as a landing spot for many of these players, but I really feel the Panthers will stand pat unless adding some cheap forward depth or possibly trade Owen Tippett and some picks for one of these players.  The majority of these players are a "Rent-A-Player status", and Unrestricted Free Agents at season's end, but one of the biggest fish on the market is not, so let's get to the players who should be moving on Monday, March 21st.

Claude Giroux - C/RW, Philadelphia: This one has to happen, the Flyers need to rebuild toot sweet, and getting anything of value for a declining superstar needs to happen now.  I've personally always had hopes that Giroux would eventually bring the Cup back to Philly, but that team has continually disappointed me, and as a Rangers fan it feels good.  There are many playoff teams that could use a good third-line center and power play expert.  He will be going to one of the top contenders though, not some barely hanging onto playoff life eighth seed such as Washington, but Giroux needs to wave his "No-Movement" clause.  I feel he will.  Most NHL players would take a trade to Greenland if it meant playing meaningful pucks in June.  Toronto is a very possible landing spot with a little wiggle room of cap space due to long-term IR players.  Giroux would be a great bottom-six threat or mix him into that deadlier than a black mamba top-six forward group and it could be the jolt a 32-year skater needs to find the fountain of youth.

Jakob Chychrun - LD, Arizona: Here is the big fish on the market.  Chychrun is signed for $4.6 million per until 2025 and is only 23-years-old.  Arizona already has eight picks in the first two rounds of this year's NHL Draft and will add to that drastically should they decide to part with this stud.  Now every team in the league, playoffs or not will have lines in the water for this catch, as he has years left, is very good, and very young.  I think I need to be the GM of the Coyotes, I obviously know more about players than their current GM/Scouting Department, and that's sad that they cannot put a winning product on the ice down there.  The "For Sale" sign on the arena is for all the players and this player will cost you a lot in picks and players for sure.  A legit top-pair defender and all I can picture is him in a Rangers uniform, as he is what they need right now to pair with Adam Fox and not Trouba. I would love to see him in Winnipeg, they need to tighten the defensive reigns big time. 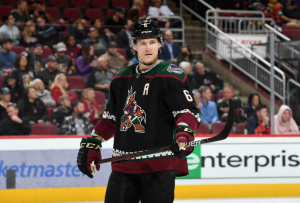 Tomas Hertl - C/RW, San Jose: A difference maker for sure, and a UFA come seasons end, Hertl is out of San Jose.  They blew their load years ago on Erik Karlsson, paid Brent Burns, and have already dumped Joe Pavelski a few seasons back.  San Jose is also in a rebuild, they have to know this, and have to know the value Hertl will bring in return.  The Sharks have plenty of cap space available to resign Hertl, but I feel this ship has sailed, and after tasting the Cup Finals Tomas is hungrier than most Sharks for June hockey.  Only 28, and sure to get a first-round pick in return, San Jose will move Hertl as the extension negotiations have drastically stalled, and be sure Doug Wilson will get this done, as a GM who knows his job very well. 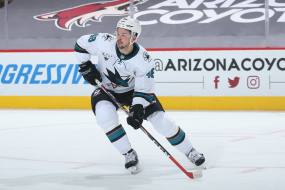 A Shark In New Waters?

John Klingenberg - RD, Dallas: Still a team on the fence of the playoffs, Dallas could buy or sell at the trade deadline.  With numerous aging superstars and huge contracts, the Stars will move the unhappy rearguard.  Dallas fans cannot be happy about losing one of its once-favorite sons.  After asking for a trade on January 7th when the Stars failed to extend him, things have soured in this relationship.  Will Dallas ship him off or hang onto to Klingenberg and try for one last playoff push with it's own veteran-loaded squad? A right-shot defenseman is a coveted prize in the NHL, so expect some Klingenberg news either way. 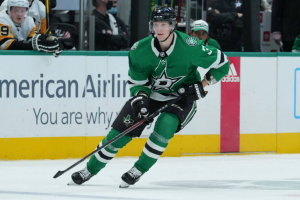 A New North Star in Toronto?

Other Players that will be on the Move:

I can elaborate even deeper if you want to discuss the NHL Trade Deadline, or talk baseball, finally and the NFL Combine/Draft and pending Free Agents @PolkaPat jack of all trades, master of none!