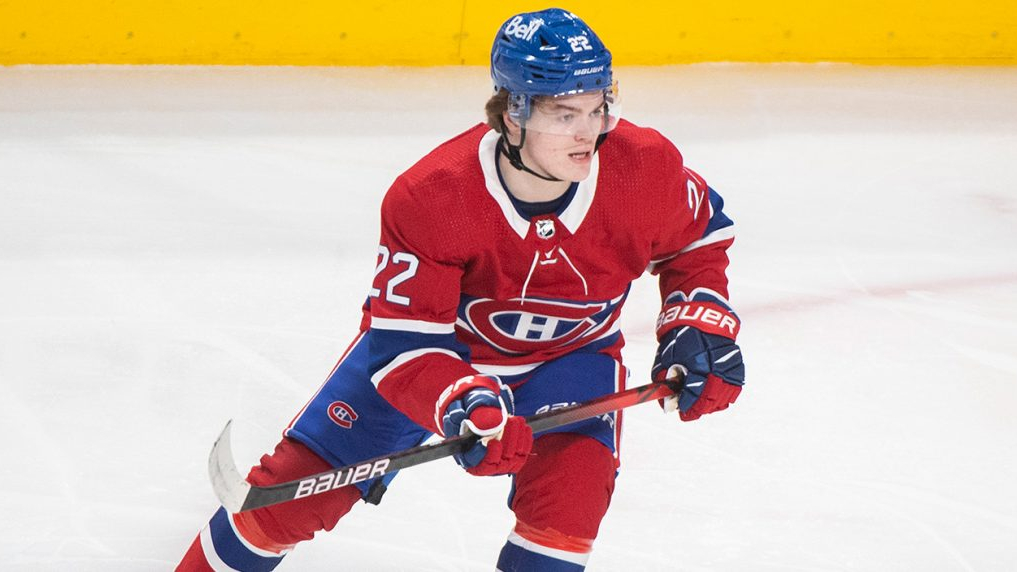 NHL's Hottest Players to Add for the End Run

As we close out February and some of the cream is rising to the top, there are multiple players in new situations that may help right your ship before the trade deadline.

A new GM in Montreal, Martin St. Louis, a new head coach in Edmonton, Jay Woodcroft, and a renewed lease on NHL life, Evander Kane.  Who had better be owned all over, but anyway let’s take a look at a few players now and see where you can seek help.

Many Montreal Canadians: the little big man, GM Martin St. Louis has breathed new life into a team dying on the vine, and the Habs have won the last four.  First, Pre-Season Calder Trophy favorite Cole Caufield (50% Owned in Yahoo) has suddenly stopped sulking and has been on a tear these last four games with 4g,4a, 13SOG, and +/- plus 7 in these contests.  It may be wise of you to grab him as the Habs go Devil may care until April 8th as I did, just in case.  Josh Anderson (19% Owned) took a puck in the chops last night, but if your league rewards for hits, Mr. Anderson is a big contributor in that category, and helped me last season coral in the second-place team and bypass them in the Hits category.  Nick Suzuki has two goals and three helpers over that same four game span, just be wary of plus/minus leagues where these fellas will eventually get burned.

On the defensive side of the puck for Le Blu Blanc Rouge Jeff Petry, D (50% Owned) is finally starting to play up to his draft position.  Over this last seven days he has chipped in one goal and three helpers, is plus +4 and has nine Shots on Goal.  Winning is contagious as we can see in Montreal.

Patrik Laine, LW/RW – Columbus: (84% Owned) is still available in a few leagues and has been nothing but scorching hot since January 27th when he started a 10-game point streak; 12g,8a 3ppg, and 34-SOG.  I wouldn’t wait another minute to grab him if he’s available, so quit reading and go grab him! He’ll be he highest owned player I’ll ever mention here because his play of late has been inspiring. 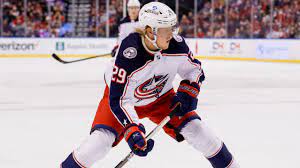 Rickard Rakell, LW/RW – Anaheim: (12% Owned) in the last week has three goals and one apple while putting shots on net in the last three games.  There is a lot of talent on the Ducks roster, most to few winters and a few to many winters, but Rakell is right in between these guys.  As the future leader of this squad where he has a stable of young Calder worthy horses to run with, Rakell is a nice grab and stash or DFS option also.

Trevor Zegras, C/LW – Anaheim: (52% Owned) speaking of Ducks and Calder trophies, Zegras is still only owned in 52% of all Yahoo Leagues.  What are you waiting for man, over this past week he has lit it up with one goal, five assists, four SOG, and two Power Play Points.  Like many above, Zegras is multi-position eligible and should be grabbed now. 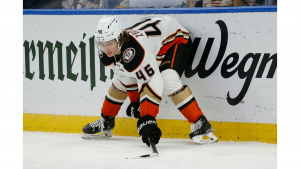 Mason Marchment, LW - Florida: (33% Owned) is the player who had me double taking the TV when I heard his name again and again and again all week while watching the Panthers own 100% of the NHL this season. With three goals, one apple, and plus +5 and six shots on goal, Marchment is getting key minutes now with Barkov and Huberdeau and it is showing.

Boone Jenner, C/LW – Columbus: (56% Owned) has been the hottest skater of the last seven days, and third hottest over the last two weeks.  Boone has chipped in for the Blue Jackets all over the ice, and on the offensive side along with Patrik Laine is leading the Jackets into a useless wildcard chase after Boston for the 4th spot in the division.  Yet Jenner has contributed two goals, six assists, plus+5 along with 16 shots on goal and 11 blocked shots.  Jenner’s ownership has jumped 10% over the last week, so if you want him, you had better grab him. 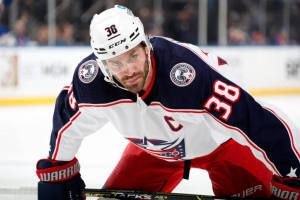 Another day in the trenches for Captain Boone

If you want to talk pucks, baseball, or football drop me a DM @PolkaPat on Twitter and we can yammer on for days. Now back to research for TGFBI Invitational!