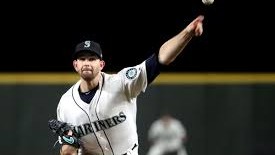 The American League East has long been a breeding ground for new players from year to year for two teams, the New York Yankees and the Boston Red Sox. Generally the Jays, Rays, and Orioles pick up some scraps, and usually some cheap scraps for the most part. This year the World Champion Red Sox decided to really not do anything, while the Yankees were active. This year the Rays made a few decent moves while the other two are garbage pickers as always. Let’s take a look at the players now calling the AL East home.

James Paxton, SP, New York Yankees. Paxton has a world of talent, but his 28 starts last season were the most of his career. That is the only negative thing that you can say about him. He is 23-11 over the last two seasons, and in 2018 struck out 208 batters in only 160.1 innings. Yankee Stadium isn’t an ideal pitchers park, but I don’t think it will have a drastic effect on Paxton’s production. Paxton is a step below the elite pitchers in the Majors, but he is generally a fourth to fifth round pick in fantasy drafts.

Mike Zunino, C, Tampa Bay Rays. Man the chances are this guy is going to really hurt you in batting average, but at the same time few at the position offer as much power as Zunino. He has 45 homers in the last two seasons, despite only averaging 380 at-bats per year. Tampa Bay isn’t exactly a hitters paradise, but I actually expect Zunino to get more plate appearances in Tampa than he has in Seattle. He isn’t an elite option at the position, but he certainly is in the top 12 catchers and is a decent option to be your backstop. Just be prepared he might hit .210 or possibly a little worse.

Charlie Morton, SP, Tampa Bay Rays. Morton isn’t a flashy, sexy name, but he isn’t a bad pitcher. He had an awesome win-loss record last season with his 15-3 mark with the Astros, and he certainly won’t repeat that with the Rays. He also struck out 200 batters last season, another number I don’t expect him to repeat. All that being said, I do expect a good season out of Morton. He could win 12-13 games and have a 3.50 ERA with 165 strikeouts. Injuries are also a concern, although he generally hasn’t had major injuries outside of 2016. That is the only season that he didn’t at least make 20 starts. He is a bit of a gamble, but Morton should be a solid third starter in your fantasy rotation.

Bud Norris, RP, Toronto Blue Jays. Norris has been a closer in a few different locations in the past few years, but never was given the job from the start. That being said, he has generally been fairly successful. His ERA and WHIP are generally a mess, but he generally did ok as the closer. He goes to Toronto who will have Ken Giles to close to start the year, but he has faltered in the past. I actually like Giles to hold the job this year, which will keep Norris in the 8th. However, if Giles does get hurt or pitch terribly, Norris could easily move into the ninth inning. Don’t draft him, but the situation in Toronto is one to watch.

Troy Tulowitzki, SS, New York Yankees. Do you like players on the DL? If you said yes than Tulo is the man for you!. He has never played 162 games, but he has played 125 or more in three of the last five years. He goes back to a great hitters park in New York, and he won’t be a part of the heart of the Yankee lineup. This actually means if he’s hitting eighth or ninth he will likely see a lot of pitches to hit. At this point where you can draft him (if you have to draft him at all), there’s no risk. So if you have a deep bench he actually might not be the worst guy to take a chance on. He did hit 17 and 24 home runs the last two seasons he was reasonably healthy.

Freddy Galvis, SS, Toronto Blue Jays. It took Galvis a few years to get an opportunity to have regular at-bats in Philadelphia, but the past few years when he has gotten a chance he hasn’t done half bad. His batting average has never been strong, but it isn’t embarrassing. Toronto isn’t exactly a hitters paradise, but I wouldn’t be surprised if Galvis was able to hit .240 and 15 home runs in 2019. He isn’t someone you need to draft, but someone to definitely watch in Spring Training and early April.

Clay Buchholz, SP, Toronto Blue Jays.  Buchholz was actually quite good in the second half for the Diamondbacks last season, but it was the first time in many years where he was even decent. Buchholz has had trouble staying healthy, as well as walking too many and giving up too many home runs. Buchholz also isn’t a big strikeout pitcher so his upside is very limited. Toronto is a good park to pitch in, but the team won’t be very good, so his win total also won’t be high. Buchholz is not only a wait and see kind of guy, but a guy I want almost a solid month of production before I would give him a chance.

Richie Martin/Alcides Escobar, SS, Baltimore Orioles. It has been a few years since Escobar has been fantasy relevant, and that’s completely because of his stolen base potential. Escobar has never hit double digit home runs in a season, and his average has been .261 or lower for five of the last six seasons. He is likely to start the season for the Orioles at shortstop. However, the O’s did draft Richie Martin in the Rule 5 Draft and I believe he has the much higher upside. He isn’t a power hitter either, but he is just 24 years old and has much better stolen base potential, especially on a team that should be giving runners the green light most of the year. Watch to see if Martin gets the job and gets off to a decent start.

Nate Karns, SP, Baltimore Orioles. I liked Karns back in 2015 when he was on the Mariners, but the wheels have fallen off for him in the past couple years.  He hasn’t been able to stay healthy, and he hasn’t been good when he has been on the mound. Karns does have a very solid strikeout rate, which is what keeps him on my radar, but Baltimore is going to suck and he will give up too many home runs. I’ll watch him, but it will be hard to trust Karns in 2019.