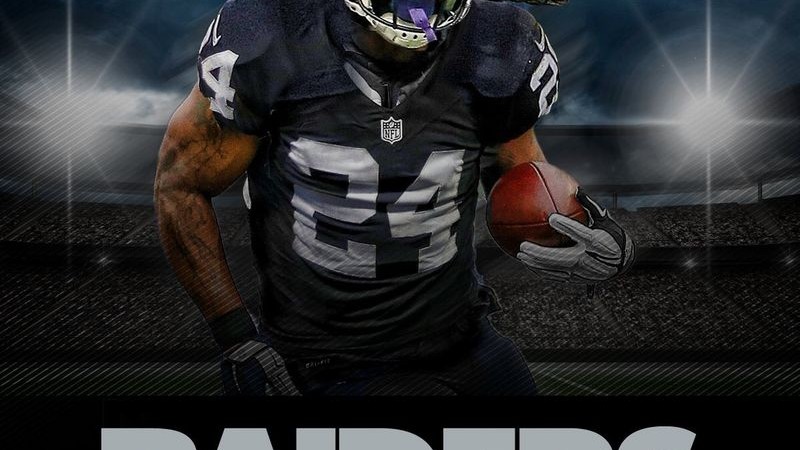 A few weeks back I covered the new faces in the NFC, and now it’s time for the American Football Conference (AFC). In case you missed the NFC version, you can find it right here. Anyways, players never seem to stay in one place, so let me help you keep track of all the offseason player movement!

Brandin Cooks will bring a new element to the Pats offense this season.

The AFC is home to the newest dynasty in the New England Patriots, and they did not stand pat (pun intended) come free-agency. Their big acquisition is that they traded for New Orleans Saints former number one wide receiver, Brandin Cooks. Now before we slip and trip in our own salivation with the thoughts of Randy Moss days, just remember how much Brady spreads the rock. At only 23 years old, Cooks will be here until Tom Brady retires, and may be getting himself sized for a Super Bowl ring until the league can out smart Belichick, and outplay the Patriots.

Cooks only had three 100-yard games and eight touchdowns last season in New Orleans' pass happy offense, and the Pats have a wide receiver corps just as deep with Julian Edelman, Chris Hogan, Danny Amendola, and up and coming stud, Malcolm Mitchell. Cooks will have similar numbers to what he produced in New Orleans, and will represent a nice downfield burner.

Along with trading for Cooks, New England also added Buffalo running back, Mike Gillislee, while letting 16 touchdown machine, LaGarrette Blount walk. Gillislee will share time with James White and Dion Lewis, but will see plenty of action in the Pats, productive offense. Former Colts tight end, Dwayne Allen also makes his way to New England to fill the productive shoes of Martellus Bennett, and offers a solid safety net for the oft injured, Rob Gronkowski.  Allen will thrive in the Patriots system, will see plenty of action, and should be drafted accordingly.

The Oakland Raiders made quite an off-season splash with the luring of Marshawn Lynch out of retirement. Is this really an upgrade over Latavius Murray? Lynch is a guy who has spent the better part of a year on his sofa, but swears he’s in “football shape”, whatever that equates to.  Lynch will be the Raiders bell-cow back, with DeAndre Washington spelling him, and Jalen Richard as the third-down back in the passing game. If Marshawn can be as great as he was in Seattle, then this is the one-year steal of the century. However, Oakland running backs face one of the tougher strengths of schedules this season and have a recovering Derek Carr coming back into the mix, so tread lightly when drafting Raiders, I certainly will.

Speaking of the Raiders passing game, they also signed career underachiever, Jared Cook to play tight end. I just can’t see the reasoning in paying a guy up to $12.2 million after a 30 catch, 377 yard season, but I’m not the one making those decisions, I just get to criticize them. I see Cook posting very similar numbers in Oakland simply because there are just as many mouths to feed in Oakland with receivers Amari Cooper and Michael Crabtree on the wings.

The Denver Broncos went out and signed permanent sick-bay commando, Jamaal Charles and I do not see him being anything more than a change of pace back and handcuff to C.J. Anderson.

Baltimore added the multi-dimensional running-back, Danny Woodhead to give quarterback Joe Flacco another running back who isn’t a bell cow and is coming back from a September 18th torn ACL. Woodhead will come undervalued simply because he is coming back from a huge injury. He should be ready for training camp and will be drafted at a discount in both Standard and PPR formats. With tight end, Dennis Pitta getting dinged up again, Woodhead will see even more targets now, so make sure to grab him where you can.

The Miami Dolphins added their own underachieving tight end when they acquired Julius Thomas from Jacksonville. Thomas is a player who has yet to play an entire 16 game season in the NFL, and has yet to duplicate the back to back, 12 touchdown seasons he had before leaving Denver. I’m predicting that if he can stay healthy, he could net 53 receptions for 512 yards and six scores this year as he will be the fourth passing option available to quarterback, Ryan Tannehill, behind Jarvis Landry, DeVante Parker, and possibly even deep threat Kenny Stills.

Lastly, moronic Pittsburgh Steeler wide-receiver, Martavius Bryant has been reinstated by the NFL, and will give Big Ben another deep threat to take a little pressure off of all-world receiver, Antonio Brown.  With Markus Wheaton now plying his trade in the Windy City, Bryant has one less hurdle to clear in the wide receiver competition in Pittsburgh.

Be sure to follow me @PolkaPat anytime you want to talk sports, and read more of my rantings at Mastersball.com